The success of Peace Table Grapes 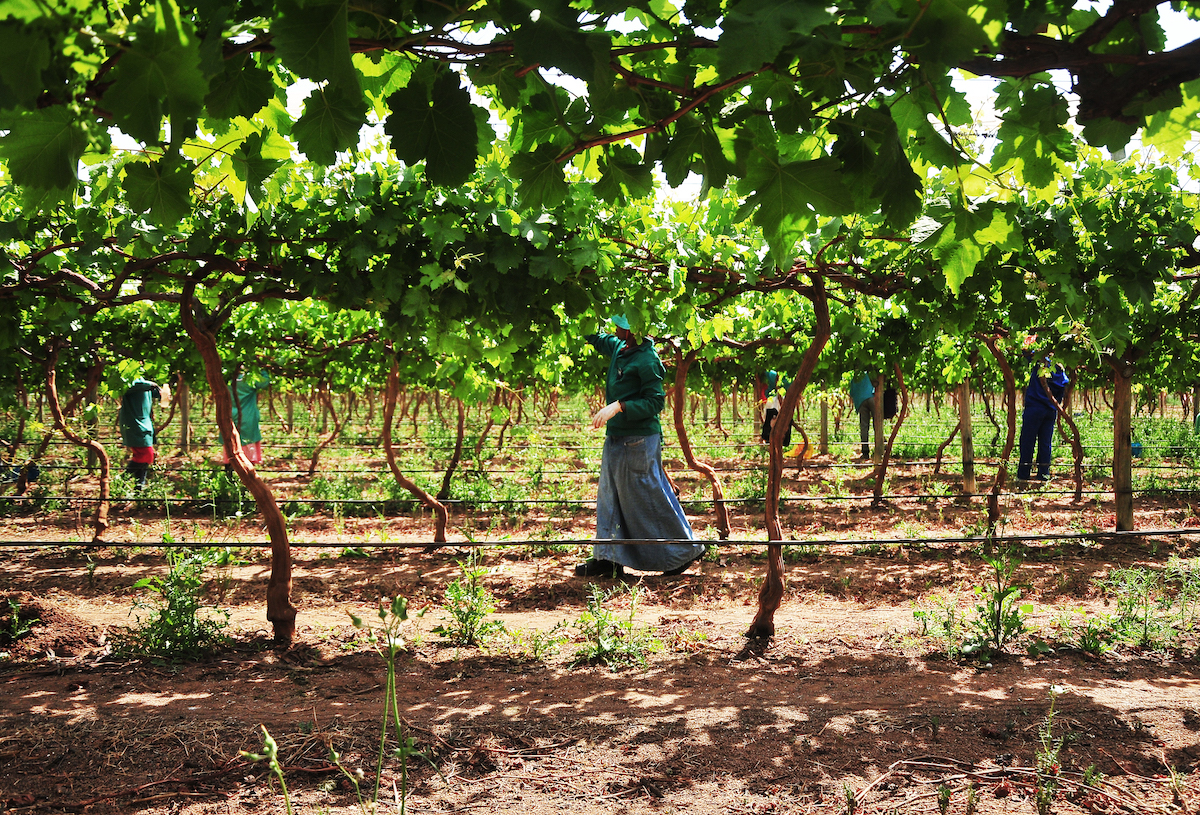 The Peace Table Grapes co-operative in Moganyaka village near Marble Hall is making its mark in a tough sector, farming table grapes which they export to markets in Europe, a fresh produce market in Tshwane and retail stores. Table grapes are not used for wine making but are instead consumed as fruit or processed into other consumables.

The women who operate on tribal trust land defied great odds to emerge as the only black woman grape farming co-operative in the country. Last year their harvest yielded 27 700 boxes of table grapes.

They were recently awarded in the export category of the Female Farmer of the Year Awards in Limpopo which also qualified them for the national prize which unfortunately eluded them. The top prize went to Western Cape wine producer Berene Damons. But the women of Moganyaka say this is only the beginning of good things to come.

Theirs is a unique project in that most co-operatives focus on vegetable production. But the Moganyaka women chose grapes instead.

“We realised that the soil here is good for this,” explains one of the directors Rebecca Lentsoane saying they took soil samples for testing before they undertook farming.

“We decided to do grapes even though it is a difficult project. It is a project that has a long-life span. It’s unlike when you cultivate cabbage today and next week it changes. This product will last for many generations because the trees will survive long if we take care of them,” says Lentsoane.

Although SA has been one of the world’s largest producers of table grapes for the past century, black women have only been involved in the multi-million-rand industry as labourers.

The Peace Table Grapes co-operative now employs 42 full-time staff, most of whom are women. During the last picking season they had a staff complement of 83, including seasonal workers.

Moganyaka, which is located in the Ephraim Mogale municipality is one of the poorest areas in the province with a dependency ratio of 72,8% and high unemployment. The co-operative which farms 10 hectares on tribal trust land was started by in 2015 .

The project also employs graduates on a two-year placement and offers experiential training for students from the nearby Tompi Seleka College of Agriculture and the University of Mpumalanga.

But it’s not an easy ride. Another director Moila Seoka says climate change impacts on the yield of their crop but they are assisted by applying modern mechanised systems of farming to monitor climate trends. While many co-operatives have collapsed Peace Table Grapes is now powering to its sixth year.

“Because we already know what we want and have a passion for what we want to do. If we fail, we sit down and try to find out what is the cause. We must stand up, pull up our socks and move on. For the other co-operatives to fail is because of conflicts and the fight over the money and here if we have money, we don’t say we have money.

“Right now, we won R125 000 but we don’t just share and use it for personal reasons. We sit down and check what our farm needs and after checking that’s when we can be able to share the remaining amount. Even if it’s not enough we must accept as long as our farm is kept sustainable,” says Moila, a former farm labourer on a white owned farm.

They adhere to strict bookkeeping and record keeping using both manual and electronic systems.

“To us this is not just a project. It’s a business. Our aim is to acquire private land and grow and help employ more people in this poor village of ours. If we get private land we can qualify for loans to invest in growing the business,” says Lentsoane. – Mukurukuru Media