The Road to Tanganyika: Part 1 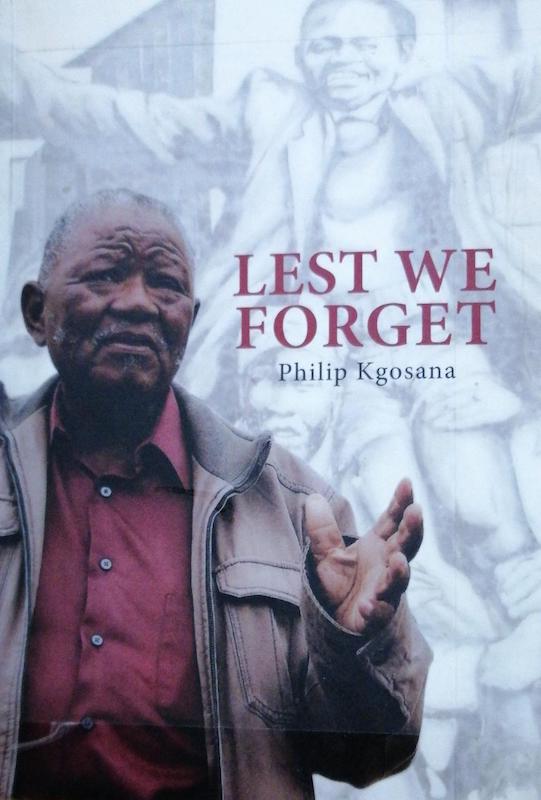 Our trial was adjourned for two months on November 6, 1960, because the prosecutor was going to get married. He therefore proposed to Magistrate A E Burger that we be released on bail of £25 each. At the beginning of the case, bail had been refused. We objected to the lengthy adjournment and told the magistrate that we did not have bail  money.

I informed the magistrate that I wished to spend the long recess with my parents in Pretoria. After some half-hearted objections, the prosecutor, Mr Cuff, agreed that I could go home under police escort.  I do not know who paid our bail, but that night, we were all released and I left for Langa Township with Ndibongo.

My room at Block C was still intact, and seemed never to have been occupied since my arrest. The few days I spent in Langa and Nyanga were exciting. We were welcomed everywhere as heroes. I left for Pretoria the following weekend and was met by my brother Sam in Johannesburg. The prosecutor had decided at the last minute that I could go to Pretoria unescorted.

My brother took me to a certain Mr Mahlangu’s residence in Mlamlankuzi  where I met Z B Molete, who had acted as President of the PAC during the incarceration of Sobukwe.

Also present was Chicks Nkosi (from Swaziland) and Helen Molapo, the heroine of the PAC. We later travelled lo Evaton to meet Joe Molefi, a senior executive member of the PAC.

In Molete’s house, I announced my intention to leave South Africa in accordance with Sobukwe’s instructions. The decision was vehemently opposed by Molete and Molefi, who saw the move as cowardly.

The decision to leave South Africa was taken in jail in Cape Town following a report received from one of our colleagues, Clarence Makwetu, who had visited Johannesburg during our imprisonment. He had not been arrested with us.

Makwetu had reported to us that Sobukwe had issued orders for the immediate dispatch of 10 000 youths to go abroad for military training in preparation for the next phase of the struggle.

Strangely enough, while Molete and Molefi objected to my departure, they produced Sobukwe’s letter, confirming his instructions. Their argument, as I recall, was that Sobukwe was out of touch with reality.

My brother and I left for Mofolo and on the way, we agreed that I should leave South Africa and take full responsibility for the action.   I had to choose between obeying Sobukwe or   Molete and Molefi.

I went to Lady Selborne to see my relatives, and the following Monday, on November 16, I   reported at the Pretoria police headquarters as instructed by Cuff.  As soon as I  identified  myself,  I was  taken  to  a  senior police officer who  demanded  to know why I had  reported  so late. According to him, I was supposed to report the police immediately on arrival in Pretoria.

He ordered that I should  report daily to the Hercules Police Station, about  five miles away from Lady Selborne. I told him that I intended to visit my  parents in Winterveldt, some 40 kilometres to the north of Pretoria but he would have none of that.

I would not let my oppressor have an easy go at me like that. The following weekend, I went to Winterveldt in a hired taxi after reporting at the police station as usual.  It had to be a short visit since I was expected to report at Hercules Police station every 24 hours.

My parents were happy to see me after the momentous events of March in Cape Town which had catapulted my name into history. When I told my father that I was returning to Cape Town to face a trial whose outcome could mean many years in jail, he called on me to face the enemy with courage.  Our family name had been imprinted in the annals of history, and nothing could change that.   I did not tell my parents that I was, in fact, planning to leave South Africa.   I thought they would find that hard to take.

Back in Lady Selborne that evening,  I decided to report at the  police station regularly as usual, in order not to raise any suspicions or jeopardise my escape plans.

Robinson Matseke, an old classmate at Lady Selborne High, came to see me where I was staying on Baron Street. He was working as a journalist with the World newspaper,   I did not tell him about my plans, neither did I tell my closest cousin, Phusky Kekana.  All she knew was that I was returning to Cape Town soon to face trial.

D-Day had been set for December 24, 1960. On the eve of my departure, my brother arrived from Johannesburg and reported that all the escape plans were in place. Very early on the morning of D-Day, I picked up my baggage, said goodbye to Phusky and my other relatives and with my brother, went down to the rendezvous near Lady Selborne High School. We found a Volkswagen Beetle waiting for us, with Mahlangu at the wheel. He came out to meet us and I felt reassured that the journey was on. I shook hands with my brother, little realising that I would never see him again.

I reported at Hercules Police Station as usual, and informed the officer in charge that I would not come on December 25 and 26 as these were Christmas holidays. He grinned at me and reminded me that I was a prisoner, and that Christmas was not meant for me. I argued that I had been faithful and regular in meeting their bail conditions, and I could not see why the terms could not be relaxed for at least those two days. The officer pondered for a moment, and I thought he basically agreed with me. He lifted the telephone receiver and dialled   someone senior, I believe.   In a rather unexpected turn, he argued with someone on the other side of the line for permission to allow me two free days. Permission was granted.

As the officer endorsed my permission slip, he warned that if I did not show up on December 27, I would be-locked up and sent immediately to Cape Town. I thanked him very much for his kindness and promised to honour the deal.

Off we went, past Pretoria, past Kilnerton High School and on to the road to Swaziland. I felt fairly comfortable even as we passed police patrols since I had papers granting me leave of absence for two days. We cruised through the Eastern Transvaal  towns of  Middleburg and Ermelo where many of our people had died  on White potato farms  serving sentences  as convict labourers.  We reached the Swaziland border around midday after driving for about five hours. There had been no incidents on the way.

Those days, the Swaziland border post was bare and unguarded, marked only by a broken fence.

We crossed into Swaziland and realized that I had left home and had parted from my native land.

We soon met a Swazi policeman who asked us for a lift after greeting us. My memories of police behaviour back home worried me, and I wondered if we were not falling into a trap. The policeman was jovial, and talked about the low salaries they received in the force. To my relief, as we entered Mbabane Town, he asked to be dropped off,

I was obviously in a different country. For the first time in my life, 1 saw a number of prisoners in prison gear going about their duties unguarded. I was later told that married prisoners stayed with their families, while skilled ones took up employment with the Prisons Department. Such prison conditions are unheard of in apartheid South Africa.

By late afternoon, we had met Chicks Nkosi’s wife, who was a nurse at Mbabane Government Hospital. Later we were joined by Francis Mbelu, a College mate at the University of Cape Town, who was visiting Swaziland.   Chicks joined us in the evening and took us to his new home on the outskirts of Mbabane. The following day, Mahlangu drove back to Johannesburg, and for me, life in exile had begun.

*Lest We Forget is a self-published autobiography of the struggle veteran. To order a copy of the book contact Bani Kgosana at Bani.Kgosana@gmail.com