There is just no resisting the Kruger 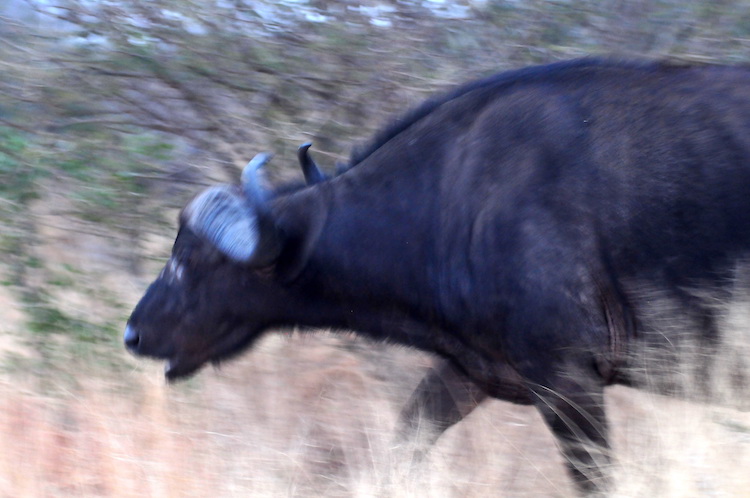 Sphiwe Chauke knowns the northern part of the Kruger National Park like a Jo’burg tsotsi knows the unforgiving streets of the City of Gold.

A slight man who laughs easily and chats endlessly, he works at the Pafuri Picnic Site.

It’s a beautiful, wild space along the Luvuvhu River where travellers can rest and enjoy a good lunch and nap after a long day exploring the Kruger.

“This river goes far,” he says with a laugh. “It goes right into Mozambique.”

You can take a seat on one of the benches overlooking the river and relax with a good book or watch elephant and buffalo or kudu come to drink while Chauke braais your meat on a gas burner.

“Elephant pass through here all the time,” says Chauke casually.

Intrigued, I enquire if they don’t trouble him.

“Elephant don’t trouble anyone. I understand them. Unless you trouble them then they will become a problem,” he explains.

He has seen buffalo roam around the picnic site, hyenas too, attracted by the smell of bone in the rubbish bins. But they often leave disappointed for Chauke keeps the picnic spot spotless.

His biggest fear is the black mamba which sometimes slithers past here in search of a meal in the form of birds.

“Ha! That one. It’s too long. It can stretch from here to thereeeeeee,” he says, pointing at the thatch roof of the lapa.

I found myself at Pafuri Picnic site late on a Saturday afternoon. My plan had been to reach the Thulamela Ruins via the Punda Maria Gate of the Kruger National Park.

I was in the Mopani district capital Giyani on a Friday night when a deep feeling of wanderlust pointed me further north.

The gods of travel were summoning me to yet another museum of Africa’s glorious history. A quick check on Google told me Punda Maria was only 95km away.

By mid-morning I was already on my way. But curse my spontaneous ways. The friendly staff at the Punda Maria Gate delivered the bad news. I had not booked for a guided tour of the ruins as is required.

Even if I were to travel there I would only be able to see the ruins but would not be able to explore this place of historic significance.

They say one has to book at least one week in advance to secure a place for a tour of the ruins. It’s a somewhat unfair condition for spontaneous travellers like yours truly. I mean, you never know when and where the gods of travel would send you at any particular time.

The cost of the tour is R240 per person payable at the Punda Maria. Only those above the ages of 12 are allowed on the tour and are advised to carry a water bottle, a cap to shield from the broiling heat of the far northern Kruger, safety boots, and camouflaged clothing. The tour leaves as early as 7am.

After the disappointment of missing out on a tour of Thulamela, I decided to explore the northern part of the Kruger. But I decided against venturing towards the ruins. It would have broken my adventurer heart to stand and look from a distance. So, I took the H13 eastwards and then turned left northwards and then right into a dirt road.

It was a beautiful, overcast day, unusually cool for this part of the world. There is this thing, this deep feeling of connection to the African soil only the Kruger can give you. I’m not sure if it is the vegetation, the natural orchestra of the bush, the landscape.

Perhaps it is the knowledge that you are in a part of Africa that’s barely been touched by the hand of man, a piece of the continent that’s been preserved to remain almost just as it has for hundreds of years, thousands even. It is this very thing that keeps one going back there over again without getting tired of the place.

I was not even half an hour in the park when I came across a herd of grazing zebra. A young foal lay innocently in the grass next to its mother. One of the most captivating things about the northern Kruger is the rugged landscape dotted by the imposing baobab trees.

The beauty of these trees are said to have been planted upside down in anger by the gods is even more apparent in winter, when their leafless branches tower into the sky like the tentacles of giant crustaceans from a long-gone era.

Somewhere along the H1-8 I saw a herd of buffalo, they must have numbered over 50, having a drink at one of the man-made waterholes. They grunted and snorted and often paused to take curious looks at my car parked some 200m away. Beautiful.

There is a small information site on Thulamela at the Pafuri Picnic site. There, I learnt that the settlement dates back to approximately 450 to 500 years ago.

Thulamela is a late Iron Age site which forms part of what historians call the Zimbabwe culture which is believed to have started at the ancient city of Mapungubwe.

It is said that Mapungubwe’s decline coincided with the increase of Great Zimbabwe’s importance.

When Great Zimbabwe was abandoned about 300 years later, possibly due to political break down, several groups moved south across the Limpopo river into what is now the north-eastern areas of South Africa and northern Kruger and established new smaller chiefdoms such as Thulamela.

It is a significant place in history. And I swear to the gods of travel, I will stand by Thulamela’s stone walls someday. – Mukurukuru Media

Rates: South African citizens and residents (with ID):
R100 per adult, per day
R50 per child, per day
Prices correct at the time of publication and is subject to inflation.