Book extract: Land of My Ancestors 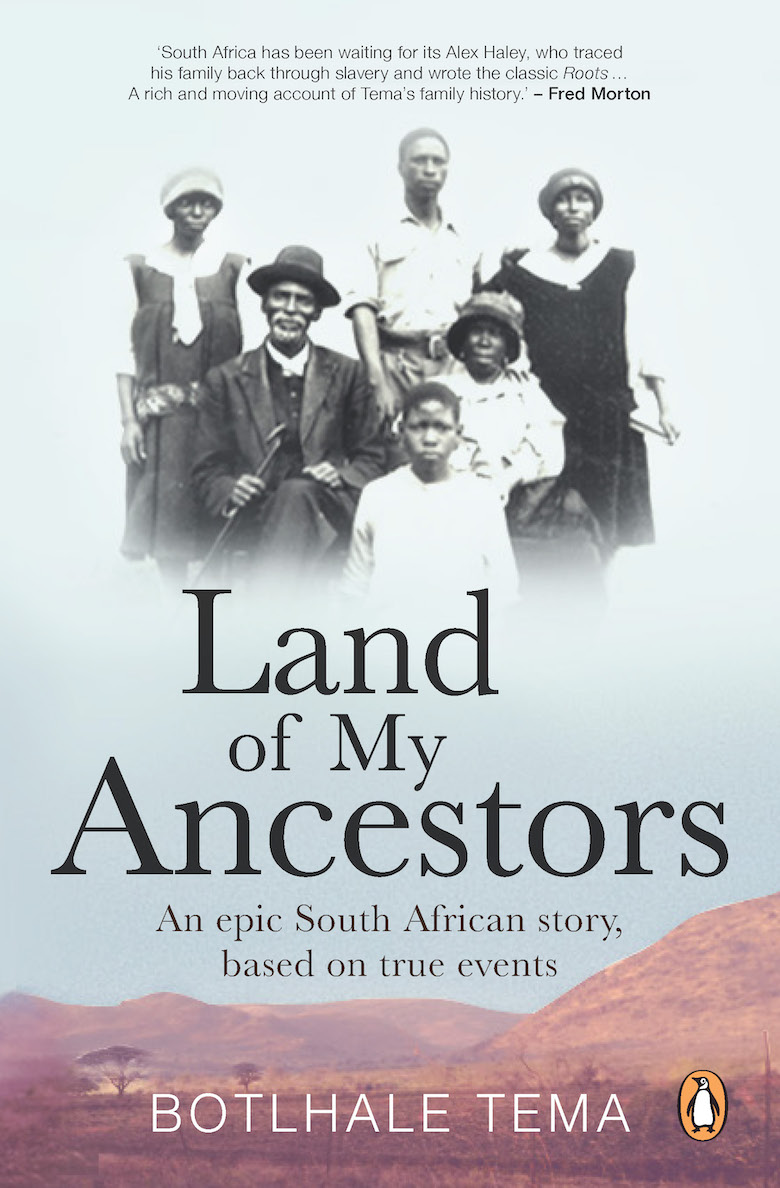 Land of My Ancestors was first published in 2005, with the title The People of Welgeval. It is a story about the land that my family used to inhabit, a remarkable place called Welgeval in the western Transvaal, now the North West province. It is a story of how my ancestors built a community there, how they came to own this land and how it was later taken away from them. In this new edition, I also describe how the land restitution process has been implemented in our area.

Apartheid South Africa was not known for encouraging free movement of black people. With the battery of pass and influx-control laws waiting to ensnare them, it was downright dangerous to venture too far from home. Yet my family ranks as one of the most nomadic black families in the country.

When I was a young girl, my father was a school principal in Phokeng near Rustenburg, and at the beginning of every weekend he would drive us to my maternal grandmother’s house in nearby Tlhabane township, or to Welgeval, a farm in the Pilanesberg where he had grown up and where his parents still lived. Later, my father was promoted to school supervisor and was transferred to a series of rural towns in the western Transvaal. Our family became even more nomadic. The older children – including me – were put in boarding schools, and for a while my mother and my youngest sister lived at Welgeval, looking after my father’s mother after her husband passed away. My father commuted between all these places where his family was scattered.

We adjusted to our lifestyle by forming loose attachments to places, with the result that even now I hate the question “Where do you come from originally?” because it demands a long explanation. But when forced to answer, I say that I come from all the small towns of the western Transvaal, but all my school holidays were spent in one place, Welgeval, the farm where my father was born. This was the only place that could claim my allegiance as my home. If places give people their identity, I got mine from Welgeval, an unusual place inhabited by a community in which nine out of ten people were my relatives.

The Friday-afternoon journeys from Phokeng to Welgeval are among my earliest memories. My father would undergo a transformation when he came home from work, took off his tie and prepared for his weekend farming duties: cattle dipping or calf branding, ploughing and planting during the rainy season. With a resolute step he would pack the van with groceries that my mother collected during the week, leaving space for the bags of cattle feed, salt, mielie meal and mielie seed – and his three children. I remember his concentration and focus when he got onto the main road from Phokeng, alert to the traffic police, who would dash onto the road as soon as they saw the rickety van coming along. A safe trip meant that Father didn’t have to pull over and lay out a blanket to tinker under the vehicle, and that we weren’t stopped by traffic cops who would strut around the van and ask the menacing question, “Waarheen gaan dié hoenderhok?” (Where is this fowl-run going?)

The van would lumber down the main road, past Boshoek, over the Kgetleng River bridge until we turned off the main road at Matooster about thirty miles from Phokeng. We then went on to farm roads, which required a different driving skill. I noticed my father’s steering wheel constantly shifting and turning as he manoeuvred the bumps on the road, the bushes to the sides or the water gulley that ran alongside after the rains. With every twist and turn, Father’s mood seemed to grow lighter. He would comment about how farmers didn’t look after the roads; how he should bring the boys to come and help him pack stones on the road. Suddenly a hare or steenbok would hop in front of the car and Father would chase after it, careful not to drive over it but just to give it a tap so that we could pick it up for dinner. We usually arrived at Welgeval by sunset, happy with anticipation of seeing my grandparents, my cousins and all the other people we knew. Welgeval was a place of security and safety, because my people owned it and they set the rules, even though they also paid allegiance to the Bakgatla tribe.

Welgeval by day was a totally different place from night-time. The days were marked by distant looping sounds: a woman shouting across the valley to warn a “neighbour” about the cattle that she could see entering a field to destroy the crops; men in the fields, coaxing their cattle or donkeys to pull the ploughs or planters.

In the background was a symphony of bird music: the calls of turtledoves and lourie birds, the squeaks of the starlings. Towards sunset the cowbells and bellows of cattle joined in and worked the music to a crescendo that died down as evening fell. Sunset announced the end of all activities of the day, and the nights, usually dark as pitch, walled families off from one another.

The old homesteads stood far apart and were barely visible from afar, even during the day. Interspersed between the homes were plough fields for each of the families. My grandparents’ home faced a little farm school and church that stood at the bottom of the valley across the river.

Neighbours and relatives rarely saw one another during the week. The Sunday service at the little church not only catered to the spirit but provided entertainment as well. All able-bodied Welgevalers made sure they never missed a service. Each Sunday morning they would put on their Sunday best and trickle down the tributary footpaths from their homes to the church.

Different preachers took turns to conduct the service each week, except on “nagmaal” (communion) Sunday when the dominee from the main church in Moruleng came. One day during the service, my cousin Moloko suggested that we go around the pulpit to check if the preacher had his Bible the right way up. She had heard that some Welgeval preachers could not read but had memorised a few verses from the Bible and pretended to read them before preaching.

We thought we had a very funny story to tell our grandmother when we got home, but she was not amused at all. Instead she scoffed and scolded us. “You are laughing, toe, lag maar,” she said. “You take so much for granted.” We looked at each other and wondered what she meant by that.

Growing up on Welgeval, we all knew we were different. Firstly, there was no chief living in our community. Secondly, Welgeval men were dedicated and fierce cattle farmers who called each other “neef” (cousin) and the older people spoke a lot of Afrikaans. They grew crops such as sweet potatoes and mielies that were different from those grown in neighbouring villages. These crops, together with their cattle, were the means of barter trade with the neighbouring communities. The women looked after children, prepared food, kept homes clean – typical “women’s work” – but they also kept pigs, which were slaughtered mainly in winter, and from the fat they collected they produced “boereseep” to wash their clothing. These were uncommon activities among black communities in the area. How it all got to be so different, nobody ever offered to explain. In fact, enquiring about these anomalies was an invitation to a smack. Whatever the story was, the old folks sat on it and made sure we never heard it from them.

But the more tightly they kept the lid on our origins, the more curious we children became. As we grew older, we learnt indirectly that not only were we different, but we were also outsiders – we did not originate from within the mountains of Pilane where Welgeval was ensconced. Fragments of praise songs that old people recited at weddings hinted at a distant place in the northern Transvaal (today’s Limpopo province) called “ga Moletji” – but no one explained the significance of this.

Welgeval was our home, with a support system for all circumstances and a regular life rhythm in all seasons. This regularity defined people’s roles and lent a sense of belonging. Men ploughed and planted crops in spring; women weeded the fields in summer and did pottery when it was too hot to work in the fields; everybody harvested in winter and prepared produce to barter in neighbouring villages for crops we didn’t produce ourselves. Education was of central importance: all children went to the local primary school before joining their parents in farming or going on to secondary school elsewhere. As farming on Welgeval grew more stable and successful, ambitious families encouraged their children to enter professions. My father set a non-negotiable rule that we should get a profession before we got married. Parents sometimes sold cattle to pay for their children’s education.

Land of My Ancestors is published by Penguin Random House. RRP is R220.

One thought on “Book extract: Land of My Ancestors”