KZN could have two kings as amaHlubi launch court challenge 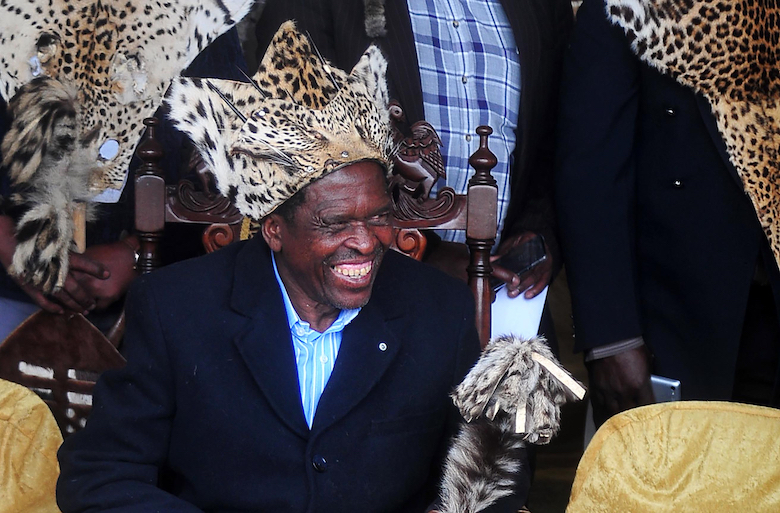 KwaZulu-Natal (KZN) may have two recognised monarchs if a high court challenge for recognition of the amaHlubi kingship succeeds next month.

Aspirant monarch Inkosi Muziwenkosi Radebe (Langalibalele II) of amaHlubi is forging ahead with his legal bid to be accorded the same kingship status as that of amaZulu King Goodwill Zwelithini kaBhekuZulu.

Langalibalele II of the amaHlubi whose indlunkulu, the royal homestead of emaHlutshini village is nestled in the KZN midlands about 40km away from the town of Estcourt is seeking the North Gauteng High Court in Pretoria to nullify the 2010 findings of the Commission on Traditional Leadership Disputes and claims. The matter is set for February 3.

The commission which became famously known as the Nhlapo Commission dismissed the kingship application by amaHlubi, citing in its report that the clan was the same as any other indigenous group living in South Africa and that they did not have a king.

This meant Langalibalele II was an Inkosi (traditional chief) paying his allegiance to Isilo Samabandla a reference to King Zwelithini. The amaHlubi nation then decided to approach the courts to overturn the decision by the commission.

“We decided to take the legal route because we felt that the commission erred in its finding that amaHlubi had no kingship status. The commission failed to scrutinise and apply historical evidence before it that amaHlubi were stripped off their kingship by the British colonial government. In fact, the commission acknowledged that the 1878 declaration by the British denied us the right to sovereignty and nationhood. We therefore want the court to recognise this injustice and restore our kingship status,” said amaHlubi spokesperson Jobe Radebe.

amaHlubi King Langalibalele I was the first freedom fighter to be imprisoned on Robben Island after the British declaration against the nation in 1878. Submissions by amaHlubi to the Nhlapo Commission show that they are a much older nation that the amaZulu, having occupied large parts of south eastern Africa around 1300 and gave birth to the Swazi ad Ndebele nations, amongst others.

However Radebe was quick to point out that amaHlubi were not mounting a challenge to amaZulu King Zwelithini, instead this was a battle for their identity, land, and language.

“Our fight is not to contest the existence of Isilo amaZulu but our struggle is for recognition. We have a good relationship with King Zwelithini and we coexist peacefully with amaZulu. Even when we appeared before Nhlapho commission the king did not display any hostility against us,” Radebe told Mukurukuru Media.

Although the Zulu nation and amaHlubi have enjoyed cordial relations historically, the court battle may have negative consequences as some of the land amaHlubi claim as their own now falls under the Ingonyama Trust, which administers land on behalf of Zwelithini.

He said there were more than 40 chiefs paying their allegiance to Inkosi Langalibalele II, adding that about six of these chiefs were based in KZN while the rest of the traditional leaders were scattered in many provinces mainly in the Eastern Cape.

“As it stands the amaHlubi national working committee are hard at work collaborating with UNISA to revive and reconstruct the IsiHlubi language. We want our language to be one of the official languages and be taught in schools. The committee is also looking at the land issue which should be under the custodianship of amaHlubi. We reject the narrative that says amaHlubi never existed. AmaHlubi land stretches from Pietermaritzburg all the way to UMzinyathi, Income and some parts along the UThukela River,” he added

Radebe said they were struggling to fund programmes of the royal house as they were not recognised and rely on their own limited funds, adding that should they be successful in their bid for recognition, their second task was to ensure that the Traditional Leadership and Governance Framework Act (2003, Act 41of 2003) was amended to provide for the existence of two kings in the province of KZN. Currently the only recognised monarch is King Zwelithini.

The last time that Zwelithini’s status as the only legitimate king in the province came under scrutiny was when his relative Prince Melizwe Dlamini of eNhlangwini clan in Highflats, KZN south coast made a claim of his own, saying he too was a king with many amakhosi under him.

He was however unsuccessful in his ambition and subsequently retreated choosing to keep a low profile instead. Prior to that 11 chiefs mainly under uMkhanyakude district had also revolted, demanding kingship status.

Xolani Dube, KZN based political analyst and senior researcher at Xubera Institute for Research and Development cautioned the tendency of resolving kingships through commissions and courts.

“The problem with Nhlapo Commission was that it relied on western law to resolve African traditional issues. There should have also involved African historians who understand the history of indigenous tribes and who are not partisans. The commission had an end game of appeasing some people. If they had dealt with the issue properly, we wouldn’t be in this problem today. The reality is that kingships and royal issues are complex and cannot be resolved through courts or commissions,” said Dube.

He said the challenge by amaHlubi was difficult to navigate through, saying that their desire to self-determination meant they should have their own land which is currently under the Ingonyama Trust managed by Ingonyama Trust board reporting to King Zwelithini.