Give us this day marula our gift from the gods 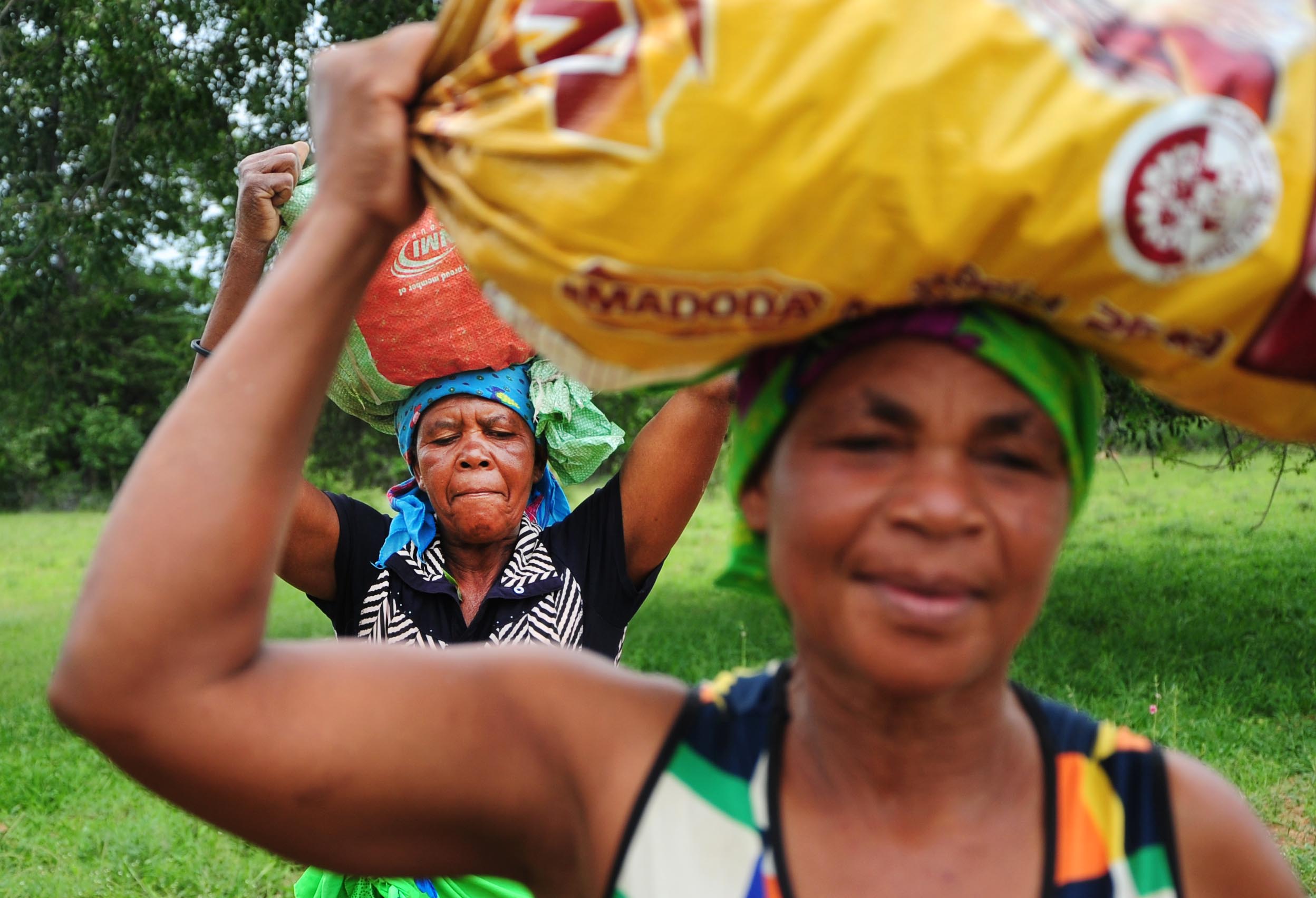 Joyce Mahingana doesn’t quite remember when she exactly got involved in the laborious activity of collecting marula fruit and brewing beer.

All she knows is that for as long as she can remember, during the month of January and February everyone, women, children and even men in her village of Makhushwane and surrounds went in search of the sacred fruit.

During this period the fruit ripens and drops from the abundant gigantic trees, turning the ground into a colourful mix of bright green and yellow – an offering from the gods akin to the biblical manna from heaven.

“Ah, we just found people doing it when we were growing up,” she says with a sigh.

Marula grow in abundance in the hot northern parts of South Africa, especially in the sub-tropical parts of Limpopo such as Ba-Phalaborwa in eastern Limpopo.

In 2006 the Limpopo Department of Economic Development, Environment and Tourism [Ledet] launched the Marula Festival to capitalise on the abundance of the fruit.

Ledet says during last year’s edition the department bought 12 000 litres of the marula brew from 13 cooperatives run by locals.

“The festival helps us quite a lot. We collect the marula and give it to the municipality. Then after the festival they pay us. It’s better than what we make selling in the streets,” says Mahingana.

She says last year the marula collectors made between R2 000 and R3 000 each from their contribution to the festival. This year’s edition which started in the Limpopo town last week culminates in a jazz and gospel festival this weekend.

The two week-long festival which is opened officially through the ku luma nguva [first fruits] heritage ceremony includes other activities such as a half marathon and golf challenge.

But significantly it offers locals such as Mahingana an opportunity to showcase their arts and crafts, culinary offerings and by products of the marula fruit.

The municipality has also enabled locals through co-operatives to supply Distell, the company that produces the internationally acclaimed Amarula Liqueur with the fruit. The Amarula Lapa is based on the outskirts of the town.

The deal includes agreements with traditional authorities, department of environmental affairs and the Ba-Phalaborwa municipality.

But some of the marula collectors didn’t score as much from the Amarula factory this year saying they were told there was an oversupply of the fruit. This left many like Lina Mathebula to rely on the festival and selling their brew on roadsides.

To make it in the competitive collecting business the women rise as early as 3am and hit the veld to fill up sacks with marula. It is back breaking toil which requires strong hands and a steady head – carrying sacks filled with the fruit while pushing another load on a wheelbarrow.

“You have to rise very early, before sunrise so that you get the best fruit. And you have to travel very far on foot,” Mathebula says.

She laughs when revealing that one even needs to master the art of hiding some of the fruit in thickets for collection later when everyone else has gone home to rest.

Mahingana says the marula collectors in her area used to gather near her home to wait for the truck that would take transport the fruit to the Amarula factory.

“They told us they have enough supply. This is the second year now. We don’t know what’s happening. Even the truck doesn’t come here anymore,” Mahingana says.

Now besides the festival some of the collectors pin their hopes on the meagre earnings they make from processing and selling the brew along the town’s roads. A two litre container which they say packs a kick of an ostrich – costs R25. But sometimes a day can go by without any sale.

“There are too many of us. Yesterday I sold only two containers. How can I feed my family with this?” asks Mathebula.

But the Ba-Phalaborwa Local Municipality dismissed it as “a publicity stunt and rumour mongering”.

“There is no way that our council can approve items/policies that exclude our local communities from benefitting socio-economically from the Marula fruit, given the current unemployment and poverty levels of our people,” municipal spokesman Jonas Mahesu says in a statement.

At least until the middle of autumn marula lovers will quench their thirst through the natural brew and women such as Mahingana and Mathebula will make some extra cash courtesy of Mother nature’s offering.

Meanwhile the Limpopo Department of Economic Development, Environment and Tourism said it has taken a decision to reschedule the annual Limpopo Marula festivities.
The department’s spokesperson Zaid Kalla said due to the current global health crisis, together with measures put in place under the National Lockdown, the department will not be able to proceed with any of the activities celebrated under the annual Limpopo Marula Festival.

“The department looks forward to reviving the festival when the global health situation normalizes,” he said.