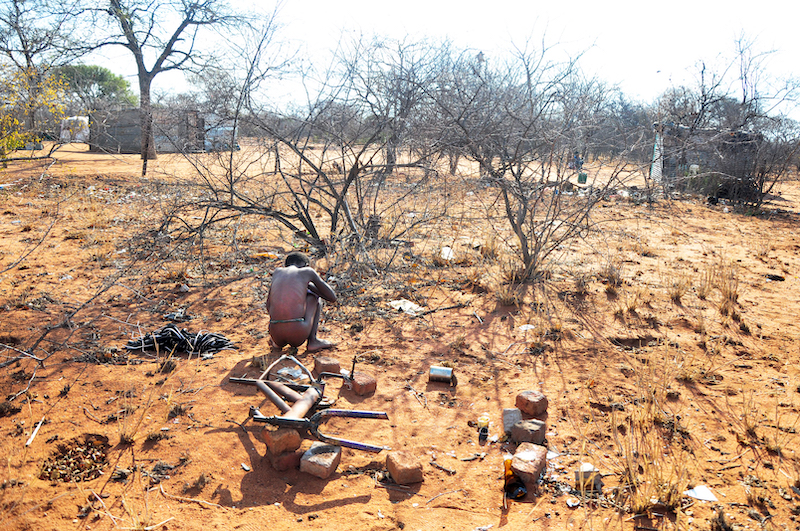 The Constitution requires all arms of government to provide basic services to every person residing in the country. However, the situation in rural areas is opposite to this obligation.

The baseless narrative that the local municipalities are not obliged to provide basic services to people living on privately owned land is wrong and needs to be condemned.

The bill of rights in the Constitution does not specify a particular individual or group, race gender to have superior rights over others. The practice to deny marginalised groups to enjoy their constitutional right exacerbates racial inequality.

According to the practices of local municipalities farm occupiers have no right to have access to sufficient water, sanitation, proper housing and roads. This disturbing trend is only applicable to white commercial farmland.

The municipalities insinuate that farm dwellers are not entitled to services provided by the government on white private farms. However, the same install basic services on private land owned by black people without their consent on land acquired through land reform programmes.

In farms around Tolwe, Baltimore, Manstroom and Swartwater areas under Blouberg and Waterberg municipalities in Limpopo, farm residents are denied their right to have access to basic services.

For instance, the occupiers in Tolwe resided on the farms since the apartheid era under unbearable living conditions. They live in mud and dilapidated houses, plastic shacks with no health systems within their vicinity.

In the 25 years of independence, the responsible municipalities have never built the farm dwellers (occupiers) houses, including those evicted and were dumped there from neighboring farms. However in 2018 the Blouberg local municipality auctioned part of the portions (sites) it owns adjacent to the farm occupiers for human settlement and built proper houses, compared to the shacks and mud houses of the old dwellers.

The newly built ‘RDP’ houses are owned by people who visibly did not need support from the government. They are not victims of eviction nor indigent in their own right and as such, they can be classified as a wealthy group of dwellers because they afforded to acquire the site/stands from the municipality at a minimum cost of R5 000.00 each.

The decision to sell farm portions at this amount is deliberately to exclude the existing farm occupiers who are poor.

The priorities of the municipalities and other state organs are questionable. Tolwe is a ‘hot spot’ of farm evictions and the local municipality has never assisted the evictees at least with off-farm settlement prescribed by section 4 of Extension Security of Tenure Act of 1997.

Machikiri Communal Property Association has been at loggerheads with Mogalakwena local municipality over a water pipeline crossing through the CPA’s farm without their involvement in the whole cycle of the project. This is black privately owned land acquired through the restitution programme.

Another typical example is at Mavungheni CPA located in Vleifontein, Makhado. The group was faced with land invasion that started a couple of years ago. The Makhado local municipality electrified the invaded farm portion although there is a land dispute between the CPA and the invaders.

This can be attributed to vested interest from senior officials in the municipalities aiming to appease the local traditional chief by supporting invaders. This undermines the objective of land reform programme to redress the injustices of the apartheid.

By law, people living on farms have property rights on farms belonging to someone else. This illustrates that farm residents and people living in former Bantustan areas have an equal constitutional right to assert basic needs the same as urban dwellers.

This is endorsed by the Pietermaritzburg High Court judgment in the case of Mshengu and Others vs Msunduzi Local Municipality and others. The applicants were supported by the Legal Resource Centre and Association for Rural Advancement with other civil society organisations.

After a protracted court battle, this judgment was handed down in 2019. The judgment ordered that municipalities are obliged by the Constitution to provide ‘farm occupiers and labour tenants with at least minimum basic municipal services’ and further ordered the municipality to prioritise the latter’s rights in the municipal Integrated Development Plans (IDPs).

The authorities are guilty of partisanship to the wrongdoers at the expense of the rural marginalised communities. The farm occupiers and black private owners get no relief of such injustices orchestrated by the local municipalities. – Mukurukuru Media