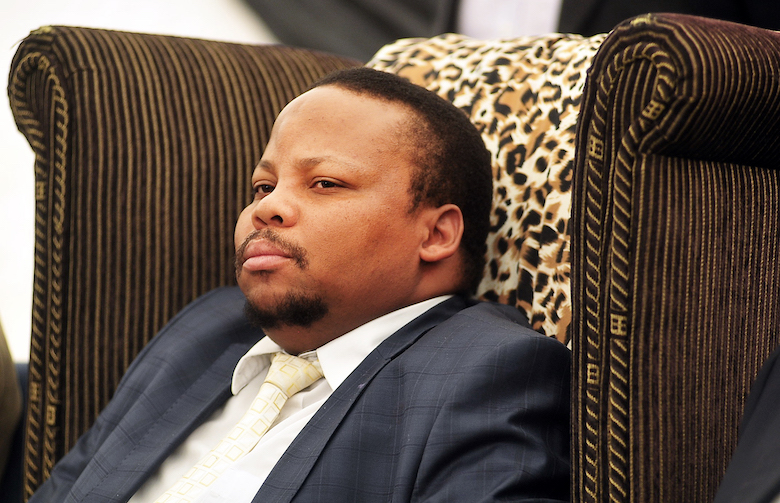 On 25 March just as the country prepared to go under lockdown in the wake of the Covid-19 outbreak, Ramaphosa signed the recognition in terms of the Traditional Leadership and Governance Framework Act 41 of 2003. The notice 449 was published in the government gazette on 3 April.

This latest development may on the surface appear to be the end of this long drawn out dispute over leadership of what was once one of the most powerful kingdoms in southern Africa.

The dispute dates to 1976 and escalated in 1986 when Thulare III’s father, Rhyne Thulare Sekhukhune, and his supporters launched a violent attempt to unseat his half-brother Kgagudi Kenneth (KK) Sekhukhune.

KK was installed as acting kgoshikgolo in 1976 after Rhyne Thulare had refused to ascend the throne without the blessing of his mother Mankopodi, who was acting regent after the death of her husband in 1965. The matter became the subject of many court battles from 1988 into the mid-2000s.

After Rhyne Thulare’s death in 2008, his son Thulare III lodged a claim to the kingship with the Commission on Traditional Leadership and Claims. In 2010, the commission recommended that Thulare III become the Bapedi king. It handed its findings to then-president Jacob Zuma in January that year. Zuma made the announcement public in July 2010.

Ramaphosa’s signing of the recognition certificate last month followed the culmination of court subsequent court battles that ended in May last year.

But reaction from KK’s camp suggests the Bapedi may be headed for yet another drawn out battle.

KK’s spokesperson Samson Phakwago told the Sowetan newspaper and the SABC in reaction to the decision this week that they will not accept Thulare III as king. He said this was because he was not recommended as king by the Bapedi Marota royal council as is custom.

Phakwago said they have written to Ramaphosa to reverse his decision – arguing that it is only the royal council that can appoint a suitable candidate for the kingship as per the Bapedi custom.

He further went on to say that Ramaphosa should provide evidence of a royal council meeting that resolved to appoint Thulare III as king.

In the politics of traditional law the royal council is considered essentially a body even more powerful than the king in that whatever key decisions are made by the king, are taken after reaching a consensus with the council. Technically the royal council can and may, in certain instances, even overrule their leader.

They also preside over the coronation ceremony which includes the passing down of the sacred royal necklace, leopard skin and other items passed down from generations dating back centuries. Without these symbolic and sacred items, regardless of whether one possesses a certificate signed by a president the royal council and nation would not consider that person as their king.

Thulare III would need the support of the royal council, a body comprising hardcore traditionalists, in order for his authority to have meaning among the Bapedi Marota. Otherwise he may be a king with a certificate but no real authority or power among his subjects.

In October 2018, only three of the 13 houses that form the core of the Bapedi Marota royal house honoured an invite by Thulare to attend a gathering of magoši and mantona hosted at his mošate Maebe Tjate in Mohlaletsi. KK’s mošate is located in the Maroteng section of the same village. The existence of the two royal palaces is a sign of deep division.

It was telling that during this gathering at his own palace, Thulare was protected by guards armed to the teeth with automatic rifles. He later told the gathering he had enlisted the services of the armed men as he still didn’t trust ‘certain people’.

This raised the question –if a king had the support of his subjects, why would he need armed guards on his own turf? This show of insecurity could well be a metaphor for Thulare III’s reign.

According to a Sepedi idiom, a king rules through decree by his own people. Regardless of the recognition by the president, the question lingers – does Thulare III have the support of the royal council and the Bapedi Marota nation?

Thulare had called the 2018 gathering after the North Gauteng High Court denied KK Sekhukhune leave to appeal an earlier judgment endorsing a 2010 finding by the Nhlapo Commission on Traditional Leadership to depose him as acting king and recognise Thulare III.

The court ruled that neither KK Sekhukhune nor the Mohlaletsi Traditional Council had a chance of convincing another court to come to a different decision.

The Supreme Court of Appeal upheld the decision in May last year, saying that there were no reasonable prospects of success in an appeal. It also found no other compelling reasons why an appeal should be heard. This decision effectively put paid to KK Sekhukhune’s legal options in the matter.

But if Thulare III is planning a celebration, then he may have to wait a little longer – especially if he still has no support from the royal council even after the latest move by Ramaphosa.

The Traditional Leadership and Governance Framework Act 41 of 2003 states that “where there is evidence or an allegation that the identification of a person identified as a candidate for kingship was not done in terms of customary law, customs or processes, the President on the recommendation of the Minister – may refer the matter to the National House of Traditional Leaders for its recommendation”.

Phakwago’s argument centres on this section of the act – that at least Ramaphosa should have referred the matter to the House of Traditional Leaders. He argues the House would understand the kingship and how the family tree works.

If it gets to a point where the certificate is rescinded and the matter referred back to the royal council as the act suggests – then this will present a long awaited test on whether courts are the best avenue to settle traditional leadership disputes.

The Congress of Traditional Leaders of SA (Contralesa) has argued that South African courts, which are underpinned on Roman-Dutch law, are inappropriate platforms to deal with traditional leadership disputes.

Contralesa has called for a specialised court similar to the labour, land claims, equality and children’s courts to tackle such matters. The organisation argues that some judges are not experts in indigenous knowledge systems and African culture which are an integral part in understanding the context behind such complicated matters.

Perhaps after 45 years of endless bickering and endless legal battles, it’s time the Bapedi Marota seek ways to settle this matter outside the courts and get set on the path to building a truly great nation like the Royal Bafokeng.

Just like the Bafokeng, most of the Bapedi Marota land forms part of the eastern bushveld platinum complex which boasts among the richest platinum group metals deposits in the world – hence it is home to over 30 active mines.

The mineral deposits from the area oil the provincial and national economy. Yet statistics paint a gloomy picture – with the area among the highest poverty levels and underdevelopment in the country.

Between 1861 and 1879 the Bapedi Marota under King Sekhukhune I rose into such a strong military empire that defeated the British and Voortrekkers on numerous occasions. Back then at stake was the sovereignty of the nation and control over land for grazing and farming. Now the area has developed into one of the world’s richest platinum mining hubs. At stake is control over these billions in mineral deposits.

After the official end of apartheid in 1994 it was expected that the Bapedi Marota kingdom would rise again – like the Bafokeng to be true custodians of their land and its minerals.

Yet this battle over the throne has rendered the Bapedi Marota a powerless nation with little control over its mineral rich land. The battle continues presently, with no end in sight.

The kingdom weakened by lack of proper, strong structures and the kingship dispute continues to get crumbs from the mineral wealth beneath their soil through disjointed arrangements between individual chiefs and mining companies.

Millions of tons of chrome and platinum deposits continue to leave the area for foreign markets daily. New mines spring up in poverty stricken villages. Yet unlike the Bafokeng, the Bapedi Marota have nothing to show in return from what’s extracted from their soil.

An amicable solution to the kingship feud could be what the Bapedi Marota require to change the prevailing situation. The warring factions should lay down their arms and unite in the fight for that which their forebears laid down their lives – land.

For with land comes true freedom and economic emancipation, not only for the few elite but for the entire Bapedi Marota nation. But this is of course, all easier said than done as yet another lengthy episode of bickering looms.

As an African idiom goes, when brothers fight to the death, a stranger inherits their wealth. – Mukurukuru Media