Book extract: Catching Tadpoles: The Shaping of a Young Rebel 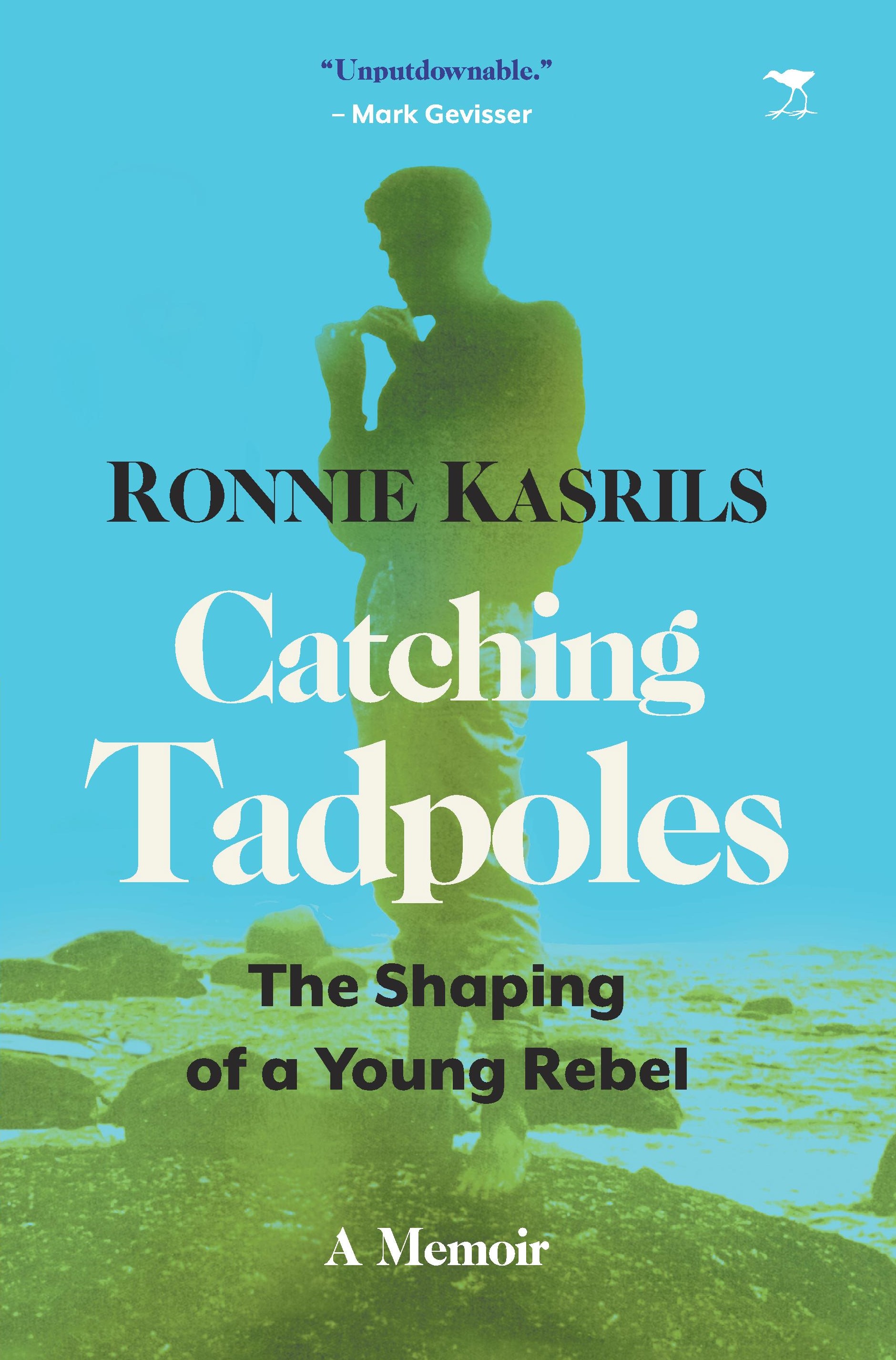 It was the Dutch stranger Henk van Ghent emerging from the watery ripples who set me on a roundabout track for the memories I  was searching for. Henk was a raucous visitor who, on account of his dandy sartorial appearance, had earned the nickname ‘The Gent from Ghent’. He was given to telling tales that had even my reticent father smiling. It was evening and my father and his pals had been arguing as usual about the controversies of that day’s racehorse meeting. They attended every Saturday (the Jewish sabbath) throughout the year; my father’s nominal religious affiliation hardly interfered with his and Grandpa Abe’s primary addiction to the ‘gee-gees’, as they called the horses. Second to the horses came poker. Synagogue barely featured. That was a place for bar mitzvah boys and the orthodoxy who walked to shul on the sabbath. It was only on the most holy of days that the likes of them would put in a subdued appearance.

Probably their generation had had enough of the claustrophobic stranglehold of religion in Czarist Russia where in their villages they were under the rigid control of the medieval-type rabbi in his frock- coat and fur hat. Life in South Africa gave them individual freedom, a novelty which they exercised to the full, ready to ignore the strictures in the absence of a village rabbi dictating to them. In that sense they were free spirits. When my father was a schoolboy playing football on Saturdays, he had to creep out of the house with his sporting gear as he was forbidden to engage in games on the sabbath. There were a few things they did not do – one was eat pork – but I suspect that was more psychological than religious adherence.

On this particular evening Henk was holding forth. Every time he ended an anecdote, he dropped his gentleman’s veneer and brayed like a donkey for a juicy carrot. Midway through his guffaws he would remember the patient, my grandmother, down the passageway and cup his mouth with his hand in apology at the thought of disturbing her. It was that comical expression that was etched in my mind, on cue to resurface from my subterranean reservoir. I have forgotten what the gambling fables were about that day, but I was drawn to the adult company by a statement Henk made, which he articulated with great force.

‘They tell me,’ Henk affirmed in a hoarse voice, ‘that the natives better keep off the streets on December 16th – you call it Dingaan’s Day?’ At first everyone thought he was referring to the Dingaan’s Day Handicap, a big event on the summer racing calendar, but soon realised he had shifted from the gee-gees to politics.

In full stride Henk continued: ‘Because the Afrikaners will skin them alive. Ja, they are still looking for revenge.’ He nodded sagely. ‘They got it at Blood River, but I hear they want it a second time.’ He had big bulging eyes like Popeye, and as his peepers panned round the table, his formidable gaze held his audience. ‘As it is said here,’ he tapped on the table with an index finger, ‘your Boers want to finally put the kaffir in his place because they say that General Smuts is too soft on them.’ He peered around for approval. The ‘K’ word was not used in our household. However, since Henk was seemingly paraphrasing what the Afrikaner Boers were saying he was not contradicted, although he certainly appeared to relish the idea of a blood-fest. He repeated in Afrikaans for good measure in his warbling Dutch accent, ‘“Die kaffir in sy plek”?’, making it sound like a question. Then he gave his hoarse laugh and peered around seeking agreement.

Even a child like I knew what that meant – whether you approved or not. The underdogs who needed to be kept in their place – in sy plek – did the dirty work in the kitchens, in the mines, factories and fields, and in the streets where you would see black labourers sweeping up the white man’s litter and being cursed, even by children, and sustaining blows for no apparent reason.

‘Will they fight back?’ asked Henk rhetorically, for indeed an African miners’ strike in 1946, which had grounded my father from using the country roads, had been ruthlessly suppressed.

Sam Lazerson, our next-door neighbour, born with six fingers on each hand and consequently called ‘Six Finger Sam’, who had sauntered into the flat uninvited, wasn’t perturbed about the prospect of black resistance: ‘That’ll be the frosty Friday!’ he sneered. Sam revelled in sayings like that. Another was swearing on his mother’s or father’s lives when he felt it necessary to underline that what he was saying was nothing but the truth. Those such as he would swear on their parents’ graves after they died. I felt those oaths were insensitive, tantamount to needlessly tempting fate, and they would shake me rigid.

My father was a more thoughtful man, given to speaking in an understated way. ‘Well, Sam,’ he said, in response to Sam’s dismissal of black resistance, ‘maybe they’ll give us a shock one day.’ Then he added, ‘After all, every black man carries one of these in his pocket.’ He held aloft a box of Lion matches which he rattled for emphasis before perching it on the table.

My grandfather, who was by no means a liberal, always seemed to oppose Six Finger Sam, on principle. ‘Tell us, Sam, will you be serving in the Reserves?’ he snapped.

Ignoring the talk, my mother cheerfully began to serve food and refreshments, which distracted Henk from his topic. He always raved about the Yiddish cuisine, which he was unaccustomed to, and particularly my mother’s gefilte fish, which she served with red horseradish, called khren in Russian, which tickled the nose and drew tears from the eyes. ‘Magtag Mama! This stuff is hot. Has a kick in it like the finest old Dutch ginivere, our national drink,’ he said, wiping away tears.

Catching Tadpoles: The Shaping of a Young Rebel is published by Jacana Media and is available in all good bookstores at the RRP of R280.

Find Kastril’s other book, A Simple Man – Kasrils and the Zuma enigma, available on Amazon and Takealot as an e-book.