Amakhosi must fall if they don’t serve communities 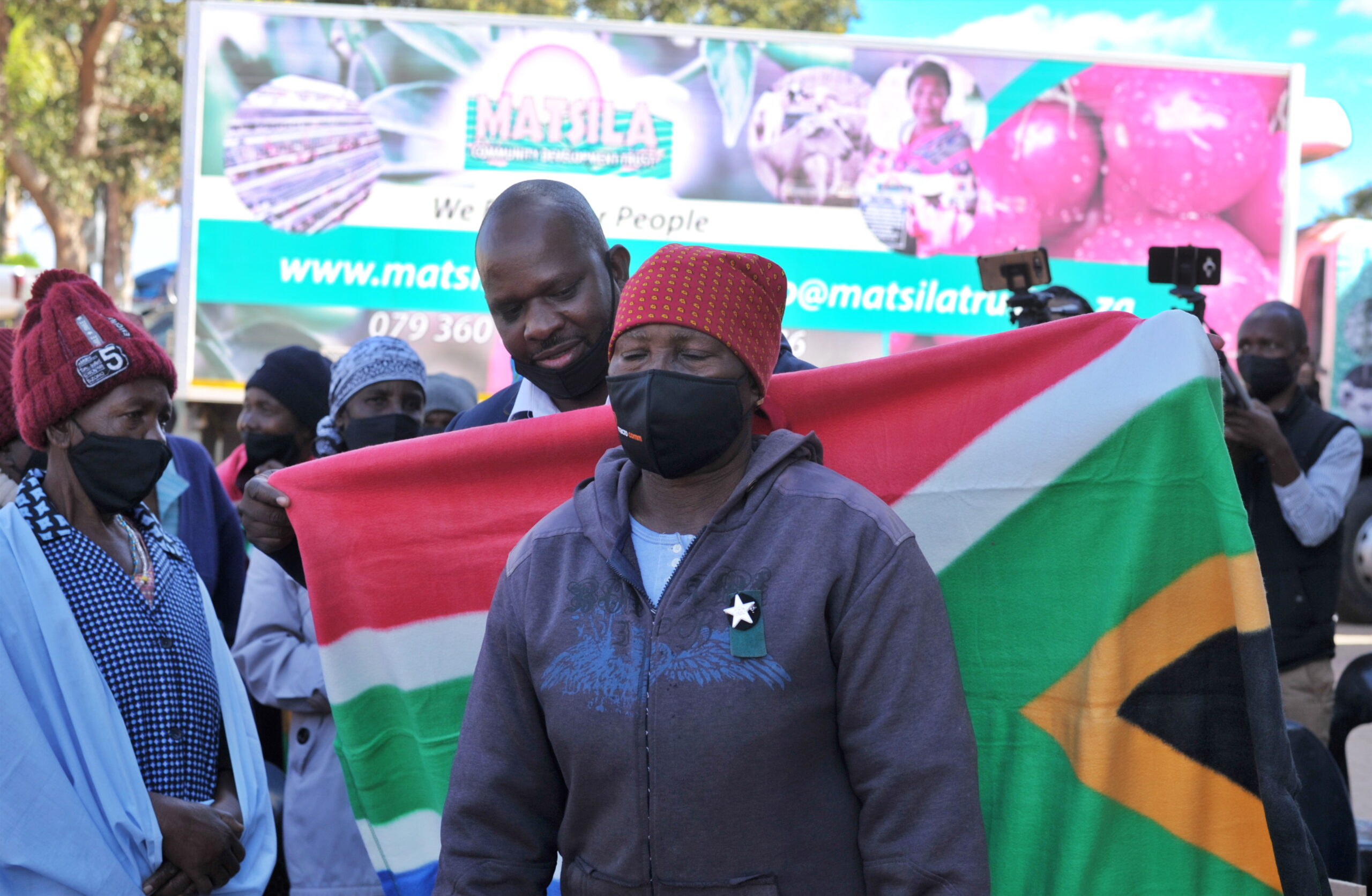 Livhuwani Matsila, a traditional leader also heads the Matsila Community Development Trust which facilitates and co-ordinates socio-economic development activities in the area under his jurisdiction.

Like many of the country’s rural areas with low economic activity, the area is plagued by poverty, high unemployment, poor nutrition and it is estimated that 52% of its people live below the poverty line. making waves for a different reason.

Through the trust he has solicited sponsorships to establish the projects and other poverty eradication and arts and culture projects. Recently Matsila welcomed another development in his community with the official opening of three boreholes and distribtion of over 1 000 food parcels and blankets to indigent families and elders.

Matsila defies the stereotype of a traditional leader as an aloof, conservative traditionalist wrapped in animal skins. He is a qualified geologist and natty dresser who carries himself with the air of a ‘guy next door’ kind of attitude. But there’s no missing his businesslike attitude in his speech and mannerisms.

He is a former head of the ANC’s parliamentary caucus and a close friend and admirer of president Cyril Ramaphosa. Huge busts of Ramaphosa occupy pride of palace at the community guest lodge and conference centre and the royal homestead in the village.

Last year Matsila criticised leaders of the Pro-Makhado Demarcation Task Team which has been at the forefront of protests in Vuwani, saying they were misleading people and not acting in the community’s best interests.

The Task Team called for a boycott of the local government elections in the area in May last year – hence Matsila’s criticism.  The area gained notoriety in 2017 when up to 26 schools were gutted by fire as part of the protests.

But one of the Task Team’s leaders took a swipe at Matsila saying he had abandoned them in their battle to fight the demarcation and that he was just a headman with a small village like the size of a village sport stadium.

With popular opinion turning against traditional leaders who former president Kgalema Motlanthe notoriously referred to as ‘tin pot dictators’ and suggested perhaps their time as leaders of society was up – Matsila may well be carving a new path for mahosi. Lucas Ledwaba had a brief chat with him.

Lucas Ledwaba: There’s a question that’s always asked by young people today. To say, what is the role of traditional leaders in society today. I see you’re involved in a lot of community upliftment projects, can you tell us a little bit about that?

Livhuwani Matsila: Yes, you know my view is that if traditional leaders don’t care about the plight of their own people their authority and recognition in society is going to diminish with time. And we have to emulate our forefathers who were very caring when it came to their own communities. When families became royal families it is because they were seen as exemplary families in society and then people would make you assume that role of being [a] traditional leader. So it’s a very good question from young people. What is the role of a traditional leader who is sitting and home doing nothing for the people? So our call to all traditional leaders is let’s do something about the problems that our society is facing. It’s not right for us to demand to be worshiped. We must not demand respect, we must earn it by our own good deeds towards the community. So we must also make sure that we have programmes focusing on the youth to make sure that they grow up knowing that even if you grow up in the rural areas, development is possible. For you to get jobs, to have economic livelihood. So I think it’s a relevant question from where I sit and I think in my view, a person who is installed or appointed as a traditional leader or a chief must be removed from that position if that appointment does not serve the people. If that appointment only serves the interest of the individual, then that person has no purpose and has no role – so young people are justified in asking that question and we must respond to it positively.

Matsila: My relationship with local structures especially the local and district municipalities is very cordial and it got there out of mutual respect, out of involving one another. As you see today we are running a programme jointly and everybody has got their own role. You see the problem is when traditional leaders start to feel threatened by political authority. And it shouldn’t be because we are not political appointees. It deals also with this issue of boundaries that are municipal boundaries. Municipal boundaries are not traditional boundaries. So if the government rearranges itself to rearrange their services to our people in any manner through boundaries we should be okay with it because they’re not dividing anybody’s territory. You know the chieftainship of Matsila will remain as it is whether there are so many wards in between is immaterial as long as we focus on getting people to receive good services from government. And that’s a fundamental problem of power struggles where people feel their individual power is of paramount importance and not understanding that the power lies in serving. If traditional leaders are not serving the people [and] politicians serve the people obviously the people will be with the politicians and that undermines the traditional authority. Perhaps that is where the magic lies – serve the people, then you won’t have a problem. Because the common purpose of government and traditional leaders is that of serving the community. So there shouldn’t be any conflict in the first place in my view. – Mukurukuru Media