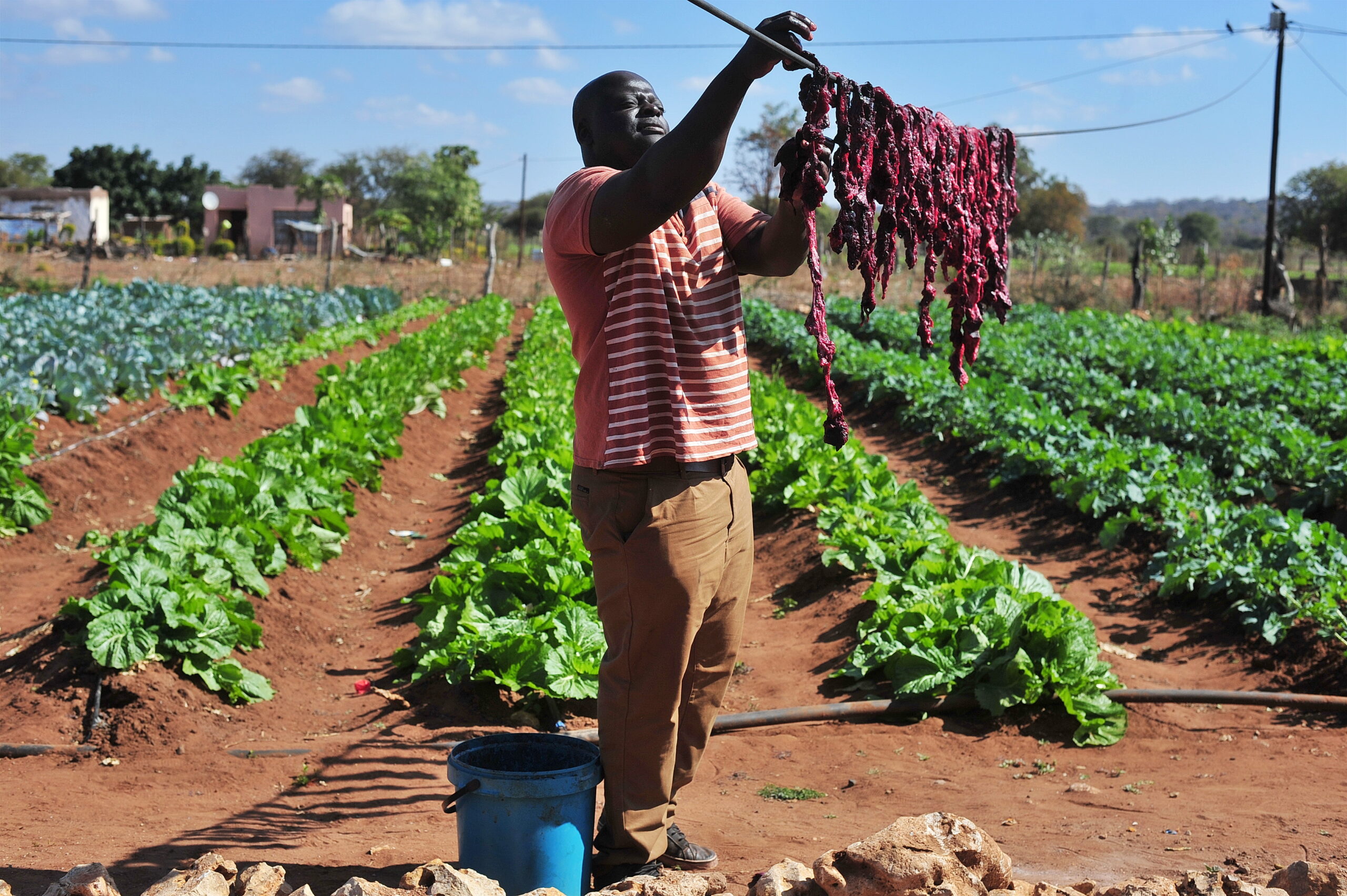 Farming along the Limpopo river means a daily struggle with herds of roaming elephant. LUCAS LEDWABA reports on a case of human-wildlife conflict in South Africa’s Limpopo province

When rangers shot and killed four elephants on the outskirts of Gumbu recently, villagers celebrated by cutting off chunks from the carcasses to eat and share with their domestic animals.

Gumbu is located west of Pafuri, the Kruger National Park’s northernmost gate and south of the Limpopo river. Elephant herds are believed to be marching between Zimbabwe and South Africa in their daily search for food and water. The farming village offers easy pickings for the giants who bulldoze over the fences with ease.

For ages, the giant mammals have been troubling the community of farmers who live along the Limpopo river which forms the international border with Zimbabwe. Now it was the farmers turn to eat their crop-destroying nemesis.

When rangers from the Limpopo Department of Environmental Affairs were called in last week after unusually frequent raids by the animals, the villagers found a rare cause for celebration. Four of the animals were tracked down to the north of the village by armed rangers.

“It was a war out here,” said Mahwasane Mudzweda, chairperson of the Vhembe Communal Property Association who witnessed the operation.

When word reached the village about 3km away, farmers broke out in celebration and headed for the spot where the four giants lay dead in a heap. After the rangers removed the tusks for safekeeping, knives and axes and saws went to work as village elders skinned the animals and cut off chunks of meat to take back to the village to share among the people. Excited people sliced up the meat into pieces, salted it and hung it to dry.

But the celebration was short-lived. Just a day after the shooting another herd of elephants staged one of their destructive overnight raids.

“They were here again last night,” Pfarelo Mudau exclaimed angrily as she walked among her crops where the animals had left huge marks in the ground after stepping on the neat rows of okra and uprooting many of the plants.

The jumbos made nothing of the wire fences erected around the farms to keep away domestic and small animals. They broke down fence poles, trampled over the fences to gain entry onto the farms. There, they feasted on ripening crops of okra, spinach, cabbage and paprika. They ripped up irrigation pipes, probably hoping to quench their thirst.

All around the farmlands, despairing farmers walked around counting the costs while some were hard at work trying to repair the damage caused to the boundaries by elephants. The damage by elephants has added to the losses the farmers suffered as a result of the prolonged Covid-19 lockdown. Due to the lockdown, they could not work the land as they normally do and transporting their produce proved difficult and expensive.

Mudau runs Top Supreme Farming with her husband Phathutshedzo Munyai, selling their produce in the Johannesburg Fresh Produce Market, among other outlets. Just one elephant raid on the 2ha farm sets them back thousands of rand. Months of hard work go into the jumbos’ stomachs.

The farmers are so terrified of the elephants that as soon as dusk falls they make for home to avoid an encounter with these gods of Africa. They have tried numerous tactics to scare them off, such as burning tyres in strategic places around the more than a dozen farms and planting chillies along the fences. In some parts of Africa, farmers have even set up bee fences [setting up bee colonies along fences] and developed non-lethal guns to “bomb” the elephants. But all this has yielded no solution – the jumbos just trample their way to the crops and water sources.

But the elephant problem is not only a challenge faced by the people of Gumbu. The Food and Agriculture Organisation of the United Nations noted that human-wildlife conflicts have become more frequent and severe over recent decades.

The world body cited human population growth, extension of transport routes and expansion of agricultural and industrial activities which together have led to increased human encroachment on previously wild and uninhabited areas as some of the reasons.

Climate change, which has led to low rainfall levels and a decline in natural food and water sources, has been identified as one of the key reasons exacerbating the human-wildlife conflicts.

Zaid Kalla, spokesperson for the Limpopo Department of Economic Development, Environment and Tourism said they have entered into a formal co-operation agreement to deal and manage destruction causing animals in the western boundary of the Kruger National Park.

However, he said claimants “will in all instances have to prove that the damage causing animals actually came from the [Kruger] National Park.
“If it is clear that it came from the National Park, SANParks will have to investigate the matter and establish if all reasonable measures have been taken to prevent animals from escaping from the park,” he said.
Kalla said although damage causing animals compensation protocol guidelines state that only livestock loss can be compensated while agricultural crops are excluded which are damaged regularly by elephants and buffaloes break-outs.

“SANParks undertakes to pay compensation for damages attributed to the actions of wild dog, cheetah, hyena, lion, buffalo and elephant subject to certain conditions as outlined in these guidelines specifically focusing on the loss of livestock.”

He said SANParks has a responsibility to compensate communities where it is certain that animals are from a national park caused damage to the community.

“Communities or farmers must report all escaping animals to the relevant LEDET officials immediately they spot them without taking laws in their own hands as this might cause much harm to human lives as well.”

A recent report study by the organisation Elephants Without Borders in neighbouring Botswana found that elephants were more likely to pass by fields with solar-powered strobe light barriers during a two-year study involving 18 farmers in Chobe. The recently released study is titled Panic at the disco: Solar-powered strobe light barriers reduce field incursion by African elephants Loxodonta africana in Chobe District, Botswana . The country has the world’s largest elephant population estimated at more than 200,000.

“Although elephants were more likely to pass by fields with solar-powered strobe light barriers (which was probably a result of selection bias as we focused on fields that had previously been damaged by elephants), they were less likely to enter these treatment fields than control fields without such barriers. Our findings demonstrate the efficacy of light barriers to reduce negative human-elephant interactions in rural communities.” (Adams et al 2020)

“We must just keep on doing this, fixing our fences and strengthening them. Maybe if the rangers are located nearby that can also help us… the truth is that nothing can stop an elephant,” Vengani Ndou said, fixing a fence which had been struck down by elephants.

But why don’t the farmers gang up and spend some nights on the fields to chase the elephants away by making noise and throwing fire at them like they do in some parts of Kenya and Botswana?

“Eh! Do you know an elephant? We will all be dead. Nothing can stop an elephant. It can even run faster than a car. What is a human being compared to an elephant? It will kill you,” Ndou said. – Mukurukuru Media