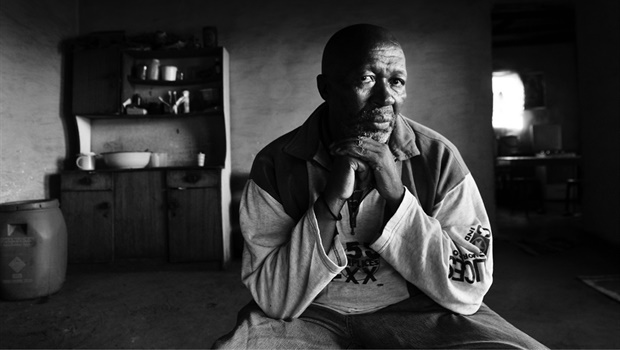 The outbreak of the COVID-19 has sparked fears that mineworkers who suffer from silicosis could be at risk of contracting the virus due to their compromised immune system and die before receiving their pay out settlements from the historic R5billion class action settlement.

Tshiamiso Trust was founded in terms of the class action settlement agreement concluded between six mining companies, some of their affiliates, the claimant’s representatives, and the claimant’s attorneys.

The Trust was registered by the Master’s office of the High Court in February 2020 with the intention to commence the claiming process which will see compensation paid out to affected mineworkers as soon as possible. Its mandate is to pay compensation to an estimated 500 000 ex-gold miners in Southern Africa.

The Campaign was also concerned that the Trust has said that lung function tests cannot be used due to the Covid-19 pandemic.

“Again, this will cause huge delays in claimants qualifying for compensation. The Campaign urges the Trust to urgently find alternative ways to determine the level of damage to the lungs.”

The Campaign also raised concern that the Trust said that due to Covid-19 it was limited to considering claims only from individuals [or, if deceased, their dependents] for whom there are existing medical records.

“This approach will severely delay the payment of compensation to claimants…This assumes that ex-miners can send text messages or access the telephone help lines. We do not believe that this is the case. Sick ex-miners require a lot of assistance to engage with the electronic portal
to the Trust as proposed. We strongly believe that the Trust must come to the miners and not expect the miners to come to the Trust – least of all through online, data-based technology. We propose that peripheral offices are opened region wide utilising the paralegals and organisations that
were involved in the class action.”

Tshiamiso Trust chairperson May Hermanus said they are putting processes and systems in place to ensure that the compensation process moves as quickly as possible. She pointed out that the Trust is only a few months old and in order to function optimally, it had to pay meticulous attention to governance issues for it to deliver on its mandate.

“We recognise the vulnerability of the miners who worked in the conditions in the mines, particularly in the past, that we must move fast as we can and we must put whatever resources we can into making sure that they’re not again disadvantaged by the fact that we now have COVID 19,” said Hermanus.

Hermanus said the Trust has to date, put in place a board that comprises individuals who specialise in areas that include the organisation of benefits claiming process. The Trust has also brought together a team that will support its operations and leans heavily on the expertise of individuals who have extensive experience working in trusts.

“We have an interim management team and what we are working towards is to establish the structures of the Trust fully,” she added.

A historic class action settlement was announced in favour of miners in 2018 following a long legal battle by miners who fell ill due to years of exposure to silica dust from gold-bearing rocks. The South Gauteng High Court ruled that all lawsuits of this kind be consolidated into one action, and hearings to the class certification commencing in March 2015.

In 2018, all stakeholders announced an out of court agreement which provides for compensation to all workers who have worked for mining companies since 1965 and who suffer from silicosis, as well as to the families of those who died as a result of this disease. It took 12 years to reach the 2018 out-of-court settlement between mining companies and claimants.

“I do know that The Trust itself has taken a very long time to be established and I think for many people, part of the impatience is (that) they’ve been hearing about this since heaven knows when but it’s only got established formally in February this year,” said Hermanus.

The Justice for Miners Campaign is an initiative by Breath Films (producers of the award-winning documentary, “Dying for Gold”) and Southern Africa Resource Watch (SARW) who advocate for the payment for just compensation for miners who contracted silicosis and TB as a result of working on South African gold mines.

The Campaign is a regional organisation with Chapters consisting of ex-miner organisations and civil society organisations in South Africa, Lesotho, Swaziland, Mozambique and Botswana.

A meeting was held between Tshiamiso Trust and various stakeholders where Campaign members expressed their dissatisfaction with one ex-miner saying that “it was an important meeting, but many questions remain unanswered.”

“There are many groups who legitimately are working in the area to assist mine workers and who represent miners and mining communities in some way or the other and we are trying to make sure that they are informed about what we are doing,” Hermanus said.

“We are hoping to work with these groups that work with the representatives of miners and ex-miners in such a way that we enhance the chances of people being properly assessed and being compensated if – as per the requirements of the trust deed,” she added.

Hermanus informed that the Trust has a 12-year life.

“This is because of the numbers of people that need to come through the system. It’s meticulous work. We have to use the information we have at hand smartly so that we can reach those whom we know are older, whom we know might be more ill quickly.”

One thought on “Fears over silicosis miners as covid-19 strikes”