Child of this Soil set for the big screen 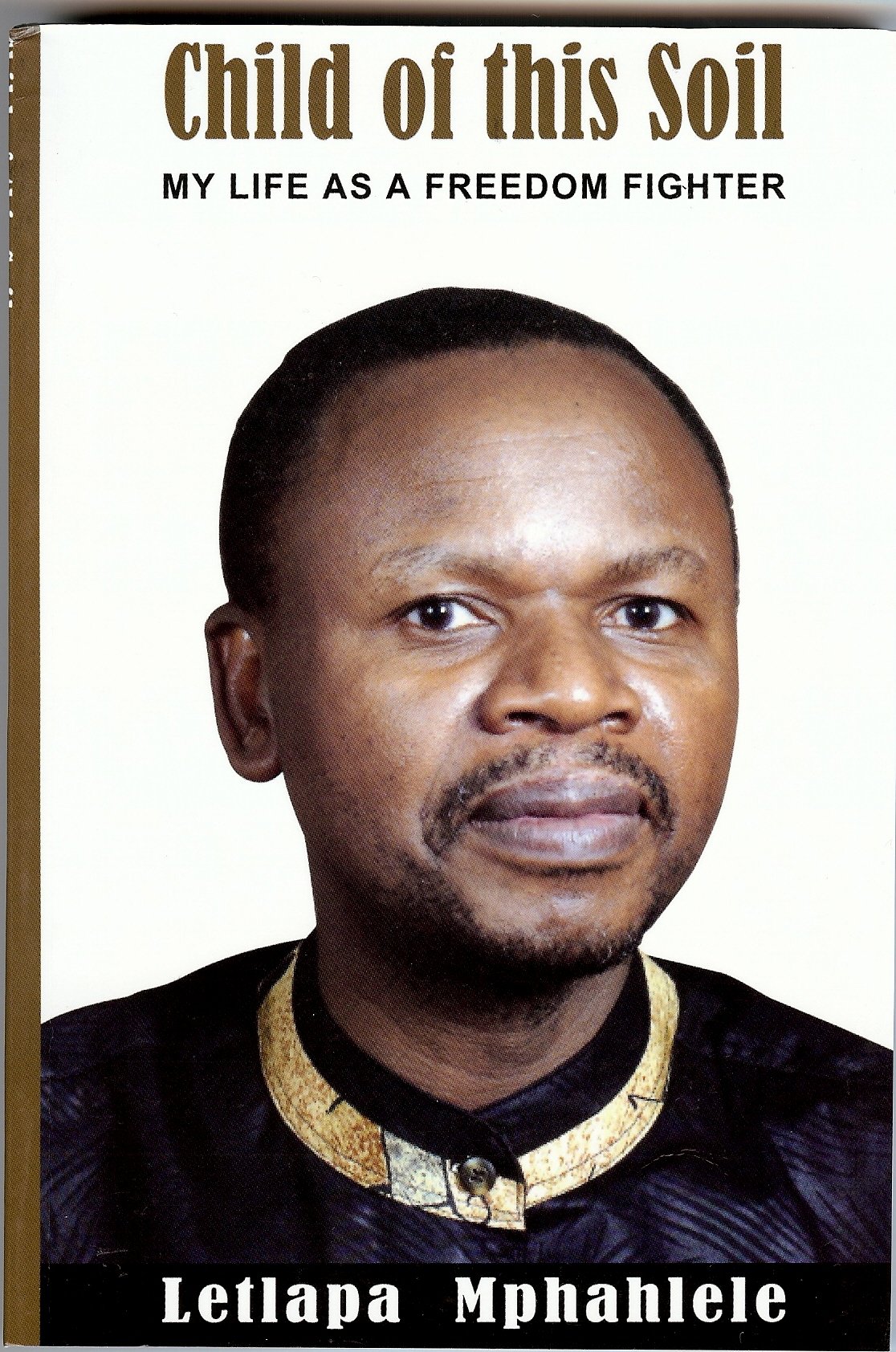 Just a week after joining the Pan Africanist Congress of Azania in exile in Botswana in 1978 – a young Letlapa Mphahlele got a rude awakening to the realities of life as a refugee in a foreign country.

“…the Botswana government ordered all refugees who were not attending school and were not employed to move into the Dukwe Refugee Camp, 130km north-west of Francistown. The camp had housed thousands of Zimbabweans who had returned to their country in preparation for independence,” Mphahlele writes in his autobiography Child of this Soil – My Life as a Freedom fighter.

This gripping account of life in refugee and military training camps in different parts of Africa, stints in prison cells in Botswana, Lesotho and South Africa and other captivating details of Mphahlele’s life story are set to come to life on the big screen.

Scriptwriters are already working on the adaptation of the book, which details Mphahlele’s life as a freedom fighter who joined the PAC in exile in 1978.

Mphahlele rose from a rank and file member of the Pan Africanist Congress of Azania (PAC) to director of operations of its military wing, the Azanian People’s Liberation Army [Apla]. In 2006 he was voted the party’s president and served as a Member of Parliament.

Child of this Soil – My Life as a Freedom Fighter was first published by Kwela Books in 2002 and is now under Mphahlele’s Mwalimu Books. It has since been translated (but not yet published) into Northern Sotho, Venda, Xhosa, French, Spanish and German.

In 2002 it was rated a best seller under Kwela and was prescribed for third year students at Vista University’s Welkom Campus in the Free State. It was later voted by the public in Free State among the top 20 books which influenced their view of history and was nominated for the Alan Paton Non-Fiction Award.

Although the book deals with the serious life and death situation of a freedom fighter’s struggle, Mphahlele still found a way of making light of challenging situations like in the following exchange that took place as the refugees were being transported to Dukwe in military trucks.

“Do you know what refugees eat in Dukwe?” asked fat Valiant, who walked with a limp, as the truck rolled noisily northwards on the tarred road under the burning afternoon sun. The truck fluttered its canvas covering as it tore through the still air.

“If you know, tell us,” Komane answered.

“They eat one meal of sour porridge, ting, and pigeon.”

“How is the pigeon cooked?” somebody asked.

“They dish out the ting and hand out slings, show you the bush and tell you to go and shoot the pigeons for your meat,” Valiant answered amid laughter.

In another account of life in the military training camp of Mbeya in Tanzania, Mphahlele regales the reader with cadres daily close encounters with wild animals.

“Occasionally a pride of lions lurked around the camp, coming as near as the football field. The roar in the middle of the night was frightening. It carried the magic of the wild. When it sounded, we cut our urinating short and rushed back into the house. Those who had been preparing to go out simply endured their overloaded bladders…

“One day in broad daylight, the camp commander, Jan Goebbels’ Shoba and Thabo Bodibe sighted a pride of lions relaxing and yawning on the path ahead. Goebbels ordered his soldier not to run away. Thabo obeyed the order and moved next to his lion-hearted commander. An earth-shaking roar from the pride filled the air, and, forgetting to change his orders, Goebbels sprinted. He outran Thabo to the point where Thabo lost sight of him.”

The book details also, the internal exile politics of the PAC, Mphahlele’s return to the country in 1991, life in the underground during and after South Africa’s transition to democratic rule.

Child of this Soil also deals extensively with his battles with the Truth and Reconciliation Commission and the ANC government’s continued incarceration of Apla cadres in what has been criticized as the criminalisation of the PAC’s armed Struggle.

Mphahlele said the outbreak of the covid-19 pandemic has made it tricky to come up with a timeline regarding the film production.

“Covid-19 has affected our schedule. Until things normalise, we can’t get our planning right,” he said with regards to the project’s timeline and projected completion.

He said he is also still looking for investors both locally and abroad to come on board to complete the film. The project will add to the growing body of film work detailing the country’s rich and tragic history of the Struggle against apartheid.

These include recent films such as Kalushi, Winnie Mandela, Red Dust, Mandela, Endgame and In My Country among others.

“In all fairness, there has been a few films [and] documentaries covering the Struggle story. Ideally, this new project will have a struggle background, without claiming to be a struggle movie. It should be a human story of love and hate; pain and pleasure; hope and despair and trust and betrayal,” said Mphahlele.

He said the shooting location will be determined once a director and a producer are roped in. Mphahlele said the National Film and Video Foundation (NFVF) has committed to fund the development stage of the film, which entails script writing and editing and research.

“From the development stage we’ll apply for funding for pre-production and later for production,” he said.

Mphahlele has worked on reconciliation projects and presented talks on the subject both locally and abroad. Together with Ginn Fourie, the mother of Lyndie Fourie, who was killed in a shooting he ordered as Apla’s director of operations in 1993, they have worked together in a project to promote reconciliation through the Lyndi Fourie Foundation. They have also featured in a documentary titled Beyond Forgiving.

He told the Forgiveness Project in an interview: “Some people have decided not to forgive me for what I have done, and I understand that. It’s not easy to forgive, but to those who have forgiven I believe that this is how we start to rebuild our communities. This is an intense human mission. People sometimes ask me if I have also killed people myself, with my own hands. When I am asked this, I never answer.

“Not because I am afraid of speaking the truth, but because I believe that every foot soldier who killed at my command is less guilty than me, because I authorized the targets. I exonerate those who pulled the trigger. It is I who should shoulder the blame.” Mukurukuru Media

note: Child of this Soil – My Life as a Freedom Fighter is available on various online platforms including Amazon