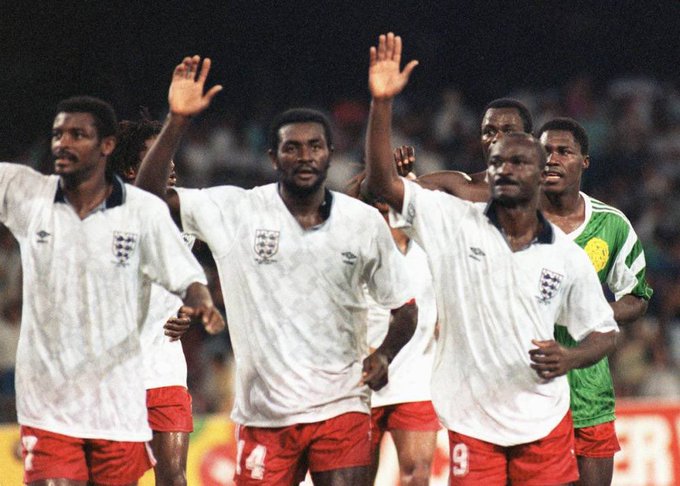 When the glorious history of Africa is written someday in future, June 8 1990 will be mentioned up there among the notable dates on the continent’s momentous calendar of victories against international opponents on the sporting and battle fields.

Stephen Tataw Eta, who died from illness in Yaounde on July 31 aged 57, will also feature among the men of valour, legions of generals that led African teams and armies in victorious battle against foreign opponents.

In the fashion city of Milan on June 8 1990, Tataw Eta led his teammates in the opening match of the Italia ’90 Fifa World Cup against the defending world champions Argentina, led by the best player in the world at the time, the inimitable Diego Maradona.

In football circles it was a matter of by how many goals Argentina would cruise past Cameroon who boasted a rather unimpressive record on the world stage. Their only notable performance in the World Cup until then, was a 1-1 draw with Italy at the 1982 tournament. The men from Yaounde did not qualify for the 1986 tournament.

And so, as they lined up alongside the stars of Argentina fresh from winning the coveted world cup title after beating a determined West German side four years earlier, it was expected Maradona and his team would easily walk over Tataw Eta and his Indomitable Lions.

But history was about to be rewritten. At the final whistle, Africa was buzzing, strutting, drunk with joy. Tataw Eta and his men had achieved the implausible.

And this was not against an ordinary Argentina side, but Argentina led by the greatest player in the world at the time, the magician in the number 10 jersey, Maradona.

In the 69th minute of that match, Francois Omam Biyik, as if propelled upwards by the gods of Africa, rose like an eagle soaring majestically over Mount Kilimanjaro, to head home the only goal of the match for a famous victory.

Two years earlier, Zambia had also achieved a similar feat with a 4-0 victory over Italy in the Olympic games in the South Korean city of Seoul courtesy of a spectacular hattrick by Kalusha Bwalya.

Although the Zambia victory over what was deemed then a superior footballing nation was as significant a historic achievement as the Ethiopian victory in the battle of Adwa some 90 years earlier – the Cameroon victory over Argentina was extra special.

Although they were considered a strong European football powerhouse, Italy were not defending world champions. And they were not led by Maradona. And the Olympic games, football wise, still do not match up to the World Cup which is considered the ultimate football spectacle.

Prior to the June 8 victory, I had never seen Cameroon play. Like many of us here down south starved of exposure to African affairs and football, I did not know about Stephen Tataw Eta or Francois Omam Biyik or even Roger Milla.

The only footballers from across the Limpopo that we knew were those like Ernest Chirwali who had defied the Fifa ban to come ply their trade in South Africa. We had never watched any Africa Cup of Nations match and knew very little about football on the continent. The only other reference to football beyond our borders was Europe, hence in the townships and villages, clubs were named Manchester this or Rovers that or Liverpool so and so.

Information on English football, like it is now, was always easily available through magazines and television. But not African football. The apartheid project had by then succeeded in its quest to hoodwink many of us South Africans into believing we were not really part of this ‘dark continent.’

The Cameroon match against Argentina was in fact the first ever live World Cup match to be televised by the SABC. We had seen highlights of Maradona in action and read extensively about his footballing genius. But nothing about Cameroon.

After the June 8 victory most African people south of the Limpopo adopted Cameroon as their own. In those days, a South Africa playing in a World Cup was just a dream. And many of us had never seen a World Cup before, except for highlights packages years old.

Cameroon became the new craze. Suddenly the men in the green shirts, red shorts and bright yellow socks, beating an all-white team at that, restored our pride as Africans.

Clubs in the townships added Cameroon to their long names, Cameroon this, Cameroon that replaced the Liverpool this and Spurs that. The men from Douala and Yaounde played an enterprising type of fast free flowing football almost similar to ours here down south, though minus the shibobos and vula valas.

In the townships, suddenly, players were nicknamed after Cameroonian stars Cyril Makanaky, Roger Milla and Thomas Nkono among others. Stephen Tataw Eta and his teammates, playing thousands of kilometres away, had sparked an African renaissance among footballers playing in dusty fields in townships and villages.

We were Cameroonians. We were proud of an African team that had taken on and beat an all white team of defending World Champions. They had made the greatest player on earth, Maradona, look ordinary. We watched and cheered and cursed and screamed as Cameroon, our team, marched to the knockout stages in spectacular fashion.

Cameroon went on to beat another respected Latin American side, Colombia in a spectacular match in which veteran Roger Milla gave the world a dose of some African rhythm with his goals and spirited celebration, wiggling his waist at the corner flag.

But the night Cameroon took on England, who still consider themselves a great football nation despite having won the World Cup only once in 1966, remains one of the greatest. The match had generated such interest that prior to the fixture, the Sabc news carried a bulletin of a Cameroonian inyanga holding a vibrating charm, predicting that the west African nation would score twice but that England would also be awarded two penalties.

On match night, Cameroon were just unstoppable, playing the game with flair and a careless freedom that saw them come back from 0-1 down to leading 2-1 for most of the match. The men from Yaounde never once seemed overawed by their celebrated opponents.

A careless tackle on Gary Lineker late in the match earned the English a penalty that allowed them to level matters to cancel out what seemed another historic win by the Africans. Another extra time penalty following a foul on Lineker saw the English win 3-2.

After that match I cried. Watching the Cameroonians, graceful and sporting in defeat, proud and unshaken, doing a lap of honour to appreciate the still awed fans was a sight to behold. Some of the players, including Tataw Eta, were dressed in the English shirts exchanged with their opponents.

I was in awe. I was sad they lost. But I was proud that these men, these darkies that looked like me and they guy next door had put up such a great showing against European and South American opposition.

I was just in awe of the team of Africans, who played the game with swag; two touch, one touch, two touch, run, space, receive, two touch. Even their names as they passed the ball around in style, sounded like a poem in celebration of the artistic genius of Africa; from Mbou to Milla to Tataw, Kunde to Mfede to Biyik…

It was not surprising that when SA was readmitted back to Fifa in 1992, the Indomitable Lions of Cameroon were the first opponents chosen to give Bafana Bafana their first taste of international football.

News of the upcoming fixture against Cameroon, sparked animated debate with some believing the World Cup quarter-finalists were going to roast the newly assembled Bafana while others believed SA would show the world the talent and flair it had been denied during the decades of isolation due to apartheid.

The three-match series ended in a draw after the teams scored a 1-0 victory each and another match in Johannesburg ended in a 2-2 draw. I was fortunate to be among the crowd at the Johannesburg match on that July afternoon.

It was unbelievable to be seated there, watching the great Indomitable Lions in the flesh, Jean-Claude Pagal, Roger Milla, William Andem, Hans Agbo, the great Stephen Tataw in the flesh.

It was even more incredible, to be watching our own local stars, Phil Masinga, Doctor Khumalo, Mark Anderson, Ewe Khambule, not playing against one another in a derby, but representing our country against a team that had competed on the world’s greatest football stage.

News of Stephen Tataw Eta’s demise took me back to those days when the dream of an African team winning the world cup was ignited. It reminded me of the power and influence sport can do to inspire nations and communities and people.

The continent’s football has regressed terribly since then and perhaps another generation, inspired by the valour of Tataw Eta and the 1990 generation would revive this dream and breathe a new fire of hope into the continent.

What’s not disputable though is that one day when historians pen the glorious history of Africa, Cameroon’s showing in the 1990 World Cup would be celebrated among some of the great victories like the Battles of Adwa and Isandlwana. And Stephen Tataw Eta’s name would feature right there among the greatest sons of the soil. Fare thee well captain of Africa.