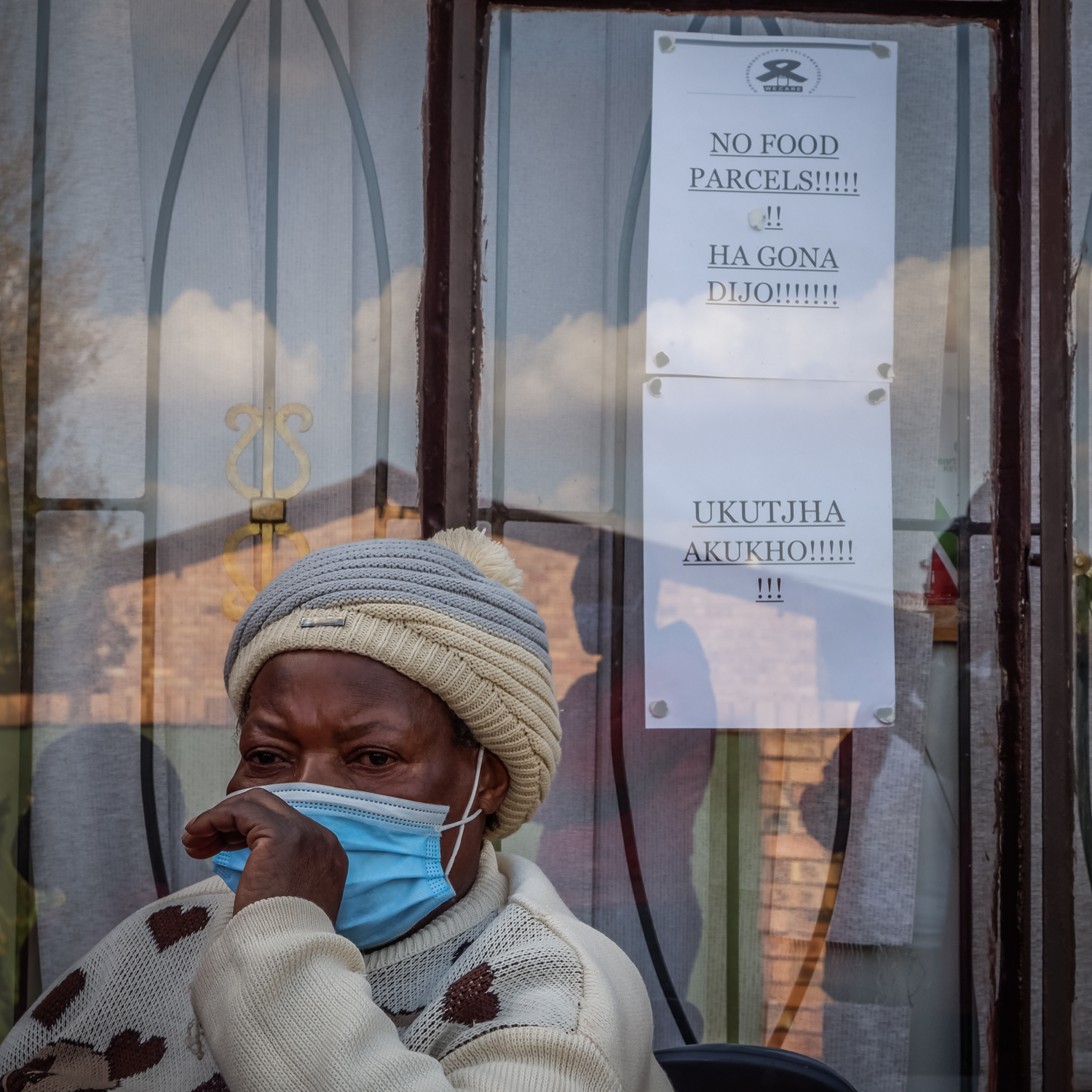 The halt in economic activity caused by the covid-19 lockdown has hit hard most families who rely on informal forms of employment and those with underlying health conditions. Tshepiso Mabula ka Ndongeni visited one such community

The bold signs pasted on the windows of the house that serves as the Rorisang Men and Youth Development Services Centre are not difficult to notice.

One of the volunteers at the centre explains they had put the signs because everyday numbers of desperate community members walked into the centre to enquire if any government sponsored food parcels were available because they had nothing to eat. Scores of people turned up at the centre in the North West town of Klerksdorp to wait for food parcels.

The parcels were donated by the SA Catholics Bishops Conference with support from the United Nations Women.

Project manager, Mojabeng Mafohla says she is relieved because most of the recipients have underlying health conditions and have been unable to take their medication regularly because of the lack of food as a result of the lockdown.
This devastating reality is the story of many South African households. A recent report by the United Nations states that prior to the onset of this pandemic, more than 820 million people were already identified as chronically food insecure globally.

The halt in economic activity and the devastation caused by the pandemic itself has hit hard most families who rely on informal forms of employment such as temporary labour, domestic work and informal trading.
This is even more harder for households that have people who suffer from
conditions such as tuberculosis, HIV, diabetes and many other illnesses. The double edged sword of this current pandemic and the inability to have regular meals has meant that most people with other underlying comorbidities have had to sacrifice taking their medication regularly and thus defaulting and risking their lives even further.