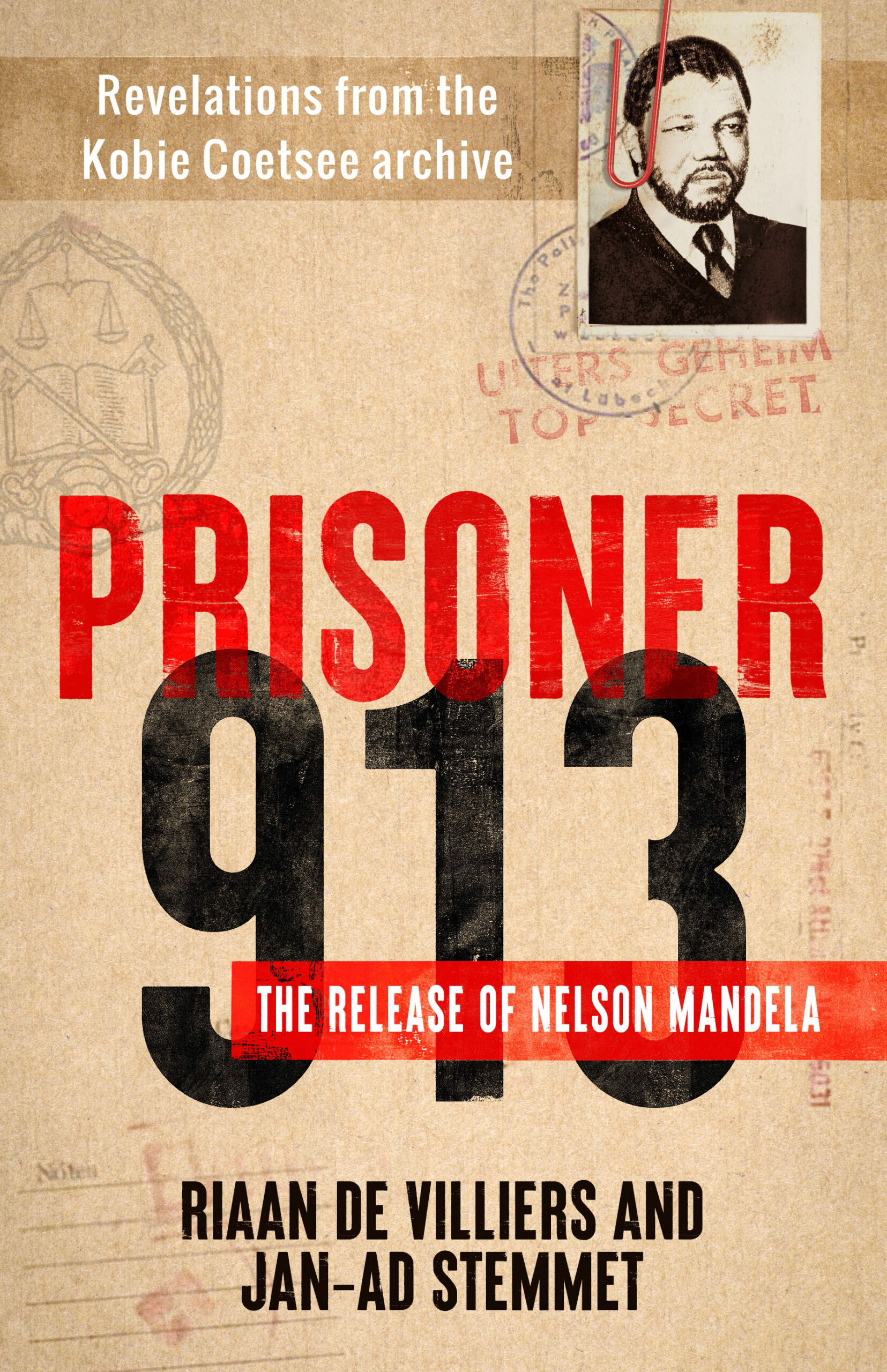 In 2013, historian Jan­-Ad Stemmet opened a box at the Archive
for Contemporary Affairs at the University of the Free State and
realised he’d found a collection of documents that would rewrite the
story of Nelson Mandela’s release.
It contained a vast set of files, assembled by then justice and
prisons minister Kobie Coetsee.
Stemmet and co-­author Riaan de Villiers bring some of its most
compelling secrets to light in the book Prisoner 913 – The Release of Nelson Mandela. The following is an extract detailing a phone call Mandela made from prison to the ANC leadership in Lusaka:

‘I can come to Lusaka to see you and our comrades … you could come here, that is, whatever representative you might appoint for that purpose … we could meet you at a mutual spot … or we could use a go-between, an intermediary …’

ON 19 December 1989, Mandela spoke to Alfred Nzo and Thabo Mbeki in Lusaka, in a phone call made from Victor Verster Prison. It was the first direct contact between him and the ANC in exile; the first time he had spoken to Nzo in almost thirty years; and perhaps the first time he had ever spoken to Mbeki.
It was the first of three telephone conversations between Mandela and key figures in Lusaka in the increasingly intense period leading up to early February 1990. The conversation was recorded, and a seemingly accurate transcript appears in the Coetsee archive. Highlights appear below.

The historic call starts as follows:

Nzo: ‘Very well indeed. How are you?

Nzo: ;He is slightly better, Madiba. We are expecting today that he might come out of the clinic. And in the next few days he will be getting to Sweden. For further management, you see.’

Mandela expresses concern about Oliver Tambo, then in a clinic in Sweden after his stroke, and they discuss the possibility that his wife Adelaide would come to live with him when he returns to Harare.

Mandela then tells Nzo he has been trying to get in touch with him for several days. As Nzo is aware, he met F.W. de Klerk the previous Wednesday (13 December). At the end of the meeting, he told the President it would be necessary for him to get in touch with Nzo, to find out how to report on a proposal that came out of the meeting. This time, he thought it was worth reporting to the National Executive Committee. De Klerk delegated this matter to Coetsee, who authorised the call to Lusaka. Mandela goes on to say that Cyril Ramaphosa and four others visited him earlier the same day, and that he briefed Ramaphosa about the proposal.

‘Now, I don’t know how you want me to do it? … I have merely informed him so that when you consider with your colleagues how we should arrange the report … you should know just what it is, in the sense of the nature of the proposal that came out.

‘I can come to Lusaka to see you and your comrades, our comrades. The advantage of coming to Lusaka would be that I would see as many people as you want me to see. The other alternative is that you could come here, that is, whatever representative you might appoint for that purpose … or alternatively we could meet you at a mutual spot … or we could use a go-between, an intermediary … or I could send a written report, whichever you prefer. That is the position.’

‘You have got the particulars of their names. Dr Niël Barnard has been phased out, you know, I have not met him since Mr De Klerk took over. But the other three are still there. And they visited me on the 5th, and then on the 12th … And the following day I saw the State President … that would indicate to you the importance of the matter …

‘But Cyril will give you a further briefing. I would suggest that you should in the first place get a report from him. And then when you have got the report and considered it, you can come back to me … There is an element of urgency about the matter. Because eventually I will have to report back to the State President …’

Mandela gives Nzo a code and telephone number, and tells him to ask for a Major Marais. Marais would come to call him (Mandela), who lived four kilometres away from the prison. They would then phone Nzo back.

Nzo: ‘I see … so then Madiba the scenario is that we should try to get Cyril.’

913: ‘Yes … I am sure he will get you before you do. Perhaps he will phone you first thing in the morning, or he may be trying to phone you now – we don’t know.’

Nzo: ‘He phoned earlier and spoke to Thabo. He told us to be here at this time’ (in Xhosa).

Nzo: ‘Thabo said they must phone tomorrow’ (in Xhosa).

Mbeki: ‘Fine thanks, and how are you?’

Mbeki: ‘Ja, that’s good, and everybody has been reporting that …’

The phone conversation contains some new information, first touched on in Mandela’s conversations with Chikane and the delegation from COSATU, and reflected in an earlier chapter. Firstly, Mandela confirms that a ‘proposal’ emerged from the meeting between him and F.W. De Klerk some two weeks previously. He then envisages a discussion between the ANC, and sets out a startling array of options for doing so, including him travelling to Lusaka, the ANC sending a representative to visit him in South Africa, or a meeting at a mutually agreed location – all with the anticipated cooperation of the South African authorities. The conversation does not give any indication of the nature of the proposals. It also implies that at least some have not been put in writing.

More generally, this and later conversations with Lusaka reveal that Mandela expected he would report back to De Klerk at least once, and that he might even have expected a series of meetings with De Klerk in which they would refine a combined strategy for dealing with the political transition. In the event, he never saw De Klerk again before 9 February, only to be abruptly informed – to Mandela’s intense discomfort – that he would be released the next day. Again, though, a lot of water was first going to flow under the bridge. …

About the authors
Riaan de Villiers is a journalist, editor and book publisher.
Dr Jan­Ad Stemmet is a historian at the South African National
Defence Force Military Academy.