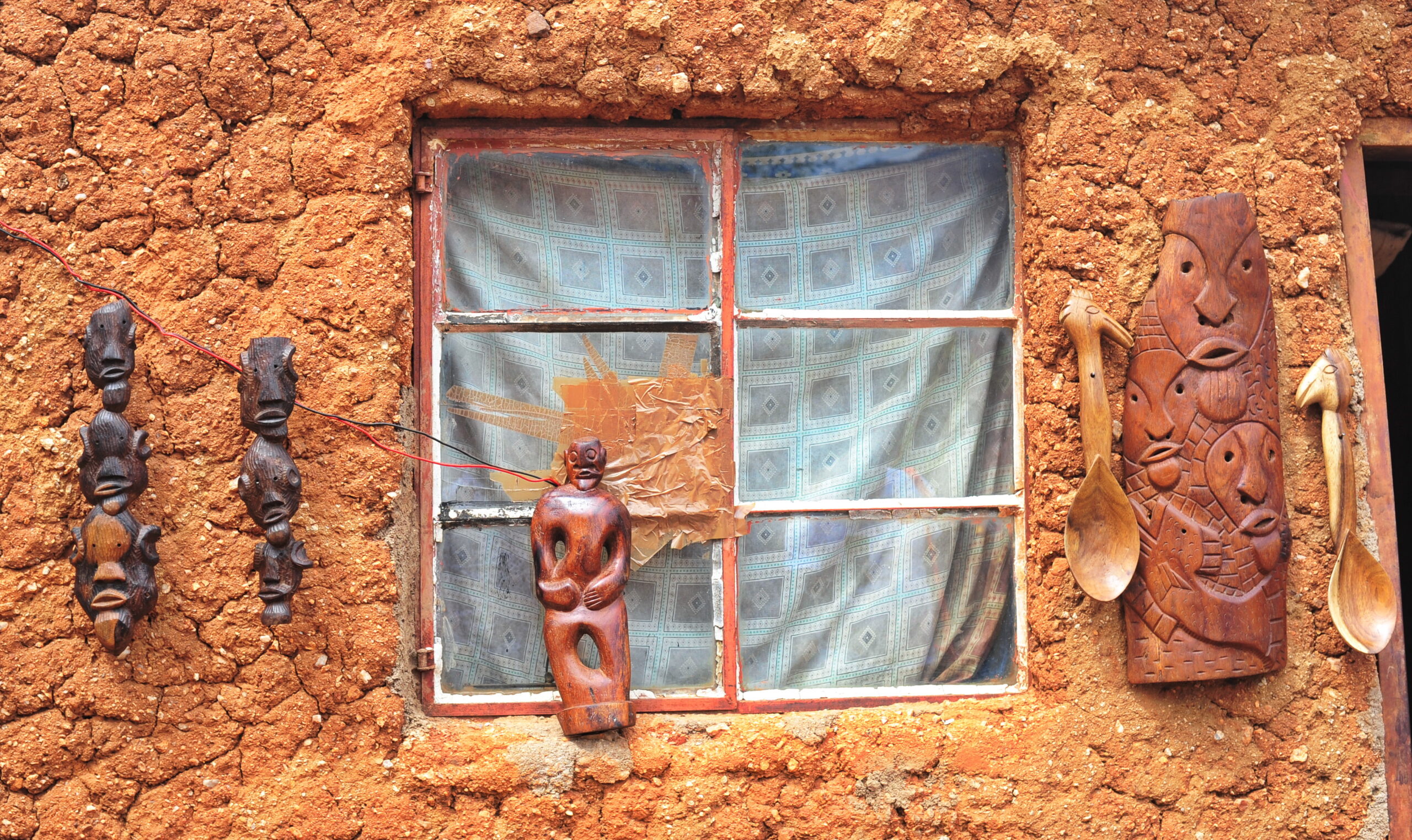 Sculptor Thomas Kubayi flashes a naughty smile when probed about the inspiration behind one of the art pieces on display at his Vutsila Art Centre in Tshivhuyuni village in Limpopo.

The sculpture fashioned from dark lead wood is titled Women Fighting for Men. It depicts two brawling figures locked in what appears to be raging embrace. In another piece Kubayi captures a completely contrasting mood and emotion.

In it two figures dressed in what looks like the Tsonga women’s ceremonial skirt xibelani are clearly lost in song, embracing merrily with mouths agape in song. The piece is titled Tsonga ladys dancing.

Kubayi’s gallery is in a rural village in one of Limpopo’s remote areas. It forms part of the province’s Ribola Art Route. The course boasts renowned wood craftsmen and women located within a 30 km radius around the village of Elim.

The United Nations World Tourism Organisation (UNWTO) has designated 2020 as the Year of Tourism and Rural Development. World Tourism Day is set to be celebrated on 28 September.

The organisation said tourism and rural development celebrates the sector’s unique ability to drive economic development and provide opportunities outside of big cities, including in those communities that would otherwise be left behind.

“World Tourism Day 2020 also highlights the important role tourism plays in preserving and promoting culture and heritage all around the world.”

The UNWTO said this can also advance inclusion and highlight the unique role tourism can play in preserving and promoting natural and cultural heritage and curbing urban migration.

But this has been a tough year for the tourism and arts sectors resulting from the covid-19 lockdown. The UNWTO says that tourist arrivals plunged 93% in June when compared to 2019.

Rural based artists like Kubayi have borne the brunt of the lockdown which restricted movement especially those of international tourists.

However, with the easing of lockdown regulations the world over, the likes of Kubayi are waiting with expectation to receive visitors as life returns slowly to normal.

“Given the size of domestic tourism, this will help many destinations recover from the economic impacts of the pandemic, while at the same time safeguarding jobs, protecting livelihoods and allowing the social benefits tourism offers to also return.”

Pololikashvili said as of early September, 53% of destinations had eased travel restrictions and that safe and responsible international travel is now possible in many parts of the world.

He said it is imperative that governments work closely with the private sector to get global tourism moving again.

“Coordinated action is key,” he said.

Minister of Tourism Mmamoloko Kubayi-Ngubane said government has development a recovery plan for the sector which is anchored on three pillars.

CEO of SA Tourism Sisa Ntshona said after recently exploring the Rivola Art Route that there will be great benefit if artists on the course were to work on a visible and unique brand visibility.  He said there needs to be a way to protect such work of art, to differentiate it from the rest of the work in the global art market.

“Creating a seal and visible brand market for such products would keep the legacy alive and draw people to specific artists, not just have a generalised art from Africa idea,” said Ntshona.

Artists on the route operate from their village homes and rely on drop in visitors. However they have limited online presence which if boosted, could significantly expose their work to the world beyond their villages.

CEO of the Limpopo Tourism Agency, Sonto Ndlovu said there is a need for the route to develop a branding concept that will clearly link the various art places found in the area through geographical positioning systems (GPS), proper sign posts along the way, and other materials like brochures that could also be made available digitally.