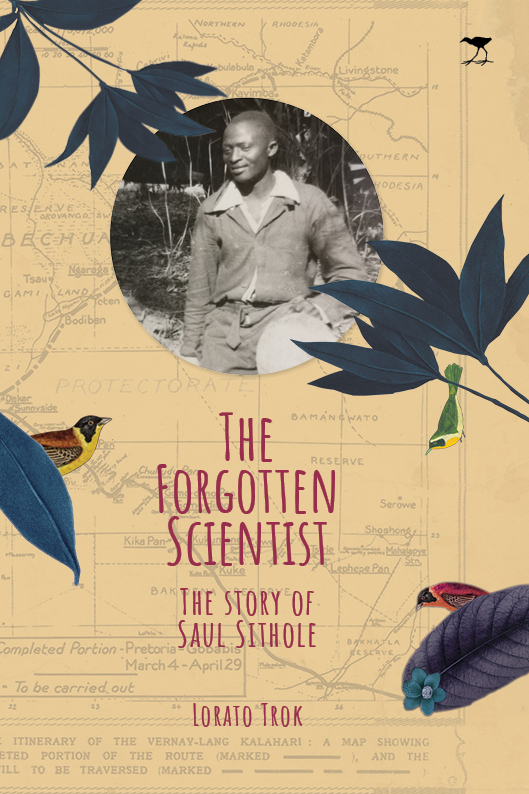 Unrecognised, ignored and forgotten. The Forgotten Scientist: The
Story of Saul Sithole is the untold story of a pioneering black scientist
who made a great contribution to the fields of anthropology and
ornithology in South Africa.

Sithole was so committed to his craft that even the weight of apartheid did not stop him from giving 62 years of his life to the scientific world of birds and fossils. Saul never received the official recognition he deserved – until now.

The following is an extract from the book by Lorato Trok

AS skilled as Saul Sithole was in scientific work, even going as far as teaching his white senior colleagues who were seasoned scientists some tools of the trade at the [Transvaal Museum] museum and on expeditions, he could not become a scientist because he was black.

Sithole was different from his black colleagues who worked at the museum. Makawe’s and Mathabathe’s understanding of birds was in indigenous knowledge, whereas Sithole worked in a more scientific capacity with birds and fossils. He was close to white scientists and thus the knowledge of science. He still had to know his place as a black man in a segregated South Africa. His many expeditions with white scientists only offered him relief from carrying a Dompas, but he still had to sleep under a tree with a knife during these expeditions, unlike the scientists who carried government-sponsored guns for protection and slept under the safety of tents.

Zondi Zitha believed that had her father had the opportunity, he would have enjoyed a deeper engagement with science. Even Zitha herself could have followed in her father’s footsteps and become a scientist. She was well-versed and had an interest in her father’s work and knew as much about ornithology and anthropology from him. He pointed out rock formations and bird calls to his daughter. He created his own cabinet of natural history at his home, with a replica of “Mrs Ples”.

There is no record of Saul Sithole challenging the authority of the white scientists he travelled with on matters of race and segregation. The only record of him being angry at authority was when he was blamed for the car accident that injured Roberts and a subsequent ban on his driving.

Sithole learned many skills and he was given new responsibilities at the museum working with fossils as his work was so precise. Until 1934 he had spent six years on mammals and birds, preserving and preparing them for displays. Sithole’s skills were incomparable. He even took on the responsibility of transferring his skills to high-level professional employees of the museum.

Professor Francis Thackeray, the anthropologist who would later become the director of the Transvaal Museum, learned to prepare specimens from Saul Sithole in 1971, when he was almost 20 years old. Professor Thackeray recalled that he and Sithole used to work together at the back of the museum. For obvious reasons, one laboratory had the undeniable smell of dead animals in a large tank filled with water. Sithole made a concoction that he said would offset the stench of the rotting meat. Thackeray remembers going into the room the next day and to his surprise, the smell was gone: “Saul would always say, ‘just one drop, Francis’, and it would work”.

Sithole was involved with many palaeo-anthropological findings while accompanying his supervisors as an assistant. He worked with Dr Robert Broom, a medical doctor who excavated at the Sterkfontein limestone caves. He was present with Broom in August 1936 when the second ever Australopithecus africanus skull (TM 1511) was discovered. It was known as “Mrs Ples” (the first to be found was the “Taung Child”).

Zondi Zitha recalled that her father was very proud of his zoological and paleontological work at Sterkfontein. He became invested in the challenge, she recalled.

During the 1937 Barlow-Transvaal Museum expedition to South-West Africa (Namibia) with Roberts and the herpetologist Vivian FitzSimons, Sithole collected insects and trapped small mammals and birds. He was pleased to have trapped two of the rare birds while Austin Roberts only trapped one. His proudest moment, which he will later relate to entomologist Charles Koch during their trip to Angola in 1956, was when he showed Austin Roberts how to collect black and white striped beetles in the dunes of Namibia. Roberts acknowledged Sithole’s rare find in the South African ornithological journal called the Ostrich.

In 1938 he travelled with Dutch scientists to the Kruger National Park to collect blood samples from giraffes. From 1939 to 1940 Sithole and Austin Roberts took a four-month expedition trip to the southern Cape where they were involved in a car crash that knocked him unconscious and injured Roberts slightly. He travelled very little after this trip. He would concentrate on improving the quality successful 1937 expedition with Austin Roberts and Vivian FitzSimons in South West Africa, Saul Sithole undertook a few more expeditions across the African continent, and returned back to South West Africa during 1952 zoological expedition to Katima Mulilo.

Saul made his last two expeditions for the museum in 1956. His trusted confidante Austin Roberts had died from a heart attack while driving in 1948, while Robert Broom had ceased to work at the Sterkfontein caves. Saul’s last expedition was to the Blouberg region of what is now Limpopo with ornithologist O.P.M. Prozesky, where he squeezed in a visit to the Rain Queen. Saul was gifted a sheep to slaughter.

Lorato Trok has more than 10 years’ experience in publishing, writing
and story development in children’s literature. Lorato is a creative writing facilitator and has facilitated writing workshops in South Africa, Zambia, Lesotho, Swaziland, Kenya and the United States for teachers, learners, aspiring writers and librarians