Waiting for the coal train that brought them to SA mines 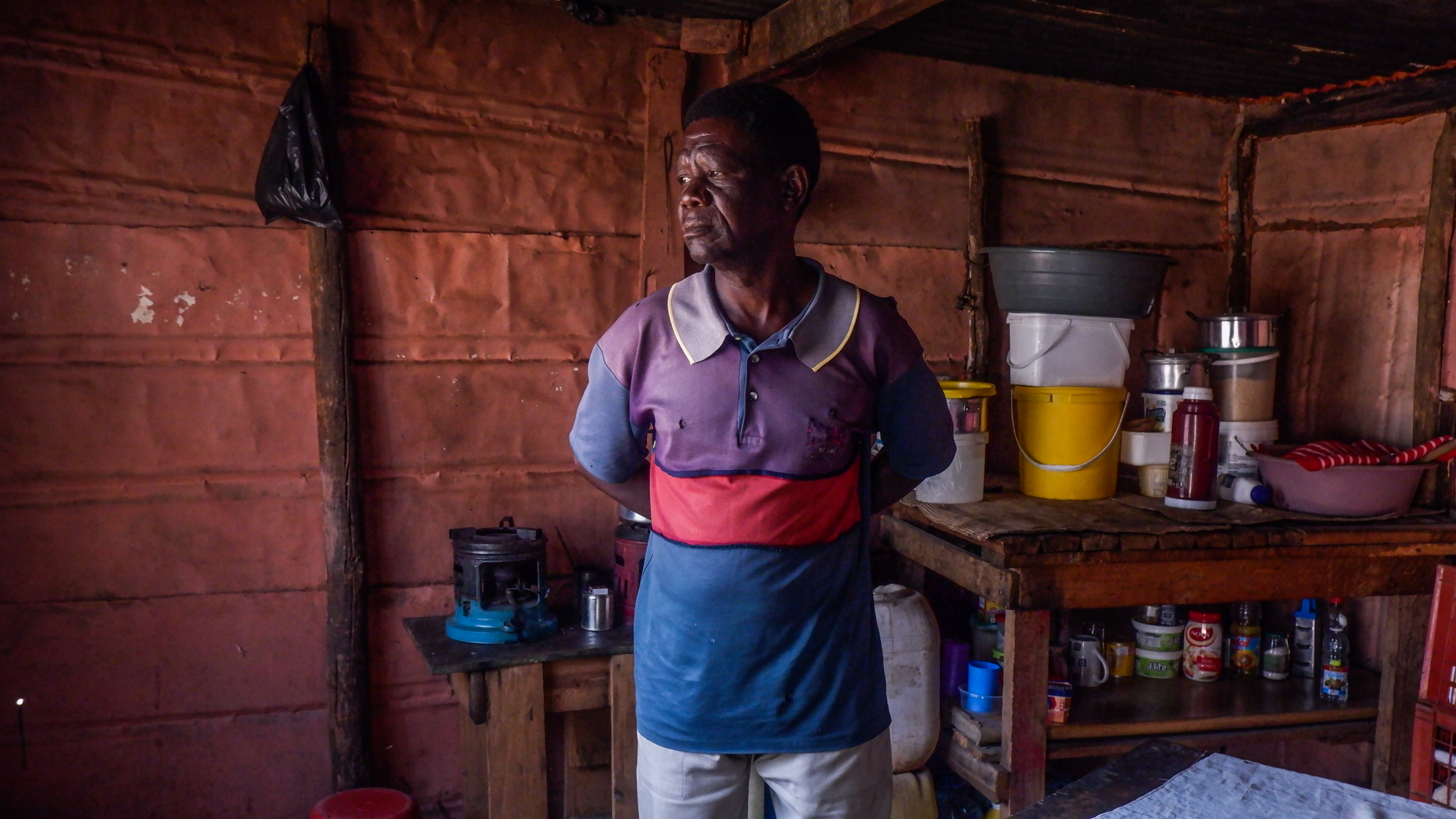 The story of men like Zacarias Chirindza is very common in the landscape of Southern Africa’s history.

It is the tale of young men, leaving their places of birth in search of opportunities and a better life only to be devoured by the harsh conditions down the mine shafts.

Their tale is aptly captured in Hugh Masekela’s celebrated tune Stimela, in which he sings about the coal train that brought men like Chirindza to come work on the gold and mineral mines of South Africa.

Masekela’s powerful lyrics in the song appropriately captures the fate suffered by hundreds of thousands of men from the sub-continent:

‘…From all the hinterland of Southern and Central Africa.
This train carries young and old, African men
Who are conscripted to come and work on contract
In the golden mineral mines of Johannesburg
And its surrounding metropolis, sixteen hours or more a day
For almost no pay…‘

Chirindza, a former coal miner from Mozambique who was barely 18 years old when he left his home is now sick and destitute living in a tin shack far away from his land of birth.

Plans are now afoot to assist him and his colleagues in the coal mining sector to claim compensation from their former employers in the same way former gold miners sued mining companies, resulting in a R5 billion settlement in 2019.

A historic class action settlement was announced in favour of miners in 2018 following a protracted legal battle by goldminers who fell ill due to years of exposure to silica dust from gold-bearing rocks.

The South Gauteng High Court ruled that all lawsuits of this kind be consolidated into one action, and hearings to the class certification commencing in March 2015.

In 2019, all stakeholders announced an out of court agreement which provides for compensation to all workers who have worked for mining companies since 1965 and who suffer from silicosis, as well as to the families of those who died as a result of this disease. It took 12 years to reach the out-of-court settlement between mining companies and claimants.

Chirindza is now working with the Southern African Catholic Bishops Conference’s (SACBC) Justice and Peace Commission as well as with Richard Spoor, an attorney who worked on the silicosis class action.

The SACBC Justice and Peace Commission is supporting coal miners as they explore a possible lawsuit like in the silicosis case.

But according to Father Stan Muyebe from the SACBC the process is still at its exploratory stage.

“The feasibility of the lawsuit is still to be established, but we hope to do everything we can to assist these men,” Muyebe said.

Meanwhile, Chirindza is struggling to make ends meet. His story is a gut-wrenching intersection of the struggles of being poor and an immigrant in apartheid South Africa.

Chirindza now lives in a small two room corrugated iron roof shack in Mpumalanga and struggles with respiratory problems caused by many years of working underground.

He lost his job in 2014 and has since been struggling to support himself and still send money back home to Mozambique. He still vividly remembers the gruelling conditions under which they worked.

This is when he still had the strength to descend into mine shafts every day. Each day started before sunrise and ended long after it had set.

Then mining companies took a lax attitude towards safety protocols which means even simple personal protective equipment like dust masks were not provided.

Chirindza recalls days when he would spit out black, coal stained mucus after the long days and says his illness is yet another reminder of how much of himself, he sacrificed while working underground.

“I remember feeling cold and a very agonizing pain in my chest and my whole body. Doctors couldn’t  explain what was wrong with me and I still feel this pain today,” he recalls.

Though the financial compensation they seek is not nearly enough to replace the time and value they lost all those years ago, the workers hope that it will, at the very least, provide them some comfort.

Workers like Chirindza and many others traversed many miles in search of a better life in South Africa, they gave the best years of their lives to companies that continue to exploit and burden labour with unfair wages and unbearable working conditions.

Chirindza is one of many people whose efforts gave ordinary South Africans necessities like electricity, which he doesn’t have access to, and these efforts have left him poor, sick and living every day as a hopeless immigrant living far from his place of birth.

He is hoping that someday justice will be served and he will finally board the train back home to be reunited with family and friends. – Mukurukuru Media