Kalebe’s camera an instrument of change in Lesotho community 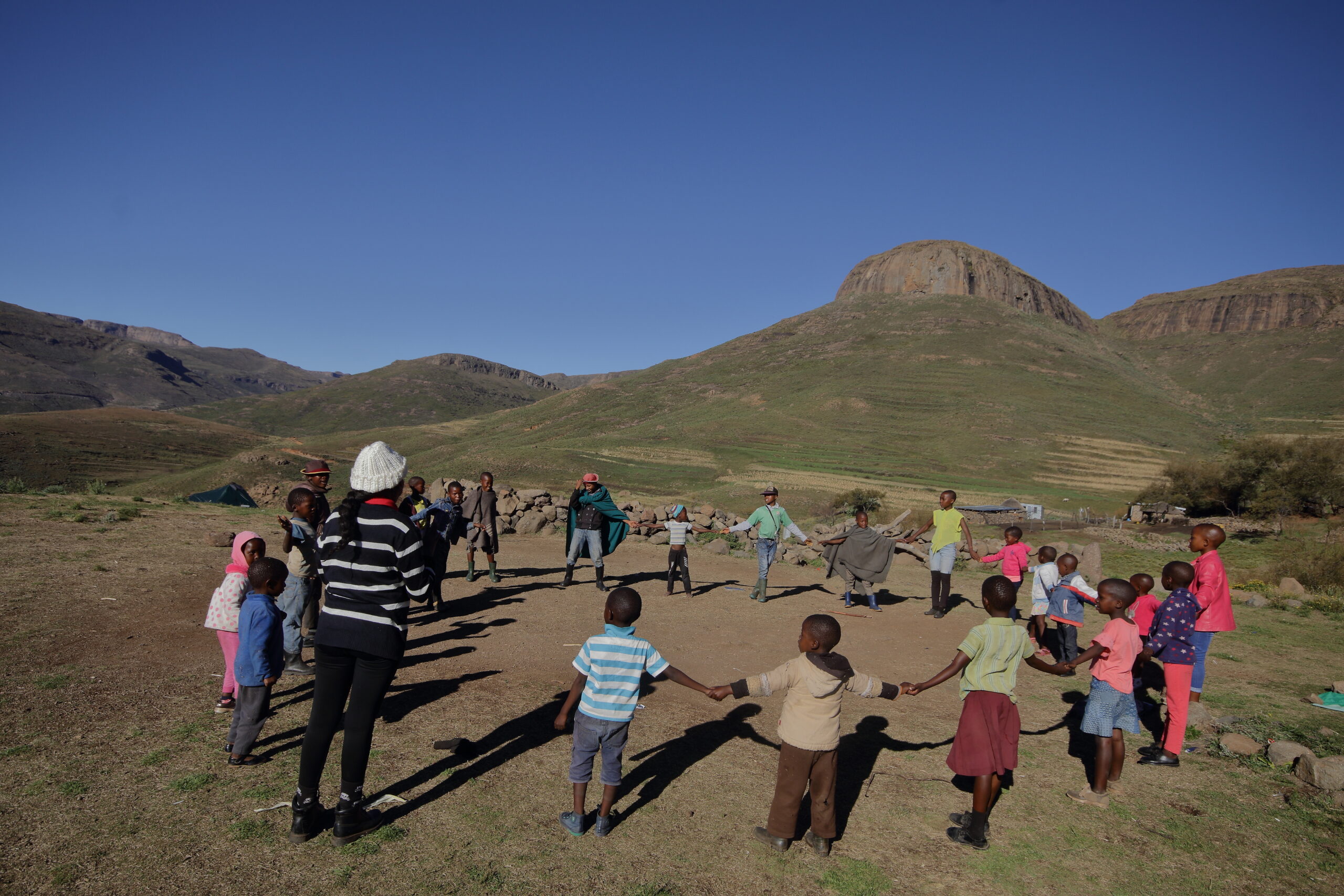 To most people Lesotho is a beautiful enigma, a land of spectacular mountainous landscapes and the occasional herder, wrapped in the iconic seana marena, the blanket worn by the Basotho.

To Justice Kalebe, Lesotho is home. It is more than just beautiful views on a landscape or the grittiness inside the portrait of a herder.

Kalebe, a photographer who has worked in human development for over 25 years, uses his skills behind the lens to reveal the hidden secrets that lie between the hills of the mountain kingdom.

Kalebe’s father had an Olympus film camera which was used to document every fleeting moment within his household and thus the love for visuals was ignited in him. Driven by a deep desire to ensure that his work goes beyond just documenting his community and country, Kalebe embarked on an ambitious endeavor to use his work to enact real and practical social change in the spaces where he works.

“I want to use photography for social change. I started off documenting Ha-Sekantsi and the people because I was compelled by the community’s needs and I noticed the fact that the only people who were documenting the community were people who came from outside of Lesotho. While doing this work, I was driven to do more, by uplifting my community through humanitarian work,” he says.

Kalebe has big plans for his home village of Ha Sekantsi – starting with the construction of a new learning centre which serves as a developmental space for different members of the community. “I don’t want to just document my community. I want to try and use photography to bridge the gap between the community’s needs and the ability to meet those needs. So, the learning centre is going to be a space where people can come and attain skills to better their lives and our community,” he says.

Kalebe cites photographers like TC Maila as his visual inspirations. He believes in the kind of photography that affords people the respect and mindfulness that high-profile photography has lacked for years.

His intimate portraits of a new age Lesotho speak of a man who aims to reintroduce the mountain kingdom back to itself while enacting social change in the process. Supported by the Lesotho Jeep legends and the ministry of forestry and land reclamation, Kalebe hopes to launch the centre in June 2021.

This pioneering project is a brave endeavour but it is also the image of photography’s ability to reform history.

Though one can never be so naive that they forget the ways in which the medium can disempower its subjects, Kalebe’s work reminds us that the camera can be transformed into a tool for liberation just as it was used, in the past, as a tool for oppression.

Kalebe is using the same camera that turned Basotho herdsmen into the butt of many colonial jokes into a tool that helps us learn about them and afford them the respect they deserve.

“I want to capture Basotho in a dignified way and more than that I want to promote a new, truthful and honest viewpoint of Lesotho and Basotho. I want my work to change the narrative by removing stereotypes and teaching about a culture that has for so long bore the brunt of ignorant criticisms and heavy appropriation from the same people who criticize it.” – Mukurukuru Media