Building the nation through stories 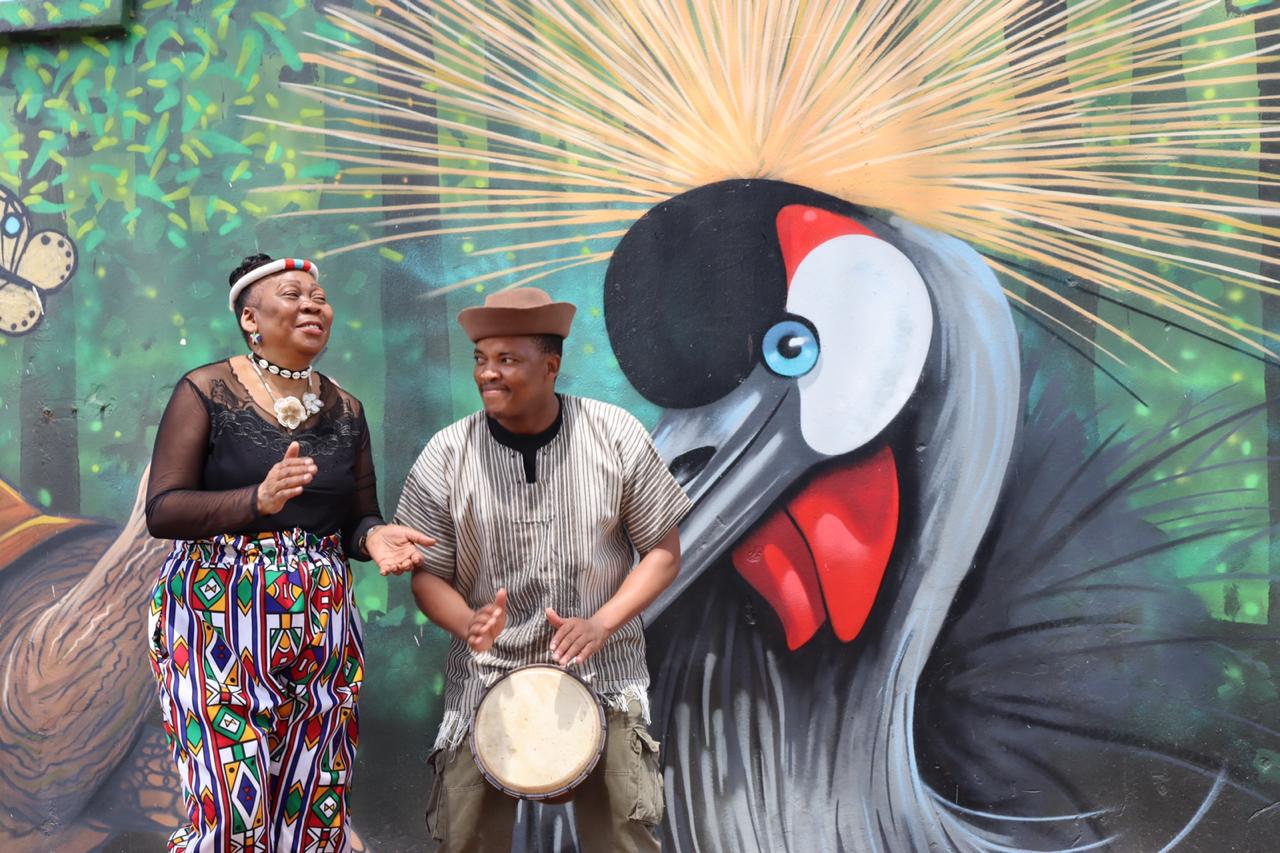 “The power of word,” wrote Professor Sekgothe Mokgoatsana, “which is the basis of speech, lies in articulation”.
Voice through words, is the fulcrum of all existence which draws the line of traffic on humanity between the varied species in the animal world.
October 24, 2020 marked the second anniversary of the National Storytelling Festival Day in South Africa.

This festival was started by the American high school teacher and journalist Jimmy Neil Smith in 1973.
To mark her 61st birthday Dr Gcina Mhlophe initiated the South African version of this festival, which aims to honour the role stories have in nation building and heritage preservation.

It was inaugurated in Durban and a year later it has gradually spread across the country. I had the privilege of being officially invited to this year’s installment, organised through the Gcinamasiko Arts & Heritage Trust, which is the brainchild of Dr Mhlophe.

The theme for this year was Chanting The Bridges, which nudges us into remembering those great individuals who came before us and laid foundations or bridges for us to cross into the future.

It occurred over three days at The Bluff Showgrounds (Storytelling Under The Tree) and the Durban Arts Gallery.
Luminaries in the arts and cultural sector nationwide and worldwide were invited to share stories through storytelling, dance, music, visual arts and theatrical performances.

On the international front, due to Covid-19 lockdown regulations, participants who could not physically attend the festival contributed virtually through the screening of their work at the Durban Art Gallery included: the multi-award winning poet Amina Blackwood (Jamaica), music composer and post Eugene Skeef (UK/South Africa), Zenith Naverrete (Chile), Len Cabral (USA), Seema Wahi Mukherjee (India), Bevin Magama (UK/Zimbabwe), Itah Sadu (Canada) and the youngest of all, Zoey The Storyteller from Uganda.
It is fascinating to see how we take for granted that we are the storytellers, everyone of us. The lack of opportunities and platforms to tell these stories suppress us of innate freedoms.
The Nonzincwadi – Mother of Books (which happens to be the name of Dr. Mhlophe’s grandmother, who must be smiling wherever she is) – campaign for literacy development around the country at least does the incredible work of making children and young adults to be initiated into a love affair with books.
Storytelling in indigenous languages is crucial as the deliberate words and expressions which find their meanings within our indigenous cultures.

Language is an economic site of survival as well as a source of spiritual authority. Those without words are devoid of anything powerful. To possess language and words is to be at the centre of power and control.
Embracing our stories and telling them as people are the backbone of our genetic order.

To deprive our children and the youth of their languages is to alienate them from their very roots, to deracinate the base of their social, cosmogonic and spiritual lives to which they are tied.
Campaigns such as Nozincwadi, through the Gcinamasiko Arts & Heritage Trust, Nal’ibali and few others that are the custodians of our indigenous fountain of knowledges and languages are very important to support as the public.

We should except the government to support them but it is equally our responsibility to play our part.

The stories shared were mostly passed down from generations to generations and still have great resonance to the present day. For an instant take a story from Jamaica by Blackwood about rabbit, titled The Rabbit Song, an enchanting story of how a rabbit bears a significant symbolism of hope to Jamaicans.

This rabbit always wears a happy smile on its face to the complete annoyance of the King Lion. It was known that the rabbit had a special song in his heart.
Skeef told a story of Nolwazi and Manzi. All the stories told can be accessed from the Gcinamasiko Arts and Heritage True here [Link?].
This festival was for me great for the soul. All the participants were to me healers of the soul. They are the custodians of what we used to be from time immemorial.

Their enchanting stories reminded me of my grandmother Maropeng Raesetja Makgato (1920-2019) who, before the village of Makotopong was connected to the electricity grid in the mid-90s, would gather us children under the mothopa or setlhaka, around the fire and narrate these folktales. She was the greatest storyteller I knew.
No person wakes up one morning and decides to be a storyteller, just like that, without feeling a kind of ecstasy or rage – without a sense of compulsion. One got to be driven by inner compulsion. One got to be indignant or ecstatic about some splendid vision they are striving towards.
Here’s to many more National Storytelling Day festivals, bravo to Dr. Mhlophe and her team for putting this together. Especially her little daughter Khwezi Becker, who took the hard work of becoming a personal assistant to her mother.
Strength to the creative elbows of all involved. – Mukurukuru Media