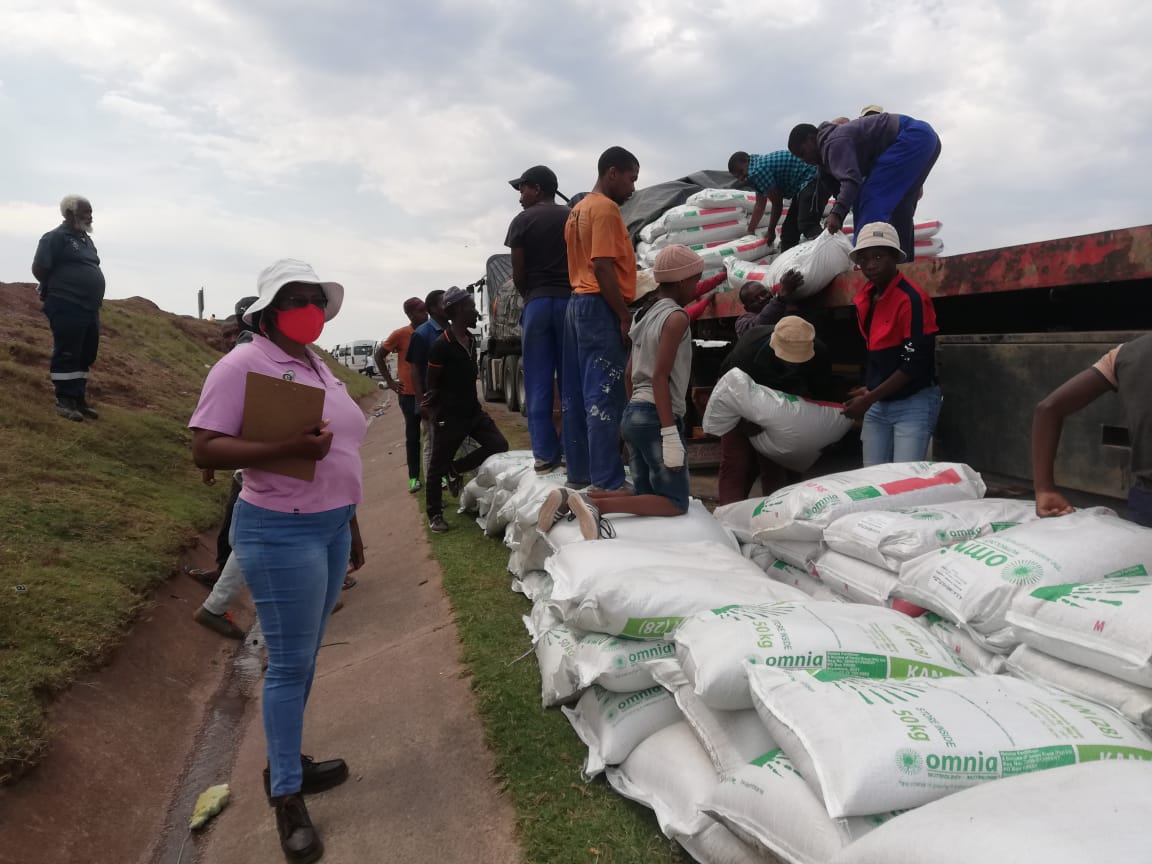 A group of young agricultural enthusiasts is leading an agriculture revolution in the Eastern Cape motivated by two objectives – to upscale black subsistence farmers from the fringes of farming while addressing the high youth unemployment rate.

The youths, led by Sinelizwi Fakade, are farmers in their own right as they are not shy to get their hands dirty by going into the fields.

Ukhanyo started with 18 youths who are agriculture graduates from higher institutions of higher learning and now impart the knowledge they have acquired to mentor up-and-coming farmers in different parts of the province to grow their operations.

“The aim is that they end up as established farmers who are able to sell their produce, learn quality production, we try to do skills transfer and how to identify a market for your produce,” Fakade said.

“To date, we have assisted 700 farmers. We work with farmers, who could be someone with 0.5ha of land or up to 35ha. Those with 35ha and bigger are commercial farmers who specialise in selling to bigger markets,” he said.

Fakade, who hails from Upper Tabase, Umthatha, and who has a brother and a sister, was raised by his mother, who was a teacher.

Growing up in a place where everyone grew their own food and kept livestock, as well as seeing relatives who were business people, planted the seed of farming in him.

Getting an opportunity to attend institutions such as Weston Agricultural College in KwaZulu-Natal’s Mooi River, an institution that specialises in agriculture, also shaped him. After completing matric, he enrolled for a Diploma in Agriculture in Cedara, in Pietermaritzburg.

He followed that up with a BTech in Agricultural Management from Nelson Mandela Bay University, before earning an Honours in the same field from the University of KwaZulu-Natal, which he later capped with a Master’s degree.

“The conversation we have about agriculture post school is important. It is critical that the youth must learn about agriculture early on, they must be determined but understand that it is not an industry where you can make a quick buck,” said Fakade.

He has worked for Grain SA, where he was in charge of a programme that is similar to the one he now runs at Ukhanyo, where he worked with 3 000 farmers and 18 young people. He said one of his passions was rural development.

Siphosethu Jilata, who is also 29, is the secretary of Ukhanyo and a beneficiary of this programme. She graduated with a Bachelor of Agricultural Economics from Fort Hare University last year.

She said people must understand that everything depends on agriculture and the economy needs a booming agricultural sector to grow.

“I’m responsible for the overall office admin, as well as take care of fundraising, marketing our work and looking at contracts that we sign.

“I’m proud that as the youth, we have done something this productive, because previously we would get discouraged when people doubted our abilities,” she said.

Jilata said her wish was for this programme to be extended to other provinces to help tackle the challenge of unemployed youth and fledgling farmers who need support was a nationwide one.

“At present, we work with 36 youth who have graduated from institutions of higher learning,” she said.

Veliswa Ngedle is a protégé of Ukhanyo. She said after five years of being a farmer, she was only reaping the benefits now after enrolling on the Ukhanyo programme.

“There is a lot that we are learning such as how to examine the soil, using the correct amount of fertiliser, how to take care of seeds and even what impact the weather has on your plants; something we did not know previously. I now understand the business side of farming. For example, with the current harvest I made a turnover of R40 000 and a R30 000 profit after paying for all my production costs,” she said.

Ngedle, who is based in Mhlakulo in Tsolo, said she now wished for bigger land than her current 3ha farm that she occupies.

“I now know that there is something that I will leave for my children and I’m glad that one of them is now in the sector and is studying agriculture,” said Ngedle.

Fakade has 1 200ha where he plants various grain products and animal food that he sells to a Cape Town corporation.

He works with his mother and his brother, and is now busy exploring the possibility of planting cannabis to diversify.

You can read the isiZulu version where the article was first published at www.umbele.likhanyiletm.co.za