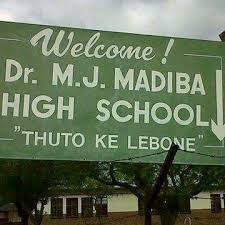 The United Nations has designated the period between 2022 and 2032 as the International Decade of Indigenous Languages.

Dr Moses Josiah Madiba lived his life inspired by the motto: “Service to one’s people is the rent you pay for your stay on earth.”

The late linguist, author and educationist who died 35 years ago, paid his rent by developing the Northern Sotho language.

The Northern Sotho language includes dialects spoken by nations and clans predominantly in Limpopo, Mpumalanga and Gauteng. These include Bapedi, Bakoni, Bahananwa and Balobedu among others.

It has since invited ‘indigenous peoples — as custodians — to initiate ideas for preserving this endangered facet of their cultural and social life’.

Long before these developments, Madiba was one of the early advocates for mother tongue instruction in schools.  Undoubtedly, he would have  been pleased with the UN General Assembly’s decision to declare 2022-2032 as International Decade of Indigenous Languages.

Looking at our current era, alignment with his ideals as a promoter of mother tongue instruction in schools is still a relevant thing to do.  On that note, Northern Sotho author, educationist and newspaper publisher, Diphete Bopape and I agreed that the Eastern Cape department of education’s experiment of having the matric class of 2020 write exams in both English and isiXhosa is a step in the right direction.

The move should lead to increased understanding and better success rate.  Notably, in 1978 Bopape was Dr Madiba’s student at the now defunct Setotolwane College of Education.

My alma mater, Dr MJ Madiba Secondary School, which is located in Ga-Madiba village, Mashashane area, about 40 km northwest of Polokwane, is named after the man himself.  It was therefore an honour for me to be invited to deliver a motivational talk to the matric class of 2020 before they sat for the final examinations.

Madiba’s contribution to society is deserving of The Order of Ikhamanga or even The Order of the Baobab. Hopefully his work has inspired the matric class of 2020 to hit an 80.0% pass rate and later generations to score even 100%.

The pre-examination talk was also an opportunity to reflect on the life and times of the man behind the name of the school from which I matriculated 24 years ago.

Mohlatlego Mametša, Northern Sotho teacher at the school since 1988, himself a former learner and I shared our collective pride in being alumni of the secondary school.  Mametša was part of the matric class of 1982.

He credits Madiba for having some influence on him ending up teaching the Northern Sotho language.

The late community leader was born on 19 November 1909 in Ga-Madiba village located on the northern bank of the Mogwadi river in Mashashane, under the then Northern Transvaal (now Limpopo).  His feet touched Maune village, Ngopane, Ramahute mountains, Utjane dam, Mogalakwena river and many others.

The New Dictionary of South African Biography (1995) records that Madiba received his primary education at Ga-Madiba, Mashashane Lutheran School and Setotolwane, whereafter he studied for a teacher’s diploma at Kilnerton Institution, Pretoria from 1926 to 1929.

Madiba improved his qualifications through private and full-time study, obtaining Junior and matric certificates in 1930 and 1933 respectively.

He married Johanna Margaret Ledwaba in 1936 and the couple was blessed with two sons and five daughters.

In 1941 and 1942 when he completed a BA degree and the UED respectively through the South African Native College (now University of Fort Hare).

The British Council Visitor’s Grant enabled Madiba to undertake primary and secondary teacher training in Britain, as well as the teaching of English to foreign students in 1964.  In 1973 the University of South Africa (Unisa) Faculty of Education conferred on him an honorary D.Ed. for meritorious services as linguist, author, educationist and community leader.

He was appointed as supervisor of schools in the Pietersburg West Circuit in 1936, whereafter he became principal of the Potgietersrus Bantu Secondary School. In 1947 Madiba became lecturer and warden at the newly founded Pretoria Bantu Normal College, a postmatriculation teacher training college in Atteridgeville.

While warden, he is credited for introducing hostel committees consisting of senior male and female students in order to teach and promote group discipline and a sense of responsibility among students.  He subsequently returned to Potgietersrus (now Mokopane) as founder principal and superintendent of Mokopane Teachers’ Training Institution (Mokopane College of Education), a state-owned college that incorporated the Potgietersrus Bantu secondary school.

Madiba was one of the first Africans to be appointed as a sub-inspector of Bantu Education in 1957, whereupon he was seconded back to Mokopane two years later in order to reorganise the college.  He returned to his position as sub-inspector in 1961, becoming Bantu Inspector of Schools in 1965.

In 1969 he was appointed as the first education planner under the newly established Department of Education and Culture in the Lebowa Government.

My first interaction with his work was through Mahlontebe in the Sub-B class (now grade 2) at Madenathaga primary school, Mohlonong village.

Quoting The New Dictionary of South African Biography, South African History Online records that Madiba was the first secretary of the Maune branch of the Transvaal African Teachers’ Association (TATA) in 1930.  Significantly, Dr MJ Madiba secondary school falls under the Maune circuit in terms of Limpopo department of Education’s demarcation.

Even in the midst of his busy schedule in education, linguistics and literature, he made time for community service while he was also a lay preacher and elder in the Lutheran Church and president of the Evangelical Lutheran Church Synod, Transvaal.

He chaired the constitutional committee of the amalgamated Northern and Southern Transvaal synods, and served as the first president from 1963 whilst he was also deputy chairperson of the Lebowa Legislative Assembly.

Madiba was also a firm believer in land ownership and agriculture, thus becoming one of the early Africans who had title deeds to their properties in the then New Pietersburg otherwise known as Disteneng before removal to Seshego.

In pursuit of food security and community sustenance, around 1942 he apparently co-purchased packets of agricultural land in Krantzplaats under what is now the Blouberg Municipality, Capricorn District.  The land is up to this day used for subsistence farming.

Though Madiba passed on 35 years ago at his home in Seshego, there are many in the Mashashane area, Seshego, several places that he has worked and lived, who can attest to his philosophy of giving in true style to his motto: “Service to one’s people is the rent you pay for your stay on earth.”