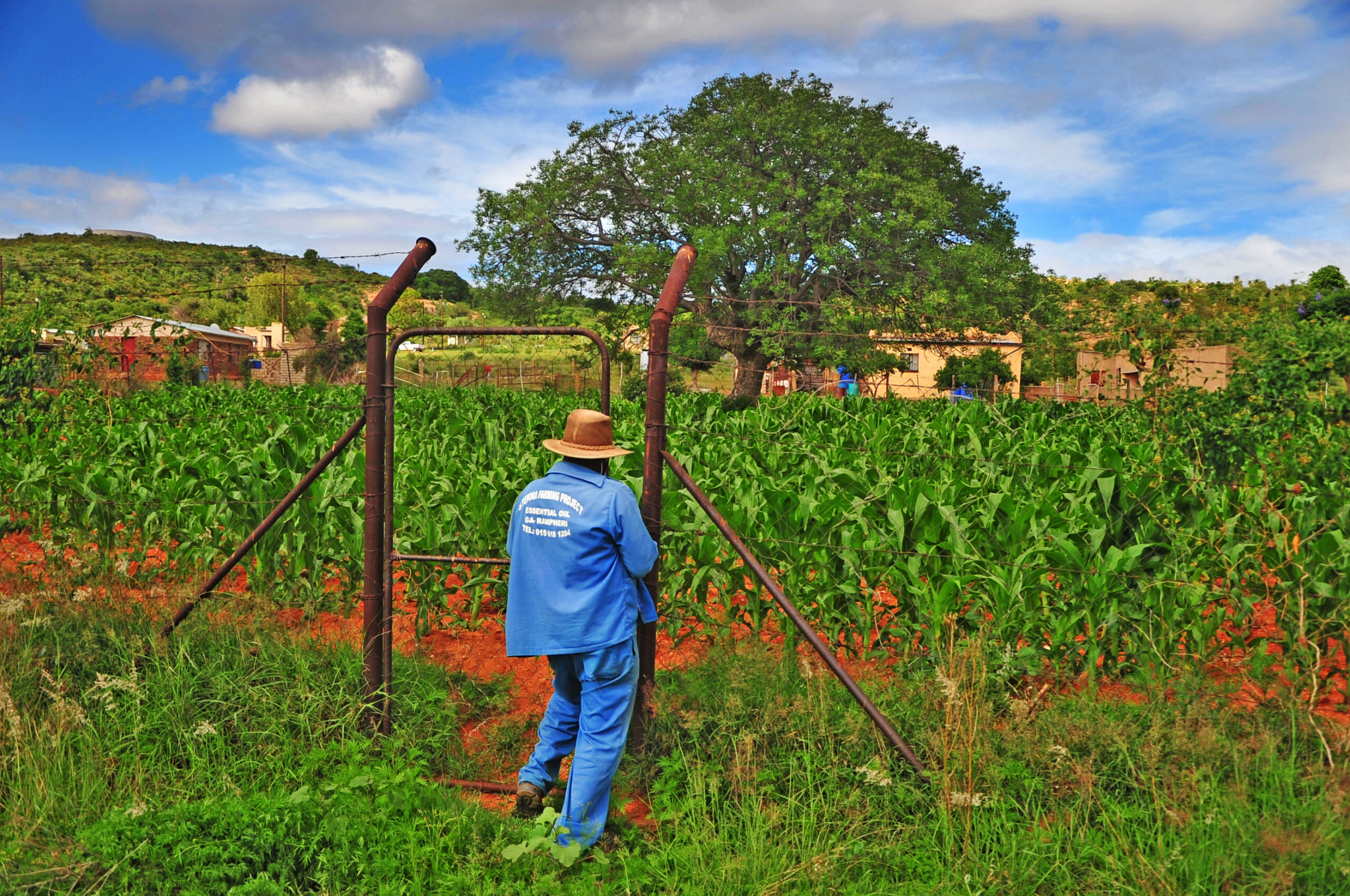 Jantjie Ramokone remembers how as a little boy, every year in early October his entire village would begin preparing their fields in anticipation of the planting season after the rains later in the month.

“It was exciting times. We would be walking to the fields singing calling each other to go work the land because the rain was coming,” reminisces 68-year-old Ramokone with a smile.

After the rains they would start cultivating the patches of land, usually one hectare per household allocated by the traditional authority on the outskirts of the village with ploughs drawn by oxen.

“That was our way of life. We were farming so that we could eat. We never bought food. We ate what we produced,” he says.

They farmed sorghum, millet, mealies, melons, beans, morogo, sweet potatoes, pumpkin and other crops. They also kept cattle and goats which provided milk. Also, during the rainy season, the veld around the village teemed with wild fruit that supplemented their diet.

This was a way of life in most rural parts of the country where communities produced their own food and relied less on buying.

“Shop? What shop?” Ramokone laughs heartily when asked if they had any need for grocery stores in the village then.

“We never needed a shop. After harvesting the mabele (millet and mealies) we stored it and our mothers would occasionally grind it to make mealie meal for cooking pap,” he says.

Although challenges that have made subsistence agriculture much more difficult such as shortage of arable land, overcrowding and unpredictable weather patterns persist, this culture of living off the land is still very much a way of life especially among the older generation in rural SA.

A 2019 study, Rural Subsistence Maize Farming in South Africa: Risk Assessment and Intervention models for Reduction of Exposure to Fumonisin Mycotoxins (Toxins – Basel) revealed that an estimated four million people engage in smallholder agriculture, with maize being the major crop and staple food in the country.

“Maize-based products are consumed by 67 to 83% of South Africans, and the mean consumption per day in rural areas is estimated between 476 and 690 g per person.”

Ramokone still farms in the picturesque village of GaRampheri in the Polokwane local municipality in Limpopo. But times and circumstances have changed.

Now ploughing the fields using a hired tractor costs up to R800 per field. The labour of grinding maize on stones is also a thing of the past; after harvesting, the subsistence farmers deposit the mealies at a mill which charges up to R80 for every 80kg bag ground into maize meal.

This arrangement saves indigent families and those depending on government social grants the cost of spending in excess of R500 per month for mealie meal which is used to cook the staple diet pap.

The nearest mill to GaRampheri is located about 25km away along the R81 road in GaMothiba. To transport the produce those that do not have their own transport have to pay for private transportation.

A Human Sciences Research Council report, The contribution of subsistence farming to food security in South Africa published in 2009 noted that “food expenditures can account for as much as 60-80% of total household income for low-income households in some parts of sub-saharan Africa.”

It went further to advice that subsistence or smallholder agriculture can play an important role in reducing the vulnerability of rural and urban food-insecure households, improving livelihoods, and helping to mitigate high food price inflation.

Agriculture already faces challenges including scarcity of water, rising operational costs and the impact of global warming. This year the outbreak of the corona virus and the lockdown imposed to contain it has worsened the situation and made things somewhat different.

In late October Ramokone ploughed the piece of land around the home of his in-laws which is also located in the village which overlooks the towering Drakensberg mountain range in the south. Normally he ploughs both this field and the one located in the area designated for ploughing on the outskirts of the village. But this wasn’t the case this year.

“It’s hard this year. Many people did not plough as usual because they were not certain what was going to happen with regards to the lockdown and this sickness (corona virus). Some are only starting now,” says Ramokone.

The fields are laid out below the hills in contrasting colours like a carefully crafted chessboard of the gods. In some spaces the red earth lies exposed in rectangular patches where tractors have opened furrows in the land.

In some areas the land remains green and untouched, indicating patches where the owners have not bothered to plough this year.

Subsistence farmers like Ramokone stand to benefit from the Presidential Stimulus Package for subsistence producers which was announced by minister of agriculture, rural development and land reform Thoko Didiza in early December.

Didiza said in excess of 75 000 subsistence producers whose production was disrupted by the corona virus pandemic will be supported with farming input vouchers from R1 billion allocated as part of the stimulus package. She said the amount of support will range between R1000 and R9000.

“These are producers who utilize land in the back yards of their homes, gardens in communal areas all of which are more or less the size of a soccer field,” Didiza announced.

She said during the implementation of the programme the department will employ unemployed graduates from the National Rural Youth Service Corps and agricultural graduates to work as verification officers.

“This youth employment initiative will support the creation of jobs in excess of 6 000 temporary jobs,” Didiza said.

To qualify for the grant, applicants need to be “18 years old or older, have a South African ID, not employed by government, currently actively involved in agricultural production and not having received DALRRD support in the current financial year.”

Small scale farmers have previously lamented the inaccessibility of department officials and the difficulty in accessing their services online.

Didiza said the application process was set to go live on Thursday 10 December via cellphone through a USSD code [*134*4536#]. But Ramokone did not know about this initiative until contacted for an interview for this article.

“I hope the government can really help us this time. Farming is hard and expensive. Right now, we have a pest damaging our crops. We need money to pay chemicals to deal with it. If people don’t farm this year then there is going to be a lot of suffering in the new year,” he says.

The United Nations Food and Agriculture Organisation warned at the outbreak of the virus earlier this year that unless immediate action was taken to counter the impact of covid-19 on food production, there is a risk of a global food emergency that could have long-term impacts on hundreds of millions of children and adults.

The organisation included small-scale farmers, migrant and informal workers, pastoralists and fishers who might be hindered from working their land, caring for their livestock or fishing among the most vulnerable groups to be impacted by covid-19. – Mukurukuru Media