‘We are used to working until after sunset’ 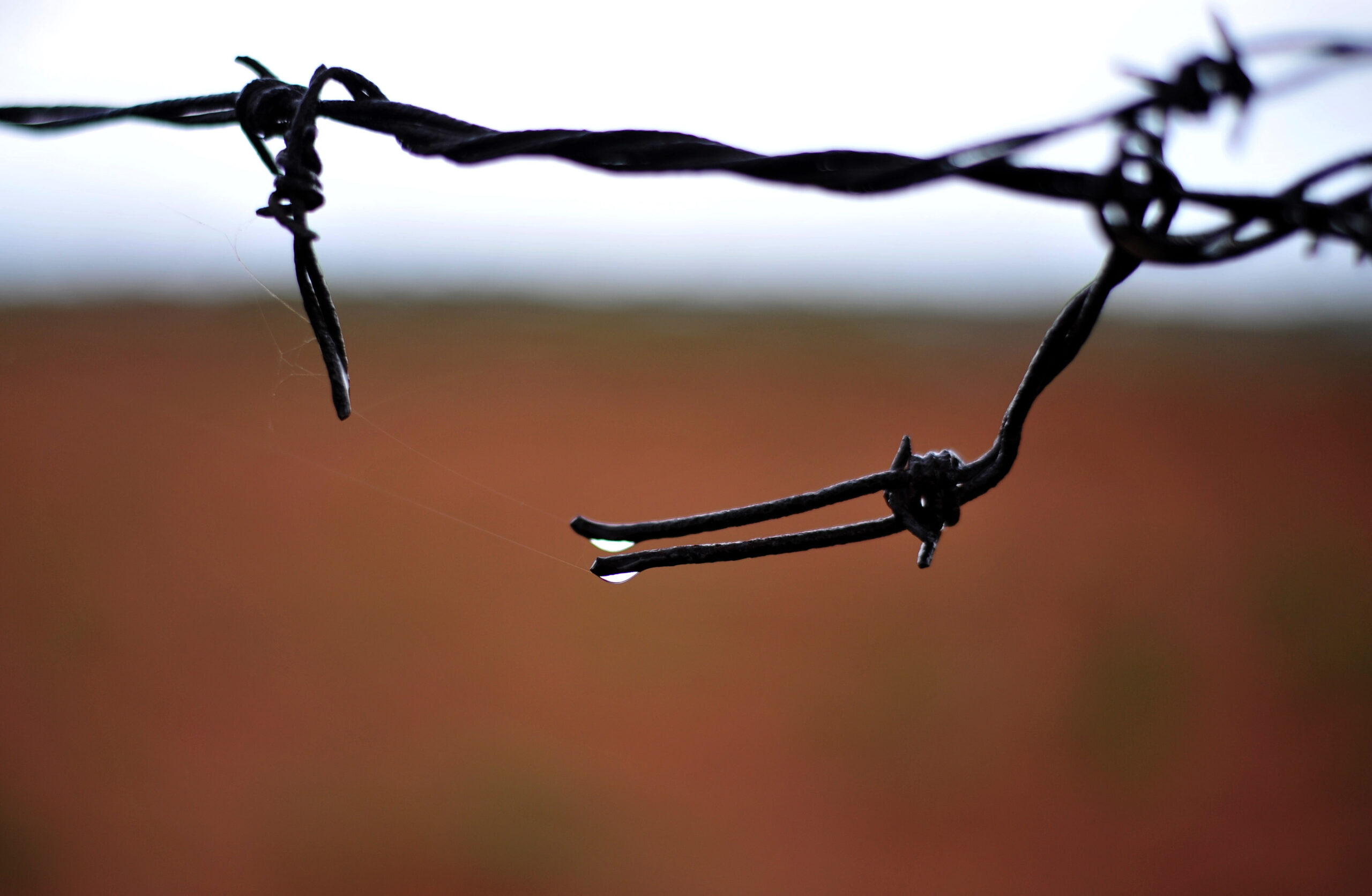 Subsistence farming is as hard as the rocks farmers remove when tilling the land. But to retired Limpopo teacher couple it is a labour of love dedicated to feeding the nation come rain or heatwave

ON an early overcast weekday morning when many are still enjoying the last few hours of sleep – a subsistence farmer team of husband and wife are already breaking sweat weeding a vast two-hectare field.

“We have been here since half-past-five,” Kgadi Monyamane says looking up at the vast field just after the clock struck seven in Mandela section of Mashashane in Limpopo.

Together with her husband Martin Monyamane and their assistant Simon Nkuna, they attack the weeds growing between the bright green leaves of groundnuts with wooden handle hoes.

Tlhaf! Tlhaf! Tlhaf…the old farming implements make music as they chew up and spill out mounds of rich earth as the trio work relentlessly at a pace defying their advanced ages. They occasionally pause to extract a handful of seeds from a plastic bag to scatter around the field before covering it with earth using the sharp hoes.

It’s a skill they both learnt in the university of life that is the ploughing fields of Mashashane, where they both grew up tilling the land and herding cattle in between schooling.

Although agriculture faces grim challenges include a change in weather patterns as a result of global warming, shortage of rain and overcrowding leading to shortage of arable land, many subsistence and small-scale commercial farmers in rural areas such as the Monyamanes are still hard at it.

The significance of their graft is highlighted in a 2009 report by the Human Sciences Research Council report.

The report titled The contribution of subsistence farming to food security in South Africa, noted that “food expenditures can account for as much as 60-80% of total household income for low-income households in some parts of sub-saharan Africa.”

It went further to advice that subsistence or smallholder agriculture can play an important role in reducing the vulnerability of rural and urban food-insecure households, improving livelihoods, and helping to mitigate high food price inflation.

The Monyamanes are both retired teachers. Nkuna was Kgadi’s pupil at a school where she taught children with special needs. An injury inflicted in a tractor accident in his childhood damaged his neck muscles and head leading to a speech and motion defect.

The couple are in high spirits owing to the cool weather conditions. Normally they only work until around noon when the sun gets too hot, rendering the soil temperature too high and a danger to the delicate crops.

But today the dark clouds pregnant with rain offer a respite from the searing heat normal during this time of year and may allow the couple to work for longer than usual.

Monyamane, pauses to light up a cigarette and laughs at my surprise when he says under cloudy conditions, they could work all day.

“This is nothing. We are used to working until after sunset when the sun is hiding behind the clouds like this,” he says as he puffs away.

The couple have another hectare of land in what used to be the communal fields allocated to each household on the north western side of the village below the imposing rocky hills of Ngopane. But they did not plough this one this year.

Their tractor has a mechanical problem which repairmen have estimated could set them back around R18 000.

Also, the old communal fields have no formal fencing which allows livestock to stray and devour crops, leading to huge losses. Back in the days when the young men herded cattle, recalls Monyamane, such would never happen.

But times have changed, and the young men no longer spend their days in the pastures looking after the family herds or working in the fields. Those that still keep cattle either employ herdsmen or simply leave their herds to wander into the pastures on their own.

Also, most of the fields where people once grew their now lie fallow or have made way for residential stands where newly built houses of different designs are going up. The old people no longer have the strength to carry out the back-breaking toil or have transited into the ancestral world.

The field the Monyamanes are ploughing in Mandela section is now surrounded by newly built houses which stand on land where people once farmed maize and watermelon. Further afield, beautiful mealie crops glitter in the soft morning light. Others show freshly made furrows from a tractor.

But Kgadi reckons although people still farm, it’s no longer like old times. She remembers a time when during the rainy season, all households, boys, girls, rose at dawn to join the elders to plough the fields using ox-drawn implements.

“Then we worked together. No family went hungry because we shared our produce with those of little means. But everyone worked the land. We never farmed for the purpose of selling anything. We were producing our own food,” she says.

The Monyamanes are well known in the area for producing a good groundnut crop. Hawkers travel from afar to purchase bags of the crop from the family during harvest time. While other families farm with maize and other crops, they have stuck with what they know best – groundnuts (tindluwu in the Northern Ndebele language spoken here).

When the lockdown to curb the spread of the covid-19 lockdown was imposed in March, they were in the middle of the harvesting season.

“We could not go to the fields. There was confusion because we were told to stay at home. But we later learnt that we were allowed to work in the fields so we did not lose our crops,” Martin says.

Kgadi says while the outbreak of the covid-19 pandemic did lead to a temporary break in their operations, it has not had much of an impact. However, she reckons small scale farmers like them could do with government assistance to drill water so they can farm throughout the year. She also says helping subsistence farmers with funds to build reliable fencing could encourage those who have since stopped to resume and attract a new generation of farmers.

The couple feel that agricultural studies should be scaled up in schools and that young people should be encouraged to follow the field.

“There is wealth in the soil. A lot of people are unemployed. They survive on grants. The government should encourage youth to farm. We are old, but the youth must get this knowledge. They are now depending on social grants,” Kgadi says.

“That way agriculture will thrive again,” he says.

The couple are now saving up to drill a borehole on their plot so they can farm throughout the year and not depend on the rain.

“This global warming is real. In the past we knew that we would get good rain from late September. But in recent years you would get rain in October, then it disappears for two months. That is not good for farming,” he says.

The department of agriculture, rural development and land reform announced a grant aimed at assisting subsistence farmers in early December, but the Monyamanes had not heard about this until they were approached for this article.

Although they are literate and follow the news on radio and television, they don’t use smart phones and hardly access the internet where most of the information on the grant was disseminated.

If they apply for the grant and are successful, they say, the cash between R1000 and R9000 would assist them to continue paying Nkuna and the five other people they occasionally employ to help on the farm.

Nkuna says the little money he earns working with the couple helps him take care of his family and buy food.

The Presidential Stimulus Package for subsistence producers was announced by minister Thoko Didiza in early December. Didiza said in excess of 75 000 subsistence producers whose production was disrupted by the corona virus pandemic will be supported with farming input vouchers from R1 billion allocated as part of the stimulus package. She said the amount of support will range between R1000 and R9000.

Later that morning, the rain clouds finally give in. Thick droplets of rain pelt the earth. The farmers look up into the grey sky with a mixture of satisfaction and some disappointment that they did not get to finish the day’s work. But to a farmer, rain is always welcome.

The trio hurriedly pack up the tools, lunch provision and water and scurry back to their bakkie parked some distance away from the area they were working.

Back home having tea in the family lounge in the early afternoon Martin reflects on the day’s events and the life of a farmer.

“When you farm you don’t do it for yourself. You farm to feed the nation,” he says. – Mukurukuru Media