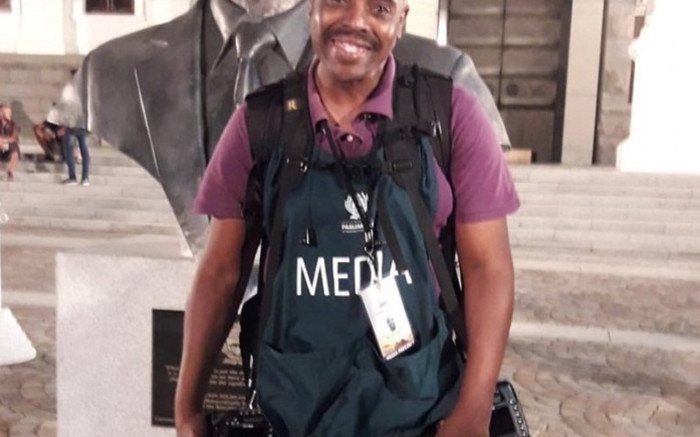 ONE afternoon a seething Mabu Nkadimeng, transport manager at the Sowetan stormed into the Sunday World newsroom baying for Lucky Nxumalo’s blood.

That is how I got to give Lucky, who transited this week following a long battle with stomach cancer, the name Umfana ohamba nge moto edhabula amabruku!

We have laughed about this incident and the resultant moniker since that day in 1999 at 61 Commando Road, Johannesburg.

We were both part of the newly formed Sunday World newspaper which was in the same building as the Sowetan.

Nxumalo, together with Bongani Mnguni, Tsheko Kabasia, Watson Mcoteli and Christine Nesbitt were part of the photographic team led by Walter Dlhadlha.

For some reason that afternoon Nxumalo had decided to park his perforated, white Datsun Pulsar near bro Mabu’s office.

It happened that as bro Mabu walked past the ancient sedan, one of the numerous pieces of metal protruding from the car’s body work hugged at his pants resulting in an ugly tear.

That Datsun Pulsar was a suicide bomber’s dream, a things fall apart on wheels. It was not only Lucky’s trusted mode of transport, it was also a storeroom, a museum, a studio…

You found photographs he took a decade earlier piled up in crackling envelopes in the compartment behind the back seat, old tripods, two flat spare wheels, documents, invoices, notebooks, the lot. We even joked that his primary school report was also buried somewhere in there.

Lucky never took offense when we constantly poked fun at his car. He just laughed it all off in his usual easy-going manner. He even mocked his own car at times and crack out laughing. Although the Pulsar was teetering on disintegration, for some reason, it never got stuck.

Except for one early morning when I accompanied Lucky on one of his corporate gigs on one of the mines in Randfontein. We were running late and getting lost when finally, after finding our way, Lucky who was behind the wheel, exclaimed: “ei son bro Lucs, uyazi sithole ipuncture!”

We quickly stopped to change the flat tyre. We managed to find the wheel spanner in the museum behind the boot after a long search through the mess. But the worst was yet to come. It turned out the spare wheel was also flat!

Lucky hurriedly grabbed his camera gear and began running to his assignment on the mine, leaving me to sort out the flat tyre.

We had a good laugh when I picked him up later. It was one of many episodes along our journey as colleagues.

We worked together intermittently at different newsrooms, Sunday World, Sowetan and City Press since 1999. I don’t remember the first time we met exactly, but what I recall is that Lucky was very easy to get along with.

He was still on freelance contract then and worked really hard. He hardly slept and this resulted in him always taking a nap in the parking lot or on the way to assignments, resulting in some complaints and even more jokes from colleagues.

But Lucky was a blue-blooded newsman. He was what the great Obed Musi, in his tribute to Henry Nxumalo, described as “swashbuckling, get the story at all costs journalist.”

There are many valuable lessons I learnt from him during the many years I have known and worked with him.

But two stand out, Lucky was always willing to be of service to fellow man. He never hesitated to offer assistance when asked.

In fact, most of the time he didn’t need to be asked. He just offered himself, often at great personal cost. And he always did it with a smile.

The second valuable lesson learnt from Lucky was his undying commitment and dedication to his work. His work was his life. No assignment was ever too small or too big for him. He approached every assignment with the same passion and was not shy to make mistakes along the way and learn from them.

Even in the newsroom he never he never held back. He would always chip in with a comment, a suggestion or advice which didn’t always go well with some. But Lucky didn’t care.

Once when we were struggling to come up with a splash during a rather tense diary meeting at the Sunday Sun, Lucky raised his hand.

The meeting adjourned on that note with tearful laughter. Lucky joined in the laughter.

I added Mathamb’ eSkopo to Lucky’s long list of nicknames. And we never stopped laughing about it. He liked staying up late in the office. During such times, in the middle of the night when some of us were dizzy from a bruising battle with the bottles he would call and start the conversation by saying: “Styles, awungitshele, konje amathambo eskopo bayenzani ngawo?”

I also called him Founelan’ ioffice owing to one funny incident back at the Sunday World. Our colleagues Charles Molele and Watson Mcoteli were on assignment in Sun City for the Kora Awards.

By mid-morning on Saturday, deadline day, they were yet to file a story and pictures. The news and photographic desks were frantically trying to reach them to no avail.

Lucky, in his enthusiasm which sometimes upset sensitive colleagues, also picked up the phone and started calling their cellphones. He was calling at what I think were two-minute intervals like an irritated boss, leaving frantic voice messages.

Such was his passion and dedication to teamwork. But the two colleagues weren’t too impressed afterwards. But that was Lucky. He wanted to get the job done. He was a jolly fellow, but behind that soft laughter lay a fierce toughness that would never allow anyone to stand in the way of his work. He never cared about rank or standing, whether you were armed or not. You just couldn’t stop him from getting a picture. I once had to intervene when he threatened to send an unreasonable dunderhead of a security guard to God during an assignment in Rosebank.

Once we did a story on migrants fleeing threats of xenophobic violence in Cape Town in 2010. I hitched a lift on a freight truck bound for Joburg with a Zimbabwean couple and their little baby.

Lucky drove overnight behind us following the truck communicating by SMS. When we got to Joburg 26 hours later, he was his usual jolly self.

“Bengiyishay’ imoto,” he laughed when I enquired how he managed to pull off such a feat.

When I heard about his battle with stomach cancer I was shocked and gutted. Why him? Lucky never smoked and unlike many of us in the business of gathering news, he never drank alcohol.

When we spoke on the phone, he sounded upbeat. He was even busy archiving images from his three decades of pointing lenses at life.

This was not long after the passing of one of our colleagues from the Sunday World days Tsheko Kabasia, who also succumbed to cancer in April. Even in his precarious state, Lucky had looked out for Kabasia during his ill health, hence he was the first the neighbours contacted when they found the former lensman and artist dead in his apartment in Riverlea.

I had not seen Lucky for over a year, but we chatted often on social media. Even after he posted on social media pleading for prayers a few months ago, I never imagined he would lose the battle so soon.

When you have known and worked with a man for so long he ceases to be just a colleague, but a brother and friend. So was Lucky to me, a man who was never short of a word of advice and comfort in trying times. He was one of the few people who even in today’s busy world, could still pick up the phone and call just to check up on you.

When I received a WhatsApp message early on Monday that Lucky was no more, I thought back to the quiet conversation I had with myself after chatting to him on the phone about the mystery of the illness afflicting him.

I had thought of a scene from the film Cry, the beloved country – where one of the characters remarked that their colleague, the Reverend Stephen Khumalo who had been dealing with mounting personal tragedy then, was perhaps the only truly good man he had ever known.

In response another colleague, the Reverend Msimangu remarked with a grim face: “Why then, does God not show him mercy?”

As I sit here writing this, I’m also wondering. Although none of us will live forever, I’m thinking that at just around 50 years old, Lucky, who falls in that category of “truly good men I have ever known” was too young to die.

Surely a man as good as he was, a man who never drowned his body in this poison called alcohol like many of us, deserved some mercy, a chance to live a little longer and grow old?