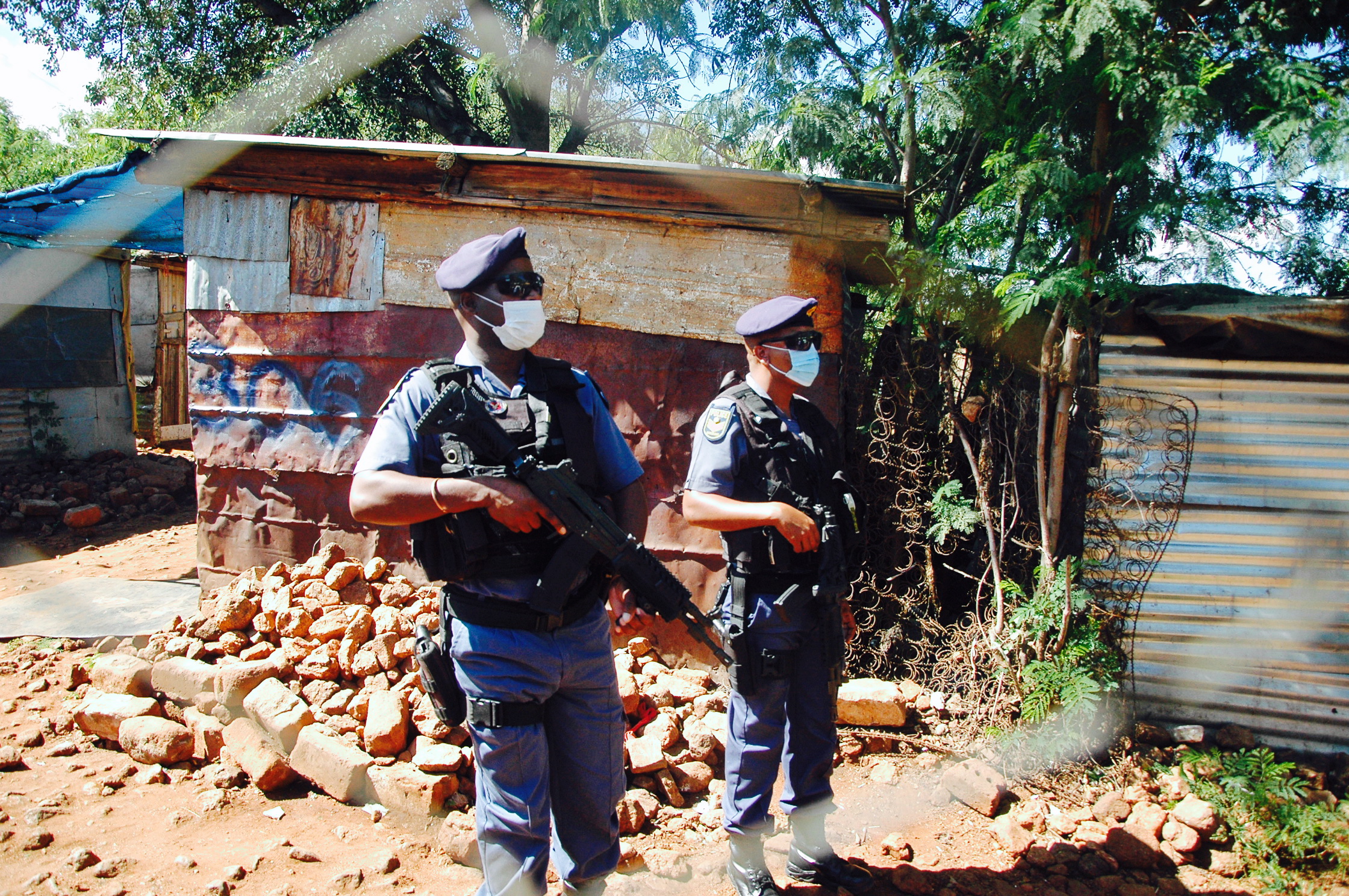 When the announcement of the death of Sizani Ngubane was made,  she had been dead for days – perhaps even a week or more -having suffered a lonely, tormented Covid-19 death in her Hilton home

Confirmation of the death of Sizani Ngubane, aged 74, on 23 December, sent shock-waves through her extensive South African and international networks of those who knew her dedication to, and unceasing work for, the rights of rural women through the Rural Women’s Network.

Fingers are now being pointed at the KwaZulu-Natal provincial department of health and the local police for their failure to respond to the barrage of pleas from her son, Thulani, who had himself been hospitalised, seriously ill with Covid-19, to assist her.

At the end of November, Sizani started showing symptoms of what appeared to be Covid-19 – feverish, aching, and loss of energy and appetite.  On 3 December, her son Thulani took her to Boom Street Clinic in Pietermaritzburg where, after waiting for a few hours for a testing team to arrive, they were tested.

Thulani, who had also developed Covid-19 symptoms, dropped her off at her home in Hilton and returned to his own home at Imbali township in Pietermaritzburg.  At lunch time on 5 December he was notified that he had tested positive.

He was worried about his mother but when he tried to call her he could not get through.  The next day, with serious breathing problems, he felt as if he was going to die himself.

On 7 December he was contacted by a nurse at the Boom Street clinic, who advised that an ambulance would be sent to take him to Edendale hospital for onward transmission to another hospital.  He pleaded with the nurse who called him to arrange for treatment for his mother who was still at her Hilton home.

The ambulance finally arrived to take him to hospital on 10 December (he complains bitterly about their unhelpful conduct as in wanting him to walk to meet them when he was battling to breath). Between the 7th and 10th he kept calling the clinic to urge them to assist his mother.

It seems that the clinic itself did not do the testing, so the results were somewhere on ‘the system’.  After Thulani’s admission to Edendale hospital on 10 December he was transferred to a facility at Richmond, where he spent 10 days being treated and quarantined.

On 14 December Thulani again called the clinic and spoke to the same nurse D, and asked what had happened to his mother.  She said she would call him back but she did not do so.  On the same day he also called the Hilton SAPS and asked them to check on his mother.  At this stage, it seems no proper checks where done by the station.

Thulani was released from Richmond hospital on 20 December,  and after arriving home early evening, exhausted, slept through the whole of Sunday.

On 22 December, he went to his mother’s Hilton home together with his 23 year old son, who had been writing exams .  What the found was something no child or grandchild should have to deal with, and they experience it as a gross violation of their mother’s/grandmother’s dignity, and their own cultural norms about respect.

The smell around the house was appalling and they were able to look through the front door, which was wide open, with a padlocked security gate closed.

Sizani was clearly visible on a sofa in the dining room where she lay, naked, with her eyes partially open and decomposing, her mouth open, one hand at her throat, and the other – which had turned green – lying loosely at her side.

There was no sign of anything suspicious (e.g. forced entry, theft). There seems little doubt that she had died what was probably an agonising death from an intensely high fever and delirium, since she had shed her clothes and thrown the door wide open.

When they went to the Hilton police station, the death was recorded as having happened that day, 22 December, despite her having clearly been dead for days.

Thulani’s lawyer is pressurising the doctor who signed the death certificate to ensure that the approximate date of death, based on decomposition, is recorded, since he has simply used that supplied by the police.

To make matters worse, the family claims that they have been badly messed around by Department of Home Affairs staff in trying to secure documentation of her death, and the Department’s alleged collusion with the funeral parlour, which delayed the funeral.

The failure of the SAPS to respond to Thulani’s urgent call to them on 14 December is currently under investigation by their lawyer.  The conduct of the Department of Health raises serious questions about its responses when people test positive for Covid-19.

It is known that health professionals such as nurses are overwhelmed by the influx of cases but there was an obvious lack of co-ordination between the Boom Street clinic and whoever conducted the tests and sent the results to those testing positive.

A lot of paper and ink is being used to ‘track and trace’ people (registers at businesses recording details of temperatures and contact details) but Sizani’s death suggests it is a futile exercise, since there was no real effort, it seems, to trace a 74-year old woman who has tested positive – despite ongoing attempts by her seriously ill son to urge sundry medical staff and police to assist his mother, who was simply left to die.

The blame lies squarely with chaotic management of the Department of Health in KZN, for had there been better organisation Sizani (and perhaps others) might still be alive.

Despite its top-heavy management (at the expense of  employing sufficient nurses and doctors) this department has been noticeably dysfunctional for over a decade – a situation for which the national department shares the blame.

Sizani Ngubane was a remarkable woman who has left a void in her brainchild, the Rural Women’s Movement.  Having been part of the National Women’s Coalition in the early 1990s, and having worked for the Association for Rural Advancement (AFRA) in Pietermaritzburg in the 1990s, she was determined to do something to empower the least empowered women of the province, those living in rural areas.

In the early 2000s she registered the Rural Women’s Movement with an outreach to the furthest corners of the province.

This movement has played, and continues to play, an important role in advancing the legal rights of rural women.  The evidence of the Rural Women’s Movement made a significant contribution to the 2010 striking down of the Communal Land Rights Act of 2004 by the Constitutional Court, one of the reasons being that the legislation had been passed without due input from rural residents.

The Rural Women’s Movement, and a number of its members are Applicants in the High Court case against the Ingonyama Trust, its Board, ministers and others relating to the imposition of leases by the Trust, and rentals to be paid for them by the rural poor.

Tragically, Sizani has not lived to see the outcome of this case, in which Judgment is still pending.

Through her vision and hard work Sizani was able to obtain support for her work from funders and interns from overseas came to work with her, and learn from her.

In 2020 she was honoured with an award by the Swiss-based Human Rights organisation, the Martin Ennals Foundaton, representing South Africa as one of three finalists from around the world for her achievements in protecting the rights of women.

Her death leaves a leadership vacuum in the work of the Rural Women’s Movement which those she has nurtured must now fill, since it is crucial that this work continues and expands.

In an interview some years before her death, she told of her dream to set up a place of healing for abused women. Because of the legacy of distorted customary law in Kwazulu-Natal, and the recent passing of the two ‘Bantustan Bills’ by parliament –  which go beyond even the discrimination of apartheid towards rural people – in which women suffer even more than men, it is essential that the dedication and fighting sprit of Sizani Ngubane lives on in its new leadership.

Rest in well-deserved eternal peace, Mama Sizani, and may your spirit continue to guide the Rural Women’s Movement. She was buried on 9 January in Howick.

*Mary de Haas is a violence monitor and analyst