Late BaPedi King’s vision of unity – in his own words 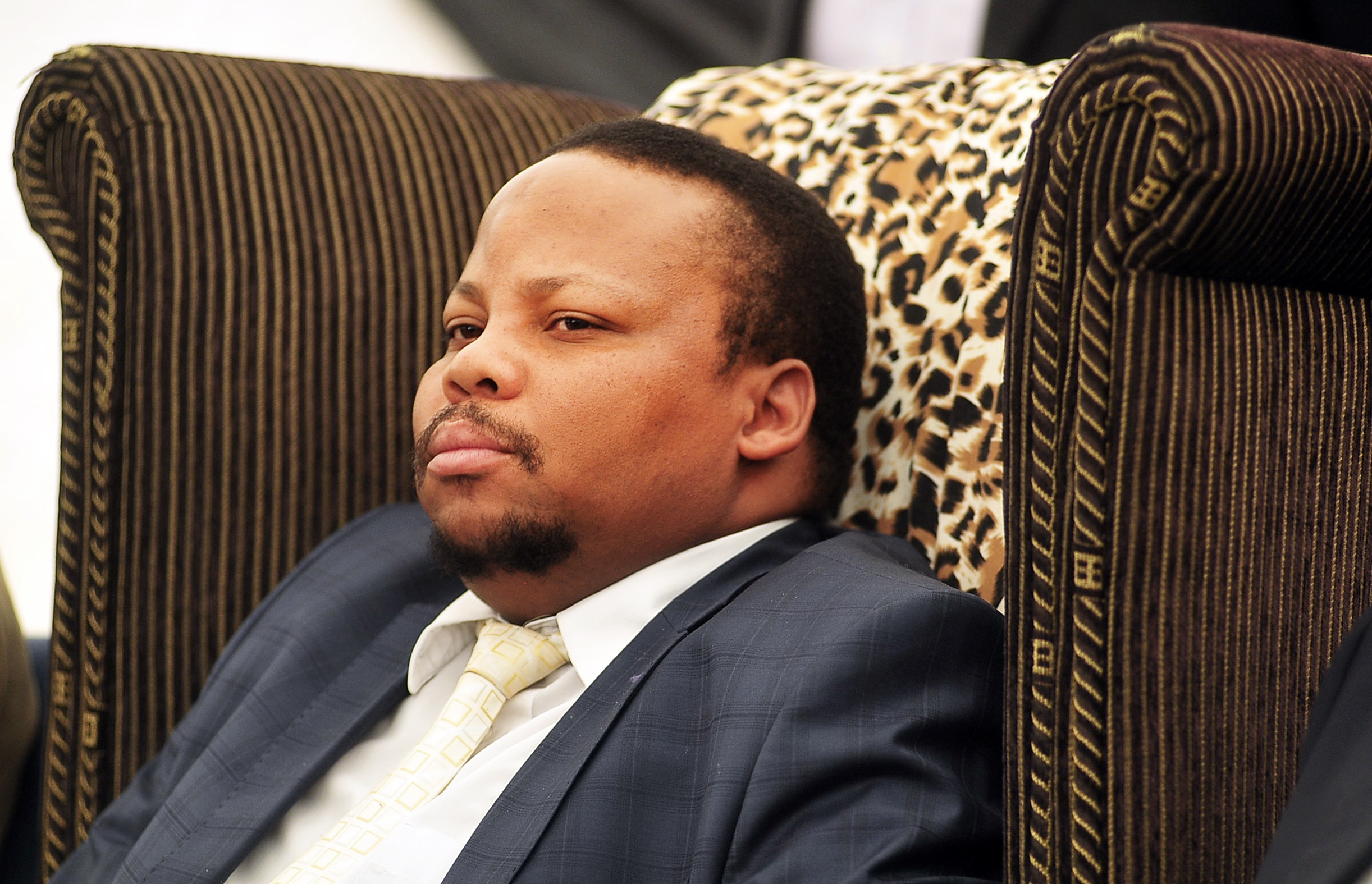 IN October 2018 Bapedi King Thulare III called a gathering of magoši at his royal homestead following a North Gauteng High Court victory over his uncle Kgagudi Kenneth Sekhukhune in a long protracted battle over the nation’s crown.

In what was one of his first public addresses to the Bapedi royals, he used the gathering to call for peace, unity and reconciliation among his subjects.

Importantly he also underlined the significance of his people to benefit from the immense mineral wealth in the soil of their land.

Although the gathering took place in a festive atmosphere, Thulare III was under the protection of five guards armed with machine guns, a factor that spoke volumes of the ongoing hostilities despite the court’s ruling.

The high court victory did not bring an immediate end to the battle for the kingship battle that had dragged from 1976 between Thulare III’s father Rhyne Thulare Sekhukhune and his brother Kgagudi Kenneth Sekhukhune.

Rhyne Thulare Sekhukhune died in 2007 before the kingship dispute could be settled. KK Sekhukhune remained acting king until a Constitutional Court ruling in 2020 endorsed a finding by a commission into traditional leadership dispute endorsing Thulare III as king.

The two protagonists Rhyne Thulare and KK Sekhukhune are great grandchildren of the warrior King Sekhukhune I who defeated the British, Scottish and Voortrekker armies in defence of his ancestral land during his reign in the mid-1800s.

It was only last year when the Constitutional Court rejected KK Sekhukhune’s bid to annul the high court ruling and endorsed a finding of the Nhlapo Commission into the royal dispute declaring Thulare III the rightful king of the Bapedi nation that the dispute was finally settled.

KK Sekhukhune publicly rejected the court’s decision and declared to install his own successor. But this was not to be.

Thulare III was officially recognised as King of the Bapedi nation by President Cyril Ramaphosa in terms of the Traditional Leadership and Governance Framework Act 41 of 2003. The notice 449 was published in the government gazette on 3 April 2020.

His reign of less than one year remains the shortest in the history of the kingdom following his untimely passing.

King Thulare III passed away from an illness at the age of 40 on Wednesday 06 January 2021.

The official funeral ceremony was held at his royal homestead on Sunday, 17 January 2021.

In this edited version of his 2018 speech, delivered in Sepedi and translated into English – Thulare III pleads for unity among his subjects.

The speech captured by Mukurukuru Media editor Lucas Ledwaba who attended the event gives a glimpse into the vision and dream of the man destined to lead a kingdom with a rich history of bravery and valour against the invading colonial forces but weakened by a longstanding bitter war between blood brothers.

Here is what the late king told his subjects in October 2018:

On the kingship conflict and reconciliation

BaPedi, I say I plead with you to forgive these delinquents. They did this to themselves .. they ruined that land, they destroyed that kingship. I’m begging you, please forgive them.

BaPedi, this is painful. But I want us to discuss something that we know we are going to implement. Let’s hold hands Bapedi. This kingship will never fail us. We’ve even forgiven those that are coming after us. We have forgiven them.

Tomorrow they will come. They would’ve heard about the big Bapedi Moshate gathering. I know by Monday there’ll be other knocking on our door asking us to register them yet they disrespected the King’s word.

Things when well in court. Be happy and rejoice! I’m asking you to rejoice Bapedi and demonstrate to others about who you are. Never doubt yourselves! That was the last one. Who can dispute this?

It was the very last one. That is why I asked you Bapedi to come here so we can reconcile.

I feel so good when I see so many of you here including our aunts because we know there are wicked ones amongst us. They will come here in front, please show them to me.

That’s why I say our court process went well. On our return, we heard that some of our brothers tried to disrupt corrupt the Bapedi people. They even had informational bout what Modjadji is going to do in future. Talking as important people. That’s why when Rakgadi speaks she says it seems as if they’re not mentally well.

From today BaPedi and mošate it is my wish that no one would go out there to talk about our issues. We are tired of seeing insults hurled at our kingdom. This should not sit well with you.

When they go to the radio and when Maseforo [SABC journalist] asks them to comment on issues. They even separate us. They say there’s the Thulare and Sekhukhune. You must refuse! No one should go out there to discuss this family’s issues. I ask of you Bapedi.

We’ve been insulted it’s enough. We were insulted at the [Nhlapo] commission, in courts.. we are just subjects for ridicule. So I’m still going to consult from the aunts and uncles on whether I forgive them or not. I will listen to the elder’s take on this because everyone has to be happy.

Also, let me tell you that that Judge [Dunstan] Mlambo doesn’t smoke marijuana.

Judge Mlambo knows and understands these issues. He studied these issues at length. When he examined these issues, you could see that it hurt him a lot. You could tell by the way he wrote his judgement.

Bear in mind that judges consult. They just don’t take issues at face value. They read!

If you look at the way he did it, at the end he wrote “enough is enough. The Bapedi nation must be happy. It’s enough.”

I even commented that he delivered the judgement on Freedom Day. He was saying “This is the time for Bapedi.” Therefore, Bapedi, rejoice!

Chiefs come closer. This is your kingship Bapedi. I also wanted to request that you leave me to give you respect when our brethren in the offices those we call officials are busy dividing you.

They are dividing you and I’m watching them. But we must show them. We must show them which one is the bigger leadership. That the real government has made a ruling.

You find a man is not even embarrassed to walk into another man’s home selecting what they want and what they don’t want. It’s one of our own. You know him, his tall!

He’s the one who’s misleading you. If he finds you with your guard down, he leads you astray. Some of you here know him as the one who was supporting Hlabirwa, isn’t it?

Today he’s shocking us. He’s moving in to offices of the honourable telling them this and that about me, this is not the one, this is the third child .. I really don’t know (sounding defeated)

Tell him! He’s ruined things. He ruined things! He’s caused a lot of grief in this family. Today he’s aging. People were having fun because of the family wickedness that was happening in our home.

Those people have wronged you Bapedi. You must hear me! Even that spoiled one. He’s wronged you. He destroys this side while singing your praises. He’s even digging you deeper into the grave. I know him! He’s cunning!

BaPedi, I’m trusting you. BaPedi promise me that you will unite. It’s now difficult for me to sit down.

But even next time when I call you, may you come through running.

I’m busy talking yet I’m holding back the tears.

So BaPedi, lastly, those who can, please fetch my uncle [KK Sekhukhune] and bring him with you. I man next time when I call you. Be the ones that accompany him.

Brag to him about how we eat here. Make him jealous.

Let me thank you those who come near and far. I feel so proud. Some of you come from far. It reminds me of the old days when we were suffering. That’s why I say I ask for forgiveness for these chiefs.

So I was asking that please bring him with him so we can discuss this issue of unity.

I did this witchcraft [gathering of royal family] and I thought I should tell you. Some people can here to witness what’s happening today. I thought let me put a stamp on it. I declare that it’s over Bapedi, it’s over!

May God be with you and bless your son.

On mining and mineral rights beneficiation

When these things come along, it won’t be difficult for me to remunerate you through our soil. All of you, all of you who are here on our land.

They’re still eating. They’re happy. They don’t care about the kingship. If you look a bit closer in there you will find those people we call our brothers. The ones we call politicians. They have shares in there, inside your mines.

Even as a king, you must knock. Just imagine! In your own land. Thereafter, they cause conflict amongst magoši . They dangle a little bone in front of you.

This is a problem BaPedi. I’m talking about mines because this is a big thing. The mines are your food. I’m no longer talking about farming. I’m addressing mining. Because everyone must benefit. All of you!

So I’m asking you Bapedi, this unity issue, I know it’s not child’s play. It is a big issue.

So Bapedi, I know you are hungry. I know that this thing called unity is painful. Especially when another benefits and you don’t, it’s painful. You must bear it and grin and know that I’ve forgiven you.

On the ongoing efforts by government to regulate initiation schools

The king must issue out instructions for initiations. Initiations are for the King and the Healer, that’s what I was told here at home. It’s not the little paper that gets issued to you.

I’m asking you Bapedi. Don’t let them hasten you and force the initiation to finish within three weeks. Why do you want women to laugh at us?

We are the only ones that can bring morals in our nation. Government gives the chiefs their power. They must help us, the chiefs must help us. Because these kids are yours. They’re not theirs but they’re yours!

So that’s what has been hurting me. That how can this unity bring morals on the ground? How? That’s the first thing.