MJ Hlungwani – a son remembers lessons from a loving dad 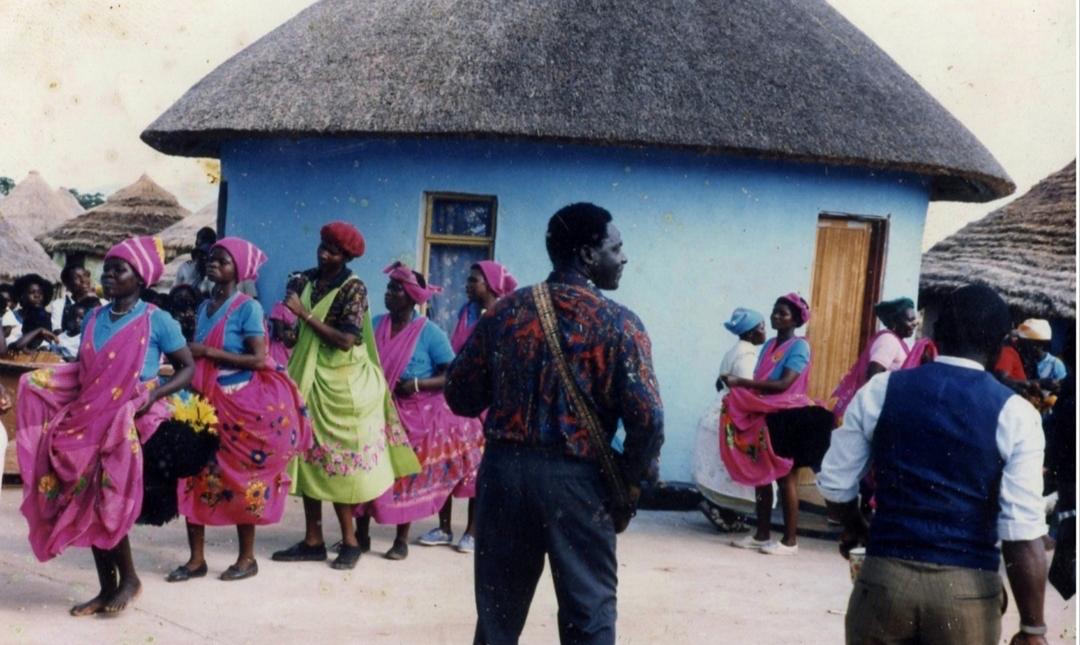 MJ Hlungwani was to many a superstar who touched lives through his music. But to Trevor Makhanani Hlungwani he was a loving father who taught him values to last a lifetime

Eli Eli Eli! Sang the women seated in the yard. Their heads tilted to their sides. The choir conductor, a local man with a boisterous personality, kept on raising his hands, asking them to sing louder. In between the singing he begged them to clap hands faster.
The last time my dad gathered us in this fashion was two years ago. We had just buried my aunt, his younger sister. More than 50 of us, his younger brothers, sisters, aunts and nephews. In the last few years he had taken it upon himself to get the family more united and get us to understand the family tree. He chaired the meeting himself and asked everyone to explain their roots to help find where we all connect.

“Lava va loya swinwe,” he said in his simple way of explaining maternal relations. He was on a crusade and  almost every three months there was a family member he had reunited with from afar.

He would then tell his two uncles and that would be followed by a visit. And when you called he would tell you about that: “Ani fambe na Mbava Dan na Mbava John hiya vavona,” basically saying he took his two uncles along for the visit.

Now years later we are seated in a circle, far from each other. The few of us trying to give one another strength. He has gathered us, this time in his absence.
The church choir takes another song.

Nati lavela tilu ranga, which loosely translates to one day I would love to go to heaven.  It’s a happy song but there’s so much grief on their faces, more like a disjoint between the lyrical content and their facial expressions.

If heaven is a happy destination and their wish is to find a place there then why would they not show that in their faces? I have no answer to that question.

My father sang about these 13 years ago that people aspire to ascend to heaven but are afraid of dying. Vanhu vaswi rhandza kuya tilweni marha va chava ku fa. I doubt he was. He was certain, like any other person, that one day he is going to pass on but perhaps wasn’t aware that it would be this sooner, we read in the Bible that it’s a secret.

Soon after that, the choir conductor lifted his hands, causing the tail of his jacket to fly around, and ordered the choir to stop singing, dead silence.
He somewhat quoted some folk recitation of the church my father attended, the Zion Christian Church.

Ku rhula aku hlangani na vanhu (peace be upon people). And as if they had agreed to time their response, they responded in unison – aku tale (Let it be).
He then asked for the singing of another hymn to welcome the preacher. Then again we sang, very sombre hymns. It was as if they were picked for this gathering.

Because of my dad’s musical background I find it very difficult not to reflect on his journey to the singing taking place in the yard because they have somehow formed a foundation of his journey.

I always argue that music and spirituality are closely linked and in the past few years I had taken it upon myself to have my father talk to me about that.
But the most frustrating part of it was that Papa didn’t want to put emotion into that journey. Whenever I was home I would try and ignite a conversation by asking him why he went into music and the little I always got was: ‘Ani nyikiwe nkatara hi mulungu wunwani.‘ And the story almost always ended there.

However my reading is that the journey was very spiritual. His first album was released in 1983, a year later he got baptised into the ZCC.

That very first album had a gospel song, Yesu Nghala Ya Yuda (Jesus The Lion of Judah). From that album all his albums had gospel songs.
Five years later in 1988 Shivavula No. 1 was released.

It also had a gospel song, Hosi Yeso. In that song he advises that people should always kneel down and show gratitude to God for his goodness.
The album was never just a collection of songs, after all; it was a bridge between two eras and genres for my father, not to mention a launching pad for someone whose popularity was held up by unavailability of opportunities.
The resultant sound in that album was less joyous than the energetic songs he had produced in previous years – it had fewer bounding bass lines and only discreet use of a keyboard — but no less entertaining and very mature.

My focus here, though, is not much on the music but his personality.
But there’s something that the album did and perhaps my father was not aware of at the time. His big break into showbiz showed the younger generation during the time that they can achieve what they want to. To most locals he was an example of success and proof that you can do what you want to do.

Here’s a man you see everyday becoming a household name, his songs plays every 3 hours on the national radios, you hear him doing interviews on the radio and also top every local festival list.

I realized that in African music, the rhythms are always shifting slightly and that the shape of a melody was often dictated by the bassline rather than the guitar. Harmonically, African music consists essentially of three major chords — that’s why it sounds so happy — so he could write almost any melody he wanted in a major scale.

He improvised in two ways — by making up melodies as he wrote the song and by singing any words that came to mind down in a lower and mid range. That’s why he could lead a song and still join the backing vocalists.

It was a very difficult exercise because patterns that seemed as though they should fit together often didn’t, but that’s art.
How do you get this together, have all these beautiful people in a song that go up and flow like that?

If anything, we are told, music needs to evoke emotions.  Harmonically, the old XiTsonga music consisted essentially of three major chords — that’s why it sounds so happy.

Two days later we stood in the sunlight, the early morning sunlight to pay our last respects to a soul returning to the earth. This is the only life and that’s worth something when you think about it; that people should leave behind good memories so that when they depart they are remembered for such.
The following day, we visited the cemetery to see for ourselves, again, where his body is interred. I have very rich memories of my father, very beautiful conversations we had in his last years. We joked so much, he taught me a lot of values to last me a lifetime.  I have said it before that I’ve known him to be a consensus builder throughout his dealings with his family and people in general. He had few words to say. To be under his guidance was experiencing the best of life on a human scale. He loved his younger brothers, sisters and the entire family.
But what do we do when we are separated from such giants who lived way before us?
That is why some of us think we need to sit down and rebuilt their legacy because we feel they had no business to pass on.
Hi Losa Madoda.

*Trevor Makhanani Hlungwani is a journalist on Power FM and is the son of the department music legend.