Born frees face another long wait for return of the land 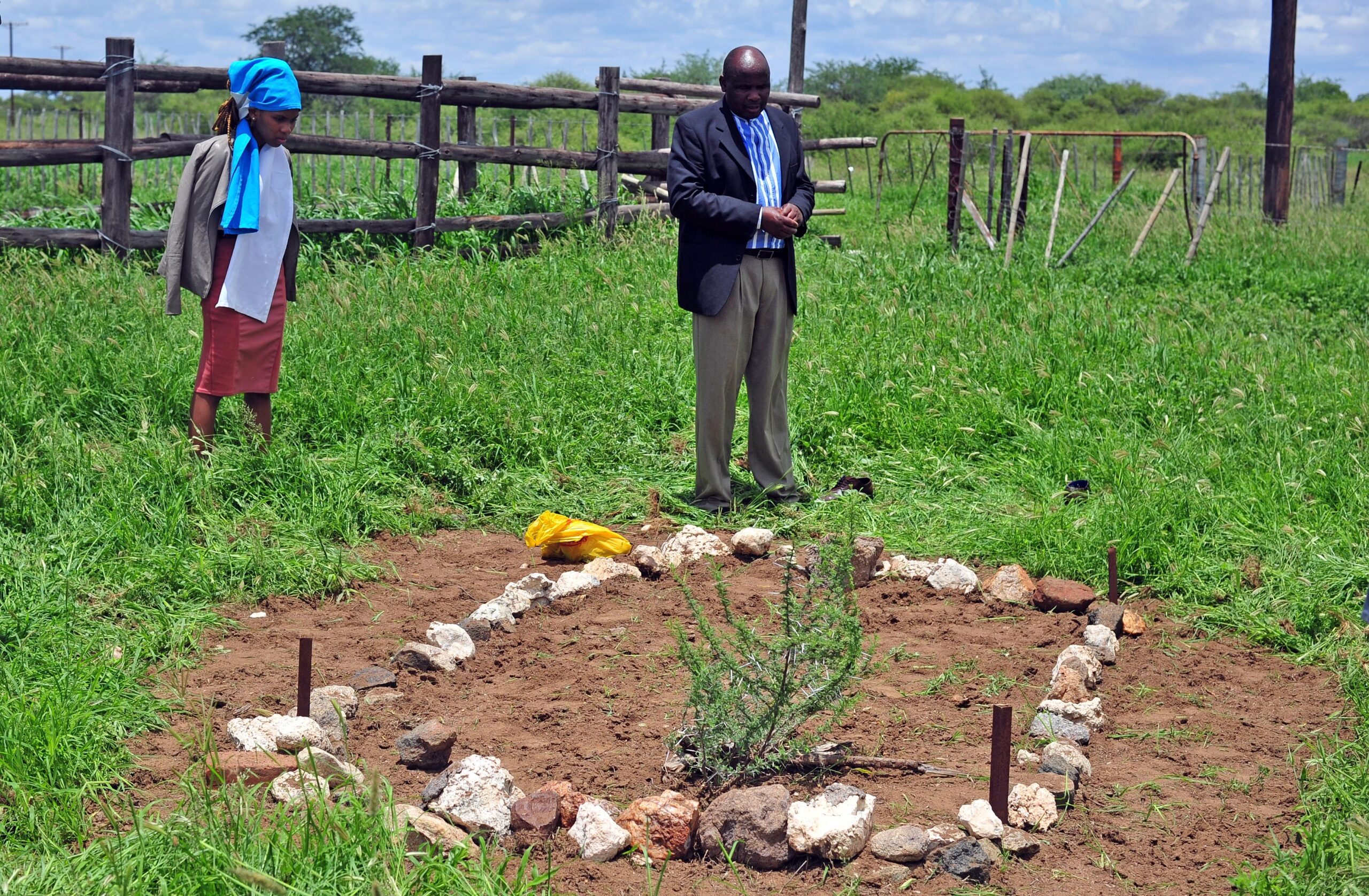 MOYAHABO Kholofelo Molele was not yet born when her grandfather lodged a land claim with the Commission on Restitution of Land Rights in September 1997.

She is now a 21-year-old university student. Her grandfather Masilo Jack Molele has since died. Her father Frans Manare Molele took over efforts to fight for the land claim to be finalised when his father Masilo died. The land claim remains unresolved 23 years later.

Frans Molele says his father went to his grave with a broken heart having not realised his desire to return to the land where he was born in 1923.

In his submission to the Commission on Restitution of Land Rights, Masilo Molele wrote: “…our ancestral spirits are emphatically pressurising us to settle back there [on our land]. Our children are increasingly getting shot, killed, don’t get jobs, bad lucked [sic] due to that.”

President Cyril Ramaphosa recently announced plans to establish an agency to fast track land and agrarian reform during his State of the Nation Address on February 11.

This may well mean Moyahabo, who was born in April 2000, and her generation could face yet another long wait to finally realise the return of the land of their forebears.

“It’s enough! What incenses me even more is that the issue of land restitution is not taken seriously or it’s given little attention. Our government is acting as if it’s doing us a favour and we have to beg,” Moyahabo says in response to the long delay and the latest announcement by president Ramaphosa.

“I bet if we continue with this modus of begging we’ll forever wait. Action needs to be taken. The whites forcefully removed our forefathers from the land that wholly belonged to them. So, we shouldn’t have begged from the start. Until we get our forefathers land back, Ramaphosa and his cabinet must never speak of black empowerment,” says the frustrated youth.

Just two days before the last day of 2020 she joined members of her clan of land claimants to perform spiritual rites at the site they believed is the burial place of one of their ancestors.

Their forebears from the Molele clan were violently removed from Sesele, the land they called home since the 1600s through systematic unjust laws between the 1850s and 1960s. The bulk of the forced removals were enforced in 1936 after which some of the Molele remained as labour tenants on farms that were handed to whites by the Union of South Africa.

The site where they believe their great ancestor Nkabe is buried was pointed out by a spiritual diviner in 2019. Most of the elders who were born on the land and experienced the violent forced removals have died.

The long wait has taken its toll on the clan who have ambitious plans to turn the land, once its restored to them, into a thriving agricultural hub. They hope their use of the land will help to eliminate the poverty and joblessness that has ravaged them for decades.

They wish also that it would help reduce or eliminate the destructive practise of migrant labour that has seen many of their kin swallowed by the big cities in search of work.

But the long wait for restitution continues to frustrate their plans and dreams. Visiting the farm to conduct spiritual and traditional rites remains an insanely controlled exercise.

On Tuesday 29 December the Molele visited the farm after the owner granted them permission under strict conditions.

As part of the conditions only nine people could access the farm, using only one vehicle. They were also ordered to adhere to a tight time limit and were warned permission to access the farm would be withdrawn if they did not show up at the farm gate 15 minutes after the agreed upon time. The time they were allocated on the farm was also strictly limited.

Unfortunately, the Molele case mirrors the frustration faced by thousands of people whose land claims are still not resolved from 22 years ago. While they live in poverty in barren villages which the previous regimes designated as labour reserves, the land of their ancestors continues to enrich beneficiaries of an unjust system.

In May last year the Commission on Restitution of Land Rights (CRLR) told a meeting of the Parliamentary portfolio committee on Agriculture, Land Reform and Rural Development that targets for its five year Strategic Plan were to settle 2150 land claims and to finalise 2200 claims in line with the current budget and capacity.

The commission said there were 7 743 outstanding land claims. But it noted that due to the outbreak of the COVID-19 pandemic and the resultant lockdown, it had to revise its targets for 2020/21.

Earlier, in the 2019/20 annual report of the Commission on Restitution of Land Rights the chief land claims commissioner Nomfundo Ntloko-Gobodo mentioned that the commission had “improved dramatically from the rather dismal 42% delivery on settled claims in the previous year to settling 436 claims this year.”

She noted that in addition the commission had been able to “finalise 686 claims to the amount of R2 683 313 that flowed directly to beneficiaries by ways of land or financial compensation.”

In the same report Minister Thoko Didiza said “in excess of 49 294 South Africans benefitted through the programme by having their land restored, or, where this was not possible or feasible, being paid financial compensation.”

The pathetic statistics justify the general feeling of despair and frustration that prevails among those waiting for restitution.

Ramaphosa did not elaborate on how or whether this new agency will benefit those like the Molele who have waited for almost a quarter of a century for the democratic government to resolve their claims.

The ruling party has come up with so many programmes and set up structures set to deal with the land question. They gave them names full of promise such as Operation Phakisa, Kuyasa Project and the Inter-Ministerial Committee on Land Reform.

They also appointed The High-Level Panel on the Assessment of Key Legislation and the Acceleration of Fundamental Change led by former president Kgalema Motlanthe to also cast its eye into the issue of land.

Some of these structures have made valuable findings and proposed solutions. But despite all this the wheels of delivery have been almost at a standstill.

Government and its agencies have been so slow in resolving land claims that some critics have estimated that at the current rate it could take another 300 years or more before they are all settled.

Government has cited conflict among land claimants, high prices charged by white landowners and long delays in researching claims as some of the reasons for the slow pace of settling land claims.

So ineffective has the ANC government been on the issue of land restitution and reform that it has taken a minority party in parliament, the EFF, to force it to vote in support of a motion to amend the constitution to allow for the expropriation of land without compensation.

While this populist strategy has scored major political points for the EFF, it has put the ANC under even more pressure to act on the land issue.

Even before the motion to amend Section 25 was debated in parliament and hearings held nationally, such was the mounting pressure on the ANC to act on addressing the issue of land that in the run up to the 2014 election, it rushed to amend the Restitution of Land Rights Act 22 of 1994.

Fortunately, in the 2016 Land Access Movement of South Africa [Lamosa] judgment the Constitutional Court declared the amendment invalid and prohibited the Commission on Restitution of Land Rights from addressing new land claims until the old older ones were settled.

The ruling prevented an even chaotic scenario where thousands of claims would be lodged while the state was clearly failing to deal with a long list of scores of others outstanding from the 1998 cut-off date.

In a unanimous judgment in the LAMOSA matter in July 2016 judge Mbuyiseli Madlanga summarised the land issue as follows: “This matter concerns the painful, emotive subject of colonial and apartheid era land dispossession.  A subject that – despite the democratic government’s efforts at resolution through the Restitution of Land Rights Act[1] (Restitution Act) – continues to plague South Africa’s politico-legal landscape. To those who personally experienced the forced removals and those who – instead of inheriting the illegitimately wrestled land – inherited the pain of loss of homes or property, the dispossessions are not merely colonial and apartheid era memories.  They continue to be post-apartheid realities.  And it is understandable why that should be so.”

Tragically the long wait for redress continues to be a post-apartheid reality for millions of land claimants such as the Molele.

Perhaps if the president and his ruling party bigwigs took a moment to walk in the shoes of these people who have suffered so much, they would appreciate that perhaps it is not another agency required – but rather to adequately capacitate the existing structures with capable and willing staff and provide them resources for fast, decisive, concerted action.

There is no guarantee that this proposed agency will not be bogged down by red-tape, administrative wrangling and the lack of capacity cited as one of the major reasons for the delay in processing land claims? In the meantime a new generation born into democracy, plagued by poor economic prospects and land hunger, waits in frustration.

Moyahabo says: “Our parents are ageing, by the time they get the land back some would’ve long retired. Very few people got their land back. Whatever is delaying them must be really serious.”