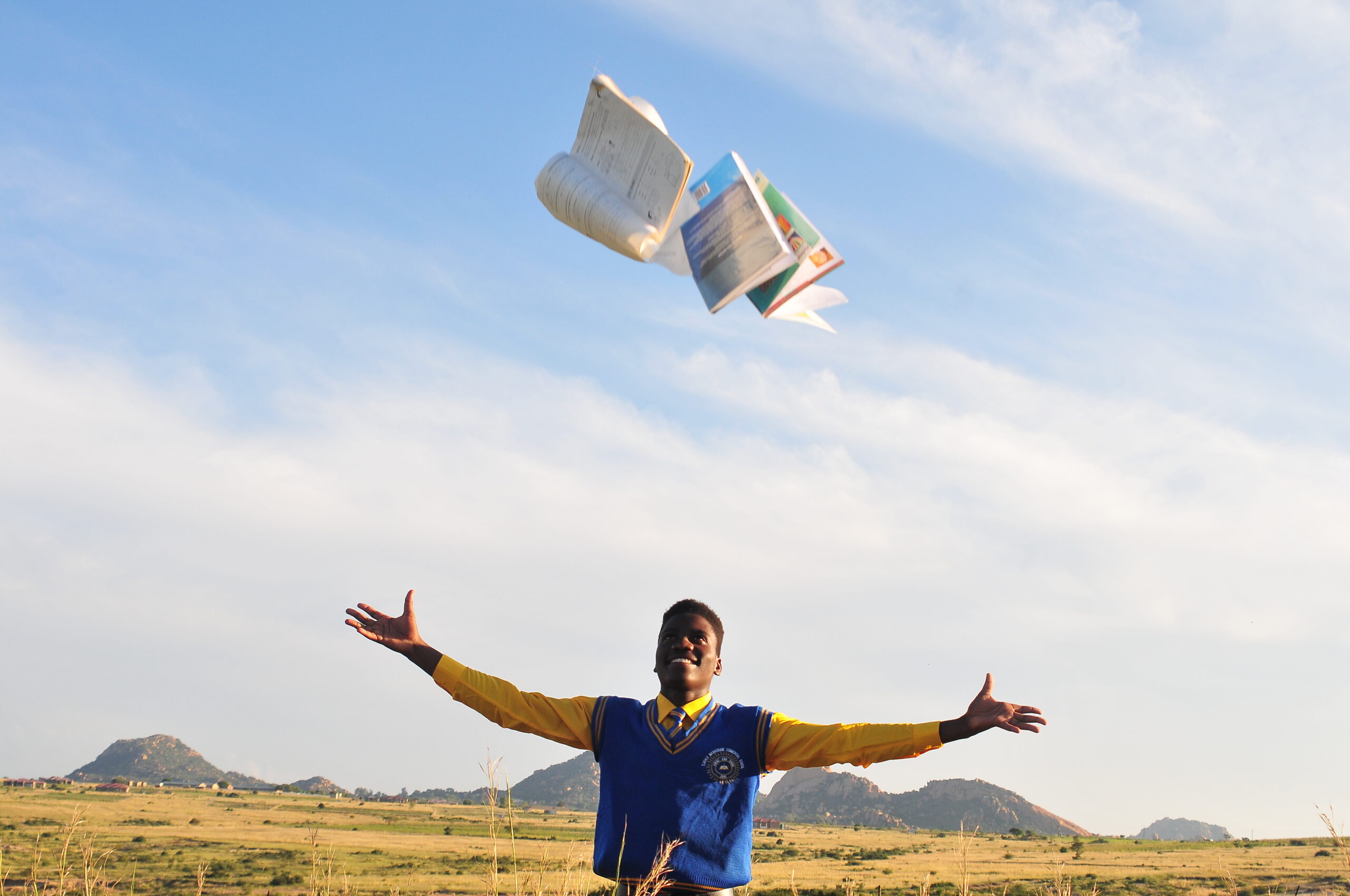 ON the day the country’s matric results were released Tebatso Ledwaba and his family did not even have money to buy a newspaper to check whether he had passed. Eventually a friend sent him a screengrab via the social media application WhatsApp. That is when he finally got to know he had passed – with five distinctions.

The 18-year-old from Mohlonong, a sub-village of Ga-Mashashane in Limpopo now wants to study for a degree in nuclear medicine. But his dreams are temporarily on hold. His unemployed mother Joyce cannot afford the university fees. Her daily hustle for piece jobs helps her to make just enough to feed her four children.

A report by the Statistics South Africa (Stats SA) titled Children’s education and well-being in South Africa, 2018, noted that more than half (62,3%) of the child population aged 0-17 lived in low-income situations.

It further noted that children in female-headed households were more likely to live under these conditions.

Tebatso said prior to the exams he was emotionally drained due to the strained relations between his parents and the fact that he has not communicated with his father in a long time and that he was not involved in his life or schooling.

Watching his mother toil daily to support them weighed heavily on his shoulders but has motivated him to scale greater heights.

“I was very emotional. I was stressed. But I want to break the cycle of poverty in my home. That is why I studied every day to make sure I pass,” he said.

He was so determined to pass that shortly before exams he asked his mother to allow him to move in with his cousin whose home is near the Tlakale Mashashane Commercial High School in Mandela village.

The tiny bedroom which doubled up as his study, which he shares with his brother in their three-room home was less than ideal for his preparations.

Sharing a tiny three-room house with four other people, his three siblings and mother, meant there were always interruptions. But moving in with his cousin would also mean he didn’t have to walk half an hour to school in the morning and back in the evening after staying for extra lessons.

Tebatso reaped the fruits of his sacrifice this week when he passed his matric – earning five distinctions in the science stream. He now wants to study towards a degree in nuclear science. But his dreams may be dashed by his family’s situation. He has applied for finance through the NSFAS and is awaiting a response.

In Mamaala village in the Waterberg region of Limpopo, Kamogelo Brandon Senoa faces a similar situation as Tebatso.

The Waterberg region, one of the remotest areas of the province emerged as the best performing part of Limpopo province in the 2020 matric results with an average of 77.5%.

Kamogelo lives with his unemployed mother and two siblings in the village of Mamaala, a village under the Mapela traditional authority near Mokopane.

His mother Ivy sells cold drinks and snacks to feed her children. Kamogelo lives in an outdoor 2m x 2m wooden shack where he spent nights studying with the aid of his cellphone torch owing to load shedding.

“We are a poor family and I want to change that. I want to build my family a decent house,” said the learner who walked 45 minutes to school every morning and back home in the afternoon.

Besides having to adjust to learning under difficult conditions brought about by the covid-19 pandemic, learners from rural areas like Tebatso and Kamogelo faced even greater odds. They live in homes without running water, proper sanitation and villages where network connectivity is poor; their schools are under resourced and far from their homes without scholar transport.

Kamogelo’s wish is to study computer science. He has already been accepted by the University of Johannesburg. However, like Tebatso, he is not sure whether this dream will come to pass as he waits on NSFAS.

He said additionally approximately 60,000 applications were received through the National Youth Development Agency (NYDA) and the TVET college walk in processes. Nzimande said NSFAS is currently finalising the due diligence and quality checks of the application information received.

Nzimande said NSFAS “will communicate funding eligibility once the verification and quality assurance process is complete in order to ensure the credibility of this important process.”

He said it is important to note that NSFAS will fund eligible students when they have been registered at a public university or TVET college.

“Students are hereby given assurance that NSFAS is aware of and takes into account that communication should be finalised before the registration windows of the various learning institutions close,” he said. – Mukurukuru Media