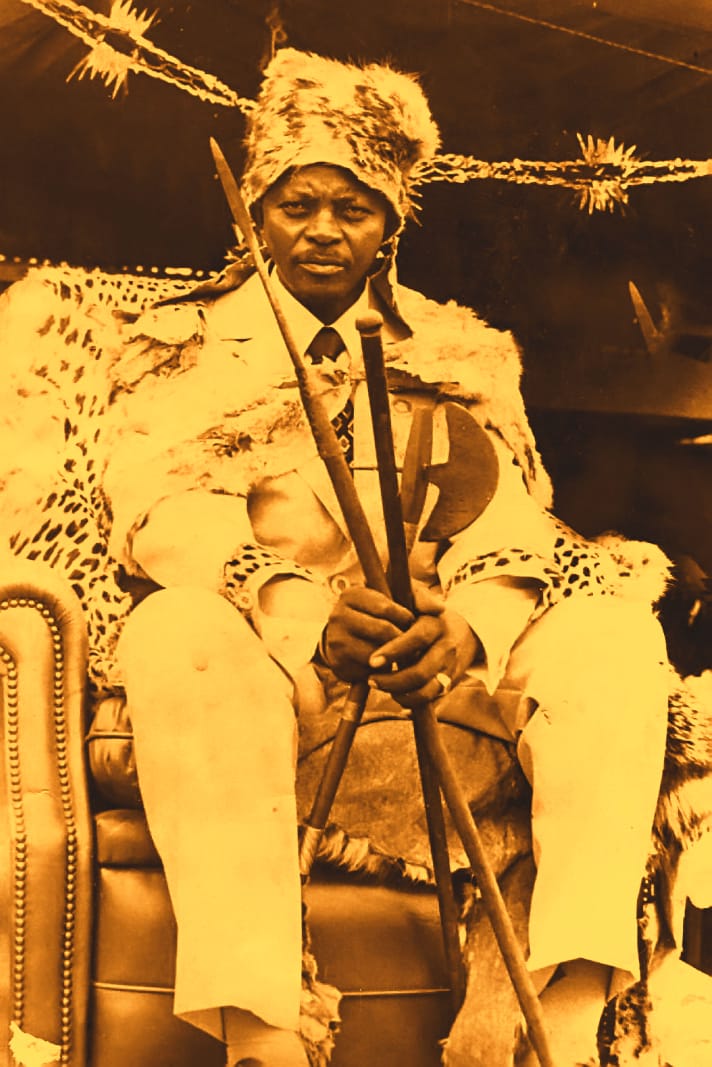 A traditional leader who used proceeds from his own meagre old age pension to reclaim land on behalf of his community is no more.

Kgosi Harris Maloka of the Bakgatla ba Mocha traditional authority in Pankop, Mpumalanga passed away on 22 February shortly after the provincial government released a report confirming him as the rightful leader of the clan.

Kgosi Maloka’s battle to be reinstated to the throne he inherited from his late brother started back in the 1980s when he was deposed by former Bophuthatswana bantustan leader Kgosi Lucas Mangope who installed his brother Ntokolo Justinos Maloka. Maloka was a member of the Bophuthatswana parliament.

However on 15 January this year, after a long and protracted legal battle the Mpumalanga provincial government released the findings of the Nhlapo Commission report confirming that Maloka was the rightful heir and therefore should be reinstated as the senior traditional leader.

The family reports that under the advice of the Mpumalanga provincial government, the Nhlapo Commission’s findings still stands until the certificate issued in the name of Kgosi Sello Harris Maloka.

“A succession plan that is already in place will be unveiled and then a successor will be announced and communicated to the government and the community,” said Princess Victoria Maloka.

Princess Victoria Maloka said although there’s a lot of sadness following the Kgosi’s passing, “there’s a strengthened resolve by many to bring his vision to life and ensure that sustainable development is a reality for many members of the community.”

He has been hailed as an advocate of using the land to benefit the community. He established the Molamu Farmers Association, which comprised black farmers from the village. This project created employment for people in the farms and was able to put food on their tables.

His character as a selfless leader was demonstrated when he responded to the call to reclaim land by using his pension earnings and other family resources. He educated himself on the process, collected the necessary documentation and filed the claim on behalf of the community.

“He invested all his energy and resources towards the land-claim process and after 10 long years of waiting, the first farms were restored to the community in 2008 and many others later in 2016. At the time, it was one of the biggest successful land claims in South Africa.”

This was followed by resistance from the white farming community, but he persisted.

“Kgosi Maloka had all the opportunity to claim the land as an individual and enjoy the benefits with his family. Instead and despite the chieftainship dispute, he invited the community and registered the claim as a communal claim. A Communal Property Association (CPA) was established with Kgosi Harries Maloka as its chairperson.

He was one of 4 children born to Kgosi Phopolo Richard and Mmakgosi Anne Dipalane Maloka.

Victoria remembered her father as a dynamic leader who enjoyed popularity amongst his peers which included members of parliament in the then Bophuthatswana government and traditional leaders alike.

Kgosi Maloka started his primary school education in Maloka Primary School before moving to Alexandra Secondary School in 1953 to complete his secondary education.

“In 1954 he was moved to Sekitla High School in Mathibestad to receive education and special mentoring under the guidance and leadership of ABC Motsepe (father to mining mogul Patrice Motsepe), who was the school’s principal,” said Victoria.

ABC Motsepe was Kgosi Maloka’s maternal cousin from the Motsepe royal family of the Bakgatla Ba Mmakau, Hoekfontein (Ga-Mmakau) and he was tasked with ensuring that the young Kgosi received specialist education and to prepare him for future leadership of the community.

“At the time, Sekitla High School was considered the best school to educate children from royal families.”

However, Kgosi Maloka was forced to cut short his studies following the decision of the royal family to recall him back home to assist his elder brother, Kgosi Mokopane Goodwin Maloka, who was struggling with ill-health.

He took up the leadership role after his brother took ill in 1969 and was appointed as acting Kgosi until 1972. As per custom, Kgosi went through the necessary training and mentoring from the appointed elders to prepare his ascension to the throne in 1973.

As part of his preparation to ascend the throne, the elders physically pointed out every farm, showed him all the boundaries from east to west and from north to south.

“This is the land he successfully claimed back for the Bakgatla Ba Mocha Ba Maloka community as part of the government land restitution process,” she said.

It is believed that his popularity created “some discomfort” within those who “worried about his growing popularity, particularly his colleagues within the Bophuthatswana Democratic Party.”

“The suspicions of Kgosi Maloka’s involvement with the opposition, in particular the African National Congress (ANC), which was then exiled, grew after his trip to Moscow.”

He was then classified as an ANC supporter and therefore untrustworthy to the Mangope regime.

This led to his removal as Kgosi in 1987 following two commissions of enquiry established by the then president of Bophuthatswana Lucas Mangope.

The second commission however never found any wrong-doing against Kgosi but recommended that he step down as Kgosi. He fought for his reinstatement since then as the rightful Kgosi.

As a leader, Kgosi is said to have been a visionary who put the interests of the community first. His legacy projects include the building of schools such as Mpoko Maloka Middle School, Goodwin Middle School, Masobe Primary School, Mantjedi Special School for children with disabilities, Lehau Pre-School as well as Rauwane Pre-School.

These include the establishment of Ratlhagana High School, which at the time was the only high school in the region, which offered boarding facilities and attracted students from as far as Pretoria and Soweto, all of which are still standing and in full operation.

Other notable projects include a community clinic “which remains the only health facility in the village,” said Princess Victoria.

It is believed that Kgosi Harris Sello Maloka has left a lasting legacy and sustainable inheritance for his community.

“It is therefore up to the law-abiding citizens of the community to honour his memory by ensuring that the fruits of his labour do not go to waste, but that they are enjoyed by all members of the community.” – Mukurukuru Media