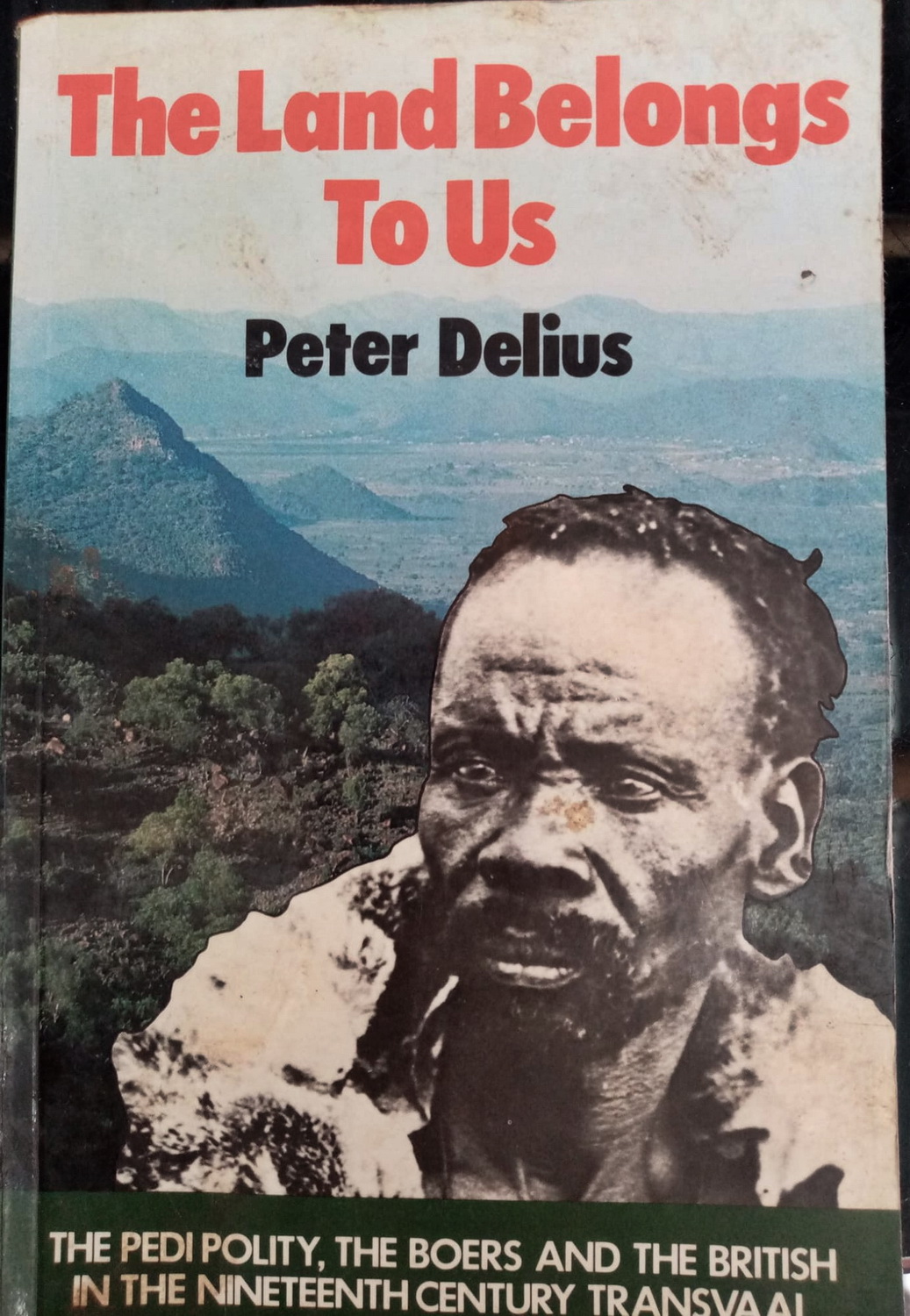 Professor Peter Delius writes in the introduction to this book that articulates how the Pedi polity grew to become a an important stumbling block to effective British rule in the early to mid 1800s: ‘Eighteen seventy-nine was a crucial year in South African history. The Zulu kingdom and the Pedi polity, two vital obstacles to colonial control, were bludgeoned into submission by British-led armies.’

He articulates how the history of the BaPedi by contrast to that of the Zulu nation, is much less well known – ‘despite the contemporary view that among Transvaal Africans the Pedi paramount Sekhukhune ‘enjoyed a fame as a chief of dignity and importance hardly inferior to the fame of Ketchwayo (King Cetshwayo) among the Zulus.’

Prof Delius further makes the point: ‘During the following thirty years (from 1820s) Pedi society mustered sufficient strength to withstand Zulu, Swazi and Trekker attacks. By the late 1860s the polity came to rival both the South African Republic and the Swazi kingdom as a focus of power and authority in the region.’

In this short extract from the book The Land Belongs To Us – The Pedi Polity, the Boers and the British in the Nineteenth-century Transvaal, the author gives an account of the events that saw Sekhukhune annex the BaPedi crown following the death of his father Sekwati.

The book published by Ravan Press in 1983 is out of print – however Prof Delius has given us permission to publish the entire book on the Mukurukuru Media website. Please see link at end of article.

The succession to the paramountcy – the death of Sekwati

On the twentieth of September 1861, the B.M.S missionary Alexander Merensky was disturbed, and probably more than a little alarmed, by the sound of high-noted, shrill and continuos women’s wailing which arose from the neighbouring village of Mametsi.

His colleague, Albert Nactigal, summoned by Chief Kabu on account of his medical rather than his ritual skills, found to his chagrin that the chief had not waited for his ministrations but had hastened instead to the capital.[i] Both incidents had a single cause. On that day Sekwati died.

At the capital, preparations were made for the burial of the paramount and the recognition of his successor. Sekwati’s body was bound in a foetal position, wrapped in the skin of a black bull which had been specially slaughtered, and then buried in the cattle kraal at Thaba Mosego. Sekhukhune, Sekwati’s eldest son, had been forewarned of his father’s death by his mother, Thorometsane.

He hurried to the capital. The strength of his position and the force of his claim to succession was symbolized and proclaimed by the fact that he presided over the burial of his father. From 24 September, the heads of families and subordinate chiefdoms made their way to Thaba Mosego driving cattle to hlobogo (sympathize) with the royal kgoro by presenting a beast. The herds of cattle of the deceased paramount were paraded before the mourners and Sekhukhune challenged anyone to dispute his right to take them under his control. [ii]

None was prepared to take up this challenge. On 30 September, Mamaricha arrived at Merensky’s mission station, with a request that the missionaries should draft and despatch a letter to the Landdros of Lydenburg and to Mshweshwe to inform them that Sekwati had not been poisoned but had died of ‘infirmity and old age’ and that ‘Sekhukhune was now the King of the Pedi in his place.’

Thus far the succession had passed off surprisingly smoothly. [iii]