‘No excuse for failing to build bridges after 27 years’ 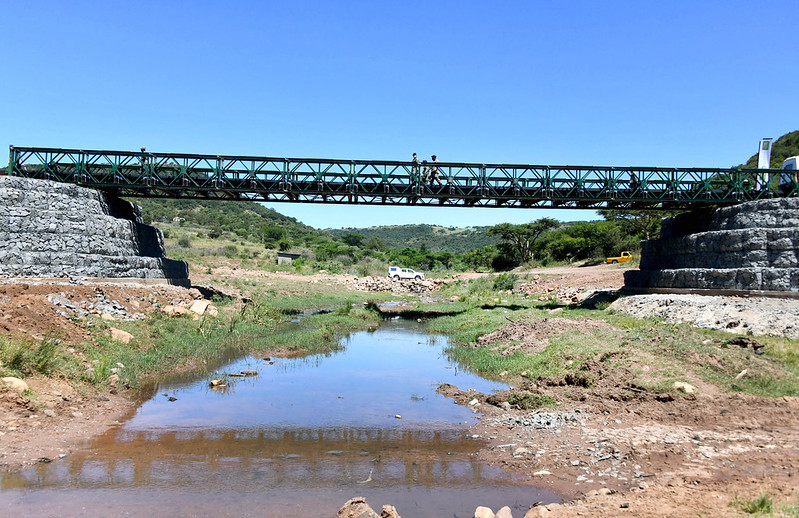 Minister of Public Works and Infrastructure Patricia De Lille acknowledged that there can be no excuse for government not to build bridges in communities 27 years into democracy.

“The excuse that there is no money must never be used again when it comes to an intervention that will not only make access to government services easier but will also give our children and people dignity and save lives,” De Lille said during the official opening of bridge in Ekhamanzi in the uMshwathi Local Municipality in KwaZulu Natal this week.

De Lille’s comments come at a time when the spotlight is on the Sane village in Limpopo where residents are forced to carry their children across a river using a makeshift bridge after a pedestrian bridge of questionable quality was swept away during flooding last month.

The National Planning Commission of South Africa also acknowledges the lack of infrastructure in poor communities.

The Commission which was established in May 2010 to develop a long term vision and strategic plan for South Africa also noted that “some municipalities are poorly managed or have limited human and financial resources to deliver services.”

The Makhado local municipality has promised to build a new bridge which is set to be completed in six months. But parents are worried that a slip or wrong step could have dire results, especially for the children.

“I’m just assisting the younger ones to ensure they cross safely. The children are scared and this affects their concentration in school,” says assistant teacher Zwivhuya Ramathavhana who helps the children to cross the river by carrying them on her back one after the other.

De Lille touched on the issue of children having to cross rivers to get to school in her address.

“There is no justification and excuse for children still having to fight their way through water and risk their lives just to get to school,” she said.

“As the Minister responsible for infrastructure, I have always said that infrastructure is a basic need and a service which all our communities are entitled to,” De Lille said.

“Infrastructure is not just about cold, hard buildings but if we look deeper, we can see that as with the case of these bridges, infrastructure is about reversing the legacy of our apartheid pass [t] by giving people access and dignity.

De Lille said four bridges have also been completed in Mangwenya while another bridge is also nearing completion in Amanzimtoti and another bridge in Mthoqotho is half way through construction.