‘Our baobab trees should be left alone’ 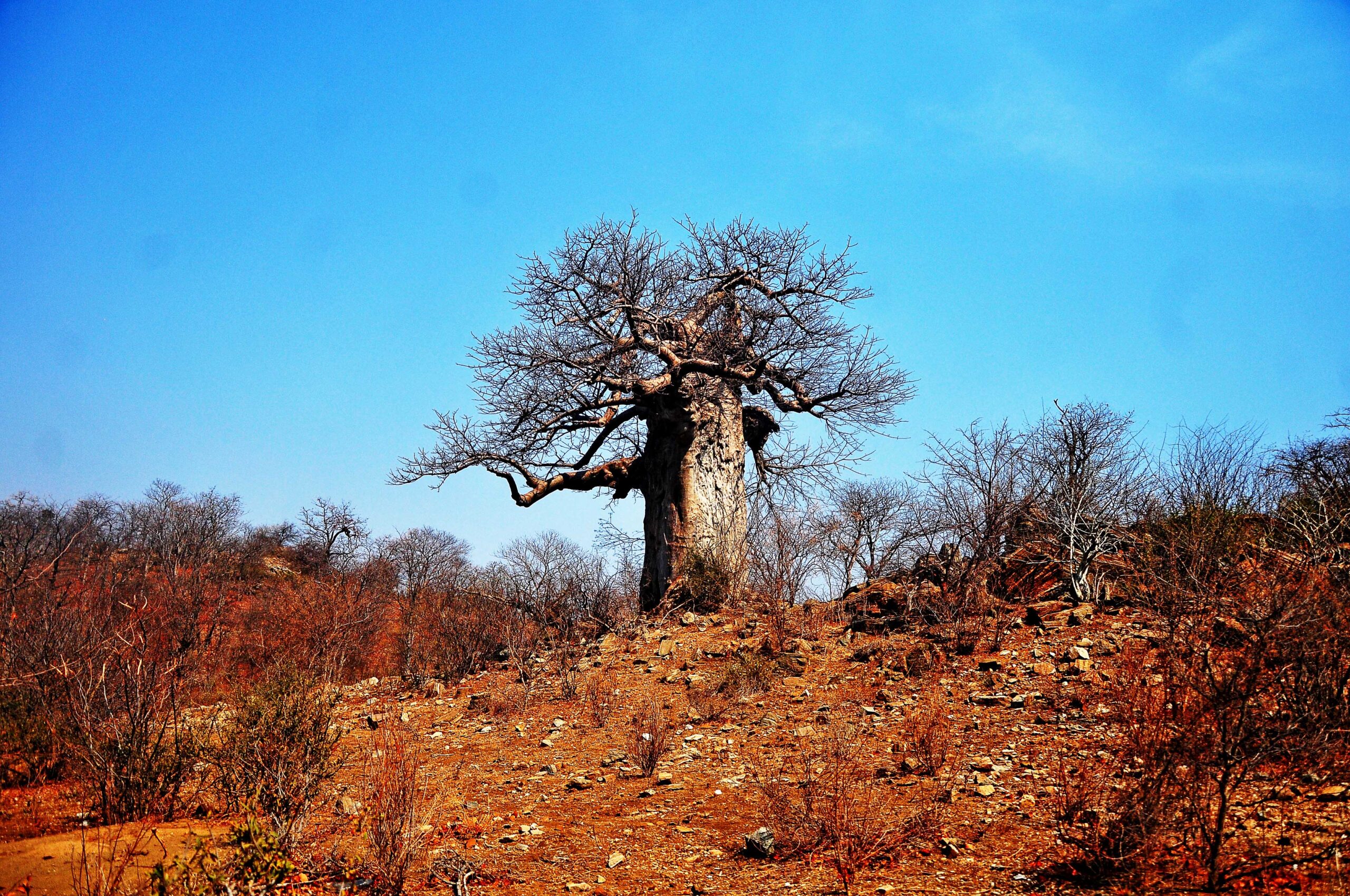 WHEN Isaac Sekhwama’s aunt died in Mulambwane over four decades ago the family buried her in the shadow of one of the baobab trees that grow in abundance in the Limpopo valley.

The baobab tree, muvhuyu in the Venda language spoken in these parts, is revered as a tree of the gods, a significant spiritual link between the living, the dead and the land which is considered a gift from the ancestors who lived and cared for the land in ages past.

Mulambwane forms part of the land just south of the Limpopo river in north western Limpopo province, which is earmarked for the development of the multi-billion-rand Musina Makhado Special Economic Zone (MMSEZ). The site for the proposed MMSEZ falls within the Vhembe Biosphere Reserve (VBR).

The MMSEZ development which is the largest single planned SEZ will cover an area of approximately 11 500 hectares of land situated along the N1 highway that connects South Africa to the SADC region and the rest of the continent via Zimbabwe.

The overall development will among others include the building of a power station, a coal mine, and a metallurgical complex.

The MMSEZ company says one of the project’s objectives is “to create 53 800 jobs of which 95% will be local jobs.” The total capital investment for the MMSEZ is estimated at approximately R247 billion.

But while talk of jobs in a country with an unemployment rate hovering at just over 30% brings hope to some, the Mulambwane community are worried.

“We don’t want any of the trees to be removed. Our baobab trees should be left alone. If you remove those trees without consulting us and our ancestors, nothing will go right for them [MMSEZ],” warned Elisa Mbilinganye on the sidelines of a public participation meeting into the project in Louis Trichardt recently.

Internationally awarded cultural activist Mphatheleni Makaulule whose organisation Dzomo la Mupo campaigns for the protection and restoration of sacred sites in the Vhembe area has added her voice objecting to the project.

“You cannot disregard spirituality. The children of this Mulambwane are going to suffer [if the baobabs are removed]. It is God who put them there. There is no parliament that put them there. How can you displace them? They [MMSEZ] say they want to remove the graves; how can you remove graves?” she said.

The exploration of mineral resources and its impact on indigenous communities and sacred sites remains a contentious issue across the world.

The United Nations Education, Scientific and Cultural Organisation’s (Unesco) state of conservation reported has noted that “globally, mining, oil and gas (exploration and/or exploitation) now stand as the 7th most important factor affecting the properties reported on during the World Heritage Committee sessions.”

The report further goes on to say that “the increasing trend of properties threatened by planned or existing mining as well as oil and gas exploration and exploitation projects appears to be especially notable with regard to natural properties in Africa.”

Unesco’s objective of all UNESCO Biosphere Reserves are to produce a long-term vision in the form of an integrated environmental management plan. The proposed project site is also less than 100km from the Mapungubwe National Park, a world heritage site.

“We are against the mine. The Chinese people cannot come and take our land. It belongs to our ancestors, we have our sacred places, we have graves. How do we perform our rituals? Very soon they will be telling us to remove those graves, where will we take them to?” said Tshiwela Tshihuwa, chairperson of the Mulambwane Communal Property Association.

In 1998 the Mulambwane community lodged a claim to their ancestral land under the Restitution of Land Rights Act 22 1994. The community was dispossessed of their land between 1915 and 1945 and again from 1967 and 1974. In 2008 their land comprising 17 farms measuring over 15 000 hectares. Part of the land was earmarked for residential purposes but most of it is currently being used for game farming managed by the CPA.

“The government is not treating us fairly because we hear that there is a Special Economic Zone coming in those farms but we, the landowners, the heirs, do not know anything about it. We have never been involved in any meeting or engagement. They should have started by talking to us as landowners, but it did not happen,” said Tshihuwa.

In March, the Limpopo department of economic development, tourism, and environmental affairs (Ledet) told Delta Built Environmental Consultants, which was contracted to conduct an environmental impact assessment report, that the public participation project conducted as part of the process was insufficient and incomplete.

In a letter signed by head of department Richard Zitha, the department raised issues including the conducting of public meetings in English rather than local languages saying it denied affected parties the opportunity to meaningfully participate in the proceedings.

The issue of language was further cast into the spotlight when a recent public participation meeting held in Louis Trichardt ended in chaos when a participant refused to accede to demands by elders present that he speak in TshiVenda, telling them curtly to return to school and learn English. The meeting was abandoned soon after when the attendees bayed for the man’s blood. The man had earlier criticised the use of interpreters saying they were wasting time.

Chief executive of Agri Limpopo, Deidre Carter, said the disruption appeared to be a well calculated move by members of CPAs that had already signed off their land rights for the development of the MMSEZ. She also raised concern about the public participation process, saying the public wasn’t afforded enough opportunity to make inputs.

Delta has cited the adjusted lockdown regulations for covid-19 as one of the major reasons for the interruption and delay of public participation meetings. In its letter to Delta, the LEDET further raised concern that the EIA report did not explicitly outline sources of water and energy supply, and that it could not make an informed decision on the project as the report was incomplete.

It further ordered that the “development must not commence prior to the Department deciding on the application.”

In the executive summary of the Environmental Impact Assessment Report Revision dated 01 February 2021, Delta notes that “the proposed development is in contradiction with the land uses of the area and a land use change will have to be undertaken.”

The report highlighted the fact that for instance, “the land use of the site is zoned as agricultural and the current neighbour of the SEZ is a hunting safari and lodge establishment.”

It further noted the fact that even though mitigation measures can be applied, however the loss of biodiversity on the site will remain high due to the protected trees, wetlands, aquatic features, and the cultural and heritage significance associated with the proposed site. “The application site falls within an area which has been minimally disturbed and can be classified as a near pristine bushveld wilderness area.”

The Mining Affected Communities United in Action (MACUA) national co-ordinator Meshack Mbangula said they are opposed to the development because “it’s a dirty energy sector. Secondly Musina Makhado [area] has scarcity of water. [It is a] heritage site. Baobab trees will be removed and lastly the project will need highly skilled people which means there won’t be any employment created because people here don’t have the skills.”

Although the authorities promise the project will bring a glittering future, Tshifhuwa is adamant this is not the kind of development the community wants.

“We refuse, even the youth is against it. That is what we are fighting for, we want our land back. We do not want the SEZ, our children have studied farming and businesses, we will develop the land ourselves. We want to stay on it, we claimed it so that we can stay on it, not to give it away.  Government must hear us. We don’t want the SEZ,” she said.

Carter raised concern that coal mining in the area would disrupt the agriculture sector.

Vhembe CPA chairperson Calvin Lishivha raised concern about the impact of the project on the already water scarce area.

“We want to remain with our land and produce food. We cannot trade our land to the Chinese for 99 years,” he said.

The area falls under the Vhembe District Municipality which mentioned in its draft 2020/21 IDP report that 70% of its population lives under food poverty line with income below R561.00, while 4% of its people are in the lower-bound line below R810.00 income and 13% are in the upper bound line below R1 227.00

“What will Mulambwane people benefit? Will they benefit death? We should not be killed for money. If we are poor, we are poor. What we grow in the back yard and eat is enough, we grew up like that.”

Sekhwama is worried that if the project goes ahead as planned, someday in the future his descendants may not be able to find the grave of his aunt to perform sacred spiritual rites. – Mukurukuru Media