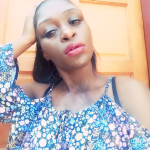 Matric learner Michel Bapela spends a great amount of time struggling to find water for her family at a time when she is supposed to be hard at work studying.

If she doesn’t fill up containers in her home with water before night falls, she will have no water to bath before school the next morning.

The 18-year-old is a learner at Lepelle Secondary school in Elandskraal village in Limpopo. Residents have previously taken the Sekhukhune District Municipality to court to compel it to provide water to its citizens.

Residents of the area known as Flag Boshielo West which includes the villages of Elandskraal, Dichoeung, Mbuzini, Regae and Morarela continue to be plagued by a dire shortage of water.

In the latest desperate move to get the municipality to act on the water shortages in wards 14 and 15, a Water Crisis Task Team and residents of Flag Boshielo handed in a memorandum of demands to the department of water and sanitation.

Their list of demands includes the appointment of a special ministerial task team to fast-track water supply in the village;  granting a water license for the Ephraim Mogale Local Municipality to supply water and collect revenue and an investigation into the procurement of tenders to place water tanks around the village. Jan Butibuti Mabuso, chairperson of the Ephraim Mogale Residents Association and coordinator of the Ephraim Mogale ward 14 and 15 Water Crisis Task Team said little has changed since the North Gauteng High Court ruling five years ago.

In 2017, the parties concluded a further interim agreement that the municipality would supply water tanks and fill them up with water at least five days a week. The municipality still failed to comply.

In November 2019 the municipality was held in contempt of court for failing to supply the villages with water. Residents say despite the court action, the water tanks are hardly filled with water and that even when the tanks are filled with water it is often contaminated and unfit for human consumption.

This lack of water has left residents with no choice but to buy water from independent suppliers or open manholes to access water for free. Residents also said they had been slapped with municipal bills despite not having water.

“The upgrading is now on practical completion stage, meaning it is being tested. All villages supplied by the Flag Boshielo plant will receive surplus of water supply once the water treatment works is commissioned,” Moloto said.

Limpopo premier Chupu Mathabatha said in his state of the province address for the current financial year that government is currently upgrading the Groblersdal Water Treatment Works. He said the project includes construction of bulk pipelines, reservoirs and pump stations to supply 40 villages in Ephraim Mogale and Elias Motswaledi local communities.

President Cyril Ramaphosa has also acknowledged the water problems in the area. He told a gathering in Tafelkop that “water supply problems have endured in various parts of Ga-Sekhukhune, affecting health and livelihoods.”

Meanwhile residents continue to suffer the negative impact of being without a reliable water supply.

A resident who opened a pre-school in Elandskraal in January last year, said they are struggling because they have only one water tank.

“We work with children. We are in the middle of a pandemic and this virus demands that we have enough water so that we can be able to provide a safe environment for the children,” said the resident.

“We approached the government in November last year and they told us that there are already a lot of pre-schools in Elandskraal. There are 42 children in the pre-schools. We take care of newborn babies to four-year-old children. Now we don’t have a garden because there is no water. If there was enough water, we would plant vegetables. It is important for children to eat healthy food,” said the resident who wanted to remain anonymous.

“We are struggling. We opened this poultry business in 2016.It has been difficult because poultry business has a high demand for water. We must make sure that we give the chickens water twice a day. The water we also use for household chores and consumption.

“It is important that small business remain open and thriving. We feed our families through these businesses,” said entrepreneur Elinah Malapane.

Mabuso said they will continue to fight for the right to access to water.

“The task team was formed solely to pressurize the authorities to implement the outcome of the high court case ruling which is to provide the communities with water,” he said.

“We have had Covid-19 cases and it was only by divine intervention that we were able to contain them. I worry that next time we won’t be so lucky,” he added. – Mukurukuru Media

Tsholofelo Ditowe – Journalist for Human Rights, Project: Mobilizing Media in the fight against Covid-19 in cooperation with Sound Africa and Media Monitoring Africa