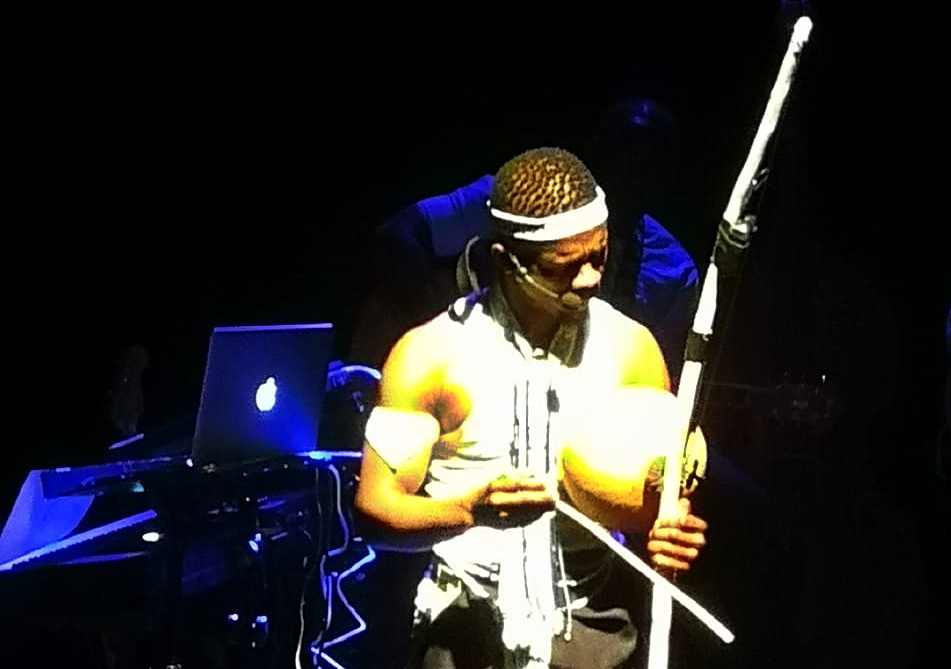 Watching Xoli Bongwana dance is magical, watching him sing on stage is an enthralling and healing experience.

From my humble knowledge of the local music, his performance from onset was resplendent of Jabu Khanyile’s influence. This punctuation was attested by his rendition of Khanyile’s popular number Sponky-Ponky.

So many exciting spiritual moments attends the ear trained in the South African Afro Soul/Afro Ballad/Authentic contemporary music with a twang of Xhosa with employment of other local languages such as Sesotho, Setswana, IsiZulu and a bit of mouth-beats.

Xoli B which is his stage name is an articulate, modest man with a distinctively mellow, soulful voice and the eagerness to be modest and humane with his audience.

His first music solo concert at The Lesedi at Joburg Theatre on Friday, 21 May and Saturday, 22 May 2021 titled UZURI, featured a six-piece accompanying band.

He continues to tease audiences who are highly anticipating his debut album, one feels like he has boarded a musical train treading on a spiritual journey of pan-African musical sensibility with a generic Afro-pop/fusion style. Most of his songs performed live had a common theme that is deeply rooted in his culture. There is a praise poetry here and an affirmation of African Humanism there.

He exhibited his choreographic prowess appearing on stage with his long-time fellow dancer Mandilakhe Gwashu. Talk about someone who knows who he is, narrating his autobiographical piece through praise poetry in his maternal and paternal lineage from clan to clan.

He pays homage to those many people who believed in him, such as Nhlanhla Mahlangu, who told him to come back to Johannesburg no matter how difficult it was to be in the big city.

The first offering Come Back Home was punctuated by a brief background story which many creatives can resonate with. A person leaves his village with full of hope to search for gold in Jozi only to realise this is only an illusion.

Appears in television and radios and newspapers where his village folks mistaken it to be rich, when you get to the village so depressed and frustrated with how the industry works, people around you don’t believe that you cannot even afford to buy bread or milk.

What’s interesting about Xoli’s music is his ability to incorporate into his music elements of African musical instruments such as mbira and uhadi bow which helps the South African ear feel at ease.

A fascinating thing happened on stage that night, more like a dream come true for me. Back in 2006 I had an album of Live Performance of Jabu Khanyile and Busi Mhlongo at the Market Theatre which I still love to this day.

When Xoli and Phumzile Zondo performed their duet, I felt the spirit of Khanyile and Mhlongo reverberating the entire Lesedi Theatre at the Joburg Theatre. Their voices, lyrics and performance must have made the now late legends dance wherever they are.

This musical outfit Uzuri, pays homage to those who came before us, who are now our musical ancestors. Talking about ancestors, Professor Es’kia Mphahlele observed: ‘We are closest to our ancestors, we have reverence for them. They are our intercessors. They know the pain and joy of living, so they are our main point of reference in our relation to the immediate world around us.’

The backing is provided largely by acoustic guitar played by Xoli, lead guitar by Kunle Ayo and percussions by Mpume Nhlapo, with occasional echoes of backing vocals by Zandile Hlatswayo and Thulisile Binda.

This is a quieter, more personal set, easing from the gently stirring, passionate drawn from genealogical prowess.

Xoli B’s artistry speaks of the contemporary richness of the arts sector that is picking itself up from a long lockdown period resulting from the instituted by global pandemic. His invocation on stage connects him not only to his Xhosa spirituality but to the higher as well as the audience.

His multifaceted voice journeys you through valleys, mountains, rivers whilst nudging into a complete mental trance long after you have left the theatre. He the future of the authentic artistic voices we must all watch out. This way I Salute him. I look out to his debut album.