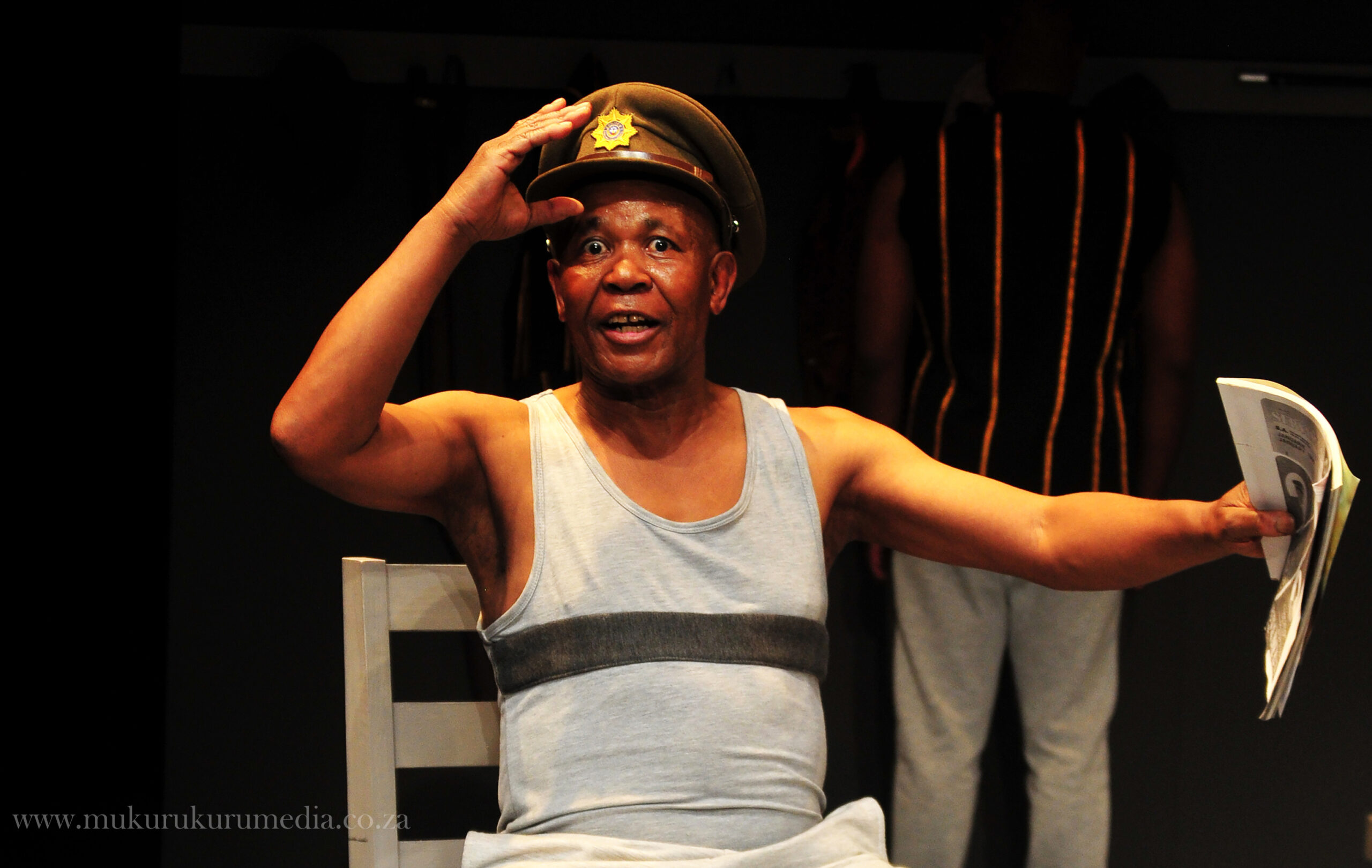 WAS it necessary for the South African State Theatre to bring back the 1980s protest stage play Bopha! long after the end of legislated apartheid and especially at a time when SA and the rest of the world is grappling with the covid-19 pandemic and other societal ills?

Should apartheid era productions like Bopha! born out of the ‘protest theatre’ era when performers and writers used their creative genius to challenge the might of the apartheid machinery and conscientise society about the negative impact of its policies, be forgotten and left to gather dust in SA’s rich theatre archive?

More than 25 years after the official end of legislated apartheid, is it perhaps time to move on from the apartheid story and allow a new generation of writers to take us through modern day challenges that resonate with today’s generation? Has Bopha! and other productions from that era had their time and should they, like senior citizens, be retired?

South Africa was a different country when Bopha! written and directed by Percy Mtwa premiered at The Market Theatre in 1985. The townships were under siege from a brutal police force. The streets were burning, people in the townships were dying in their thousands from police bullets. Many others, including children, were detained.

The PW Botha regime had imposed a state of emergency using its police and soldiers to crack down on dissenting voices against apartheid. Black policemen who despite wearing the uniform of the oppressor, were not spared the oppressive laws of the regime.

Yet they continued to enforce these laws against their own people with brute force. In the townships they were not only feared but were hated with a deep passion.

In those years when Mtwa’s play first took the country by storm, black policemen’s homes in the townships were targeted with the petrol bomb. Many black policemen were also killed. Others fled their homes.

Joining the police force then, perhaps even now, was often a last resort for young black men frustrated by a lack of job opportunities. Policing provided a passport out of poverty and desperation. But it presented a lot of challenges.

To their masters, black policemen were useful idiots in the crackdown against their own people. To the township folk they were the system’s useful dogs, onjandini.

In Bopha! Mtwa cuts down to the heart of this dilemma faced by black policemen then. He looks at the tension that engulfs the main character, Njandini, a policeman whose own brother who cannot find a job is left no choice but to join the force and his own son also later joins the police.

But as fate would have it, the son and junior brother to Njandini find themselves facing a moral dilemma in the police force which eventually seems them rebel against the system.

It is a heavy story, presented with lots of humour and powerful dialogue that provides rich historical context.  It’s a story that makes one to think and reflect as it deals with the question of a policeman’s moral and legal conscience.

While the play itself dates back over 35 years, Mtwa believes its central message remains relevant not only to SA but way beyond our shores.

He reasons that SA continues to suffer the effects of a militarised police that seems to believe the use of brute force, especially against the poor and marginalised people, equates to effective policing.

He cites the Marikana massacre in which police opened fire and killed 34 mineworkers in August 2012 as a glaring example of the ongoing challenge of militarised policing.

There have been many other incidences of police brutality in recent years, including the killing of Andries Tatane, Mido Marcia and which have once again hardened attitudes towards police.

Under apartheid police action led to many deaths in detention especially of political activists. Their complicity was often protected through cover ups orchestrated from the very top echelons of the force and supported by a biased judiciary and politicians. Was this not perhaps the same script that played out after Marikana in 2012?

And within this environment where police seem to generally hold the view that the only language the public understands is force, there were and still are police officers who try to exercise restraint and implement humane policing like the two characters in Bopha!

Mtwa believes the message from the play remains relevant especially to the ‘born free generation’ who never experienced police brutality under apartheid but are still confronted with the same challenge under a democratic state.

He points to the ‘I can’t Breathe Movement’ that grew after the brutal killing of US citizen George Floyd that the issue of violence by police goes beyond our borders. And by staging Bopha! in 2021, perhaps best illustrates the importance of drawing from the past to understand the present.

Mtwa was forced to take to the stage following the last-minute withdrawal of Bheki Mkhwane allegedly due to health issues. Until then he was comfortable to work behind the scenes as director until SA State Theatre artistic director Aubrey Sekhabi whispered there was no other choice.

“I froze,” says Mtwa who says making the transition from director to actor in such a short space of time was challenging.

“But now I’m having fun. The piece is beginning to unfold like a well-oiled machine,” he says.

Performing along two actors from a completely different generation, Tshallo Chokwe and Terrence Ngwila has helped energise the legend who has toured the world with the production.

“They have done amazingly well. It feels good [working with them], it’s like father and son,” Mtwa says with his trademark chuckle.

Sometimes reviving such a powerful classic with a completely different cast brings up expectations for the new actors to live up to the original members.

“The aim was not to compete with the original production. The guys have worked so hard and I’m truly satisfied,” he says.

Mtwa notes that the show has been receiving standing ovations since it began its run on May 25.

Today the townships are under siege from rising crime and an inept local government that has seen a rise in protests. Just like in the 80s police are always called in to quell these protests. And they do so, almost always, using force. The general view of police in these societies remains that of onjandini, useful dogs often unleashed by the system against the people.

Therein perhaps, lies the answer to whether it was relevant and necessary to bring back Bopha! in 2021.

History, they say, is not the best teacher. But perhaps one can argue that history is the best teacher, only that its students, fail dismally, continuously to learn from it.

Bopha! and other productions crafted decades ago remain as relevant a foundation to our history and future as the pyramids of Giza and the ruins of Mapungubwe.