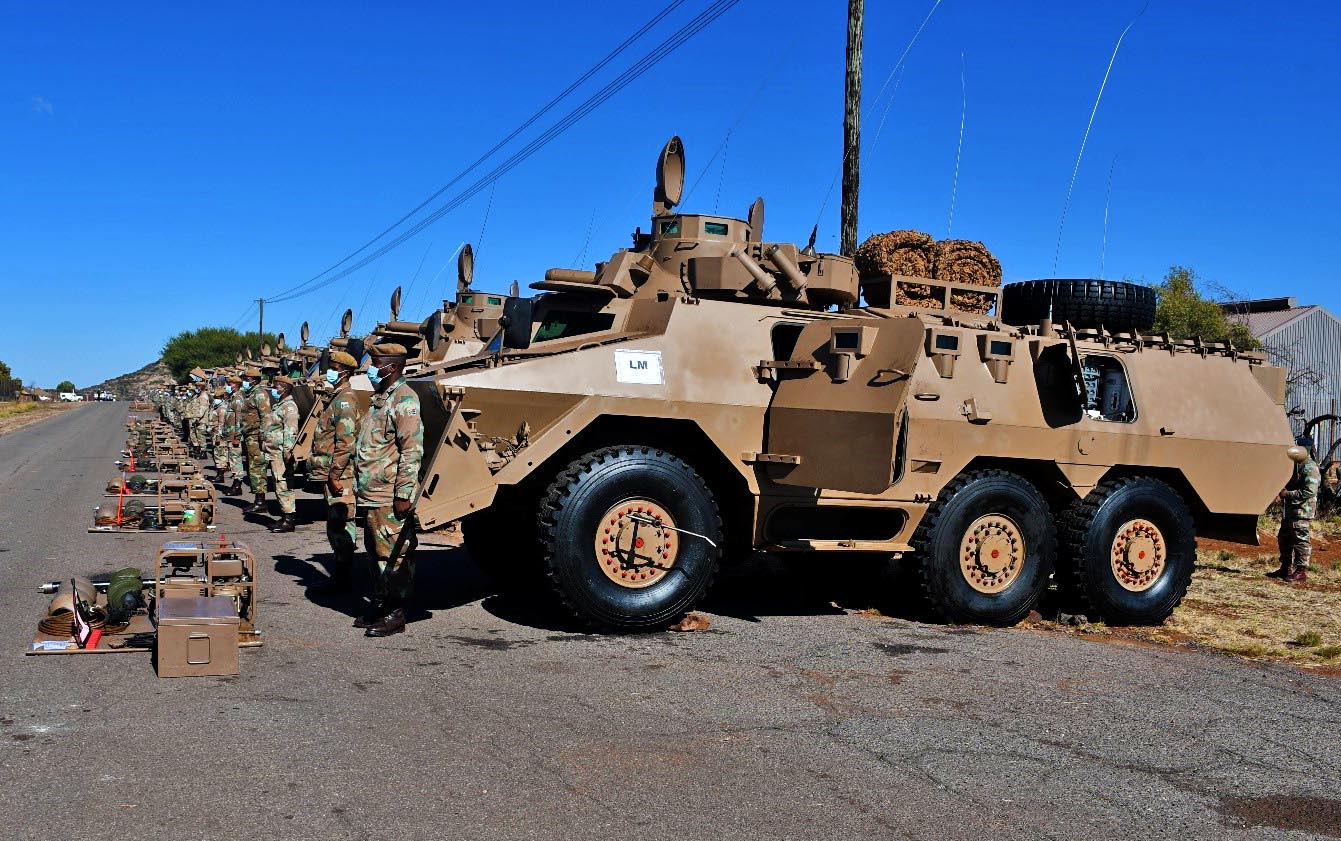 The Chief of the South African Army Lieutenant General Lawrence Khulekani Mbatha conducted an intensive inspection on the Prime Mission Equipment for the Modern Brigade at the South African Combat Training Centre, in Lohatlha Military Area, in the Northern Cape.

The detailed inspection revealed that the ‘Pride of the Lions’ has done remarkable groundwork in the shaping up the concept of the Modern Brigade.

The outcome of the stable parade provided a reality with regard to the dedication, commitment, interconnectedness and collective approach by SA Army commanders and their staff functionaries.

The exercise gave a clear indication that a lot of progress has been done in moving with responsible speed towards the practical phase of the establishment of this rapid reaction force capability.

The magnificent readiness has to a large extent swiftly cascaded further to the tactical commanders of various applicable units in the SA Army.

The enthusiasm displayed by the members lived up to the South African Army’s theme for the financial year 2021/2022: “To define and refine command and leadership as a critical success factor for the restoration of the dignity of the SA Army to its rightful glory.”