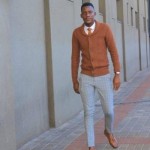 The National Assembly has extended to 31 August the deadline for the ad hoc committee working on the amendment to Section 25 of the Constitution to allow for expropriation without compensation.

As in many other countries, expropriation has been part of South African law for decades.  But the new changes will allow the state not to pay for land, to allow expropriation for land reform in particular. The bill says property can only be confiscated when it serves a public purpose or is in the public interest.

The Expropriation Bill is aimed at providing the mechanisms for and the circumstances under which land may be expropriated with and without compensation as envisaged by section 25 of the Constitution.

In February 2018, the National Assembly adopted a motion proposed by the EFF, with amendments by the ANC that Parliament’s Constitutional Review Committee investigates mechanisms through which land can be expropriated without compensation.

The Joint Constitutional Review Committee was mandated by the National Assembly and the National Council of Provinces to propose the necessary constitutional amendments where applicable with regards to the kind of future land tenure regime needed.

The EFF wants the state to take custodianship of all land, while the ANC proposes a system of mixed ownership, which allows for private ownership and state custodianship, for instance, in the case of communal land.

Committee chairperson Dr Mathole Motshekga says the proposition that the committee could fail to come up with an amendment is “too ghastly to contemplate”.

However, he is satisfied there is “political will” from the parties on the committee to find a “harmonious solution”.

If the state and those whose land is being expropriated cannot agree, then a court will decide what compensation is just and equitable, and thus constitutional. This is the current, amended constitutional position on property rights. This position was affirmed by the Constitutional Court 18 years ago.

It has taken years to get to this point when the different law-making processes coalesce. A constitutional amendment to expressly allow expropriation without compensation still needs a law of general application to give effect to such a stipulation.

The proposed amendment reads: “A court may, where land and any improvements thereon are expropriated for land reform, determine that the amount of compensation is nil.”

The critique is on public record, not only in countless academic research papers, but also in the 2018 High Level Panel report chaired by ex-president Kgalema Motlanthe.