How a township girl outran Apartheid 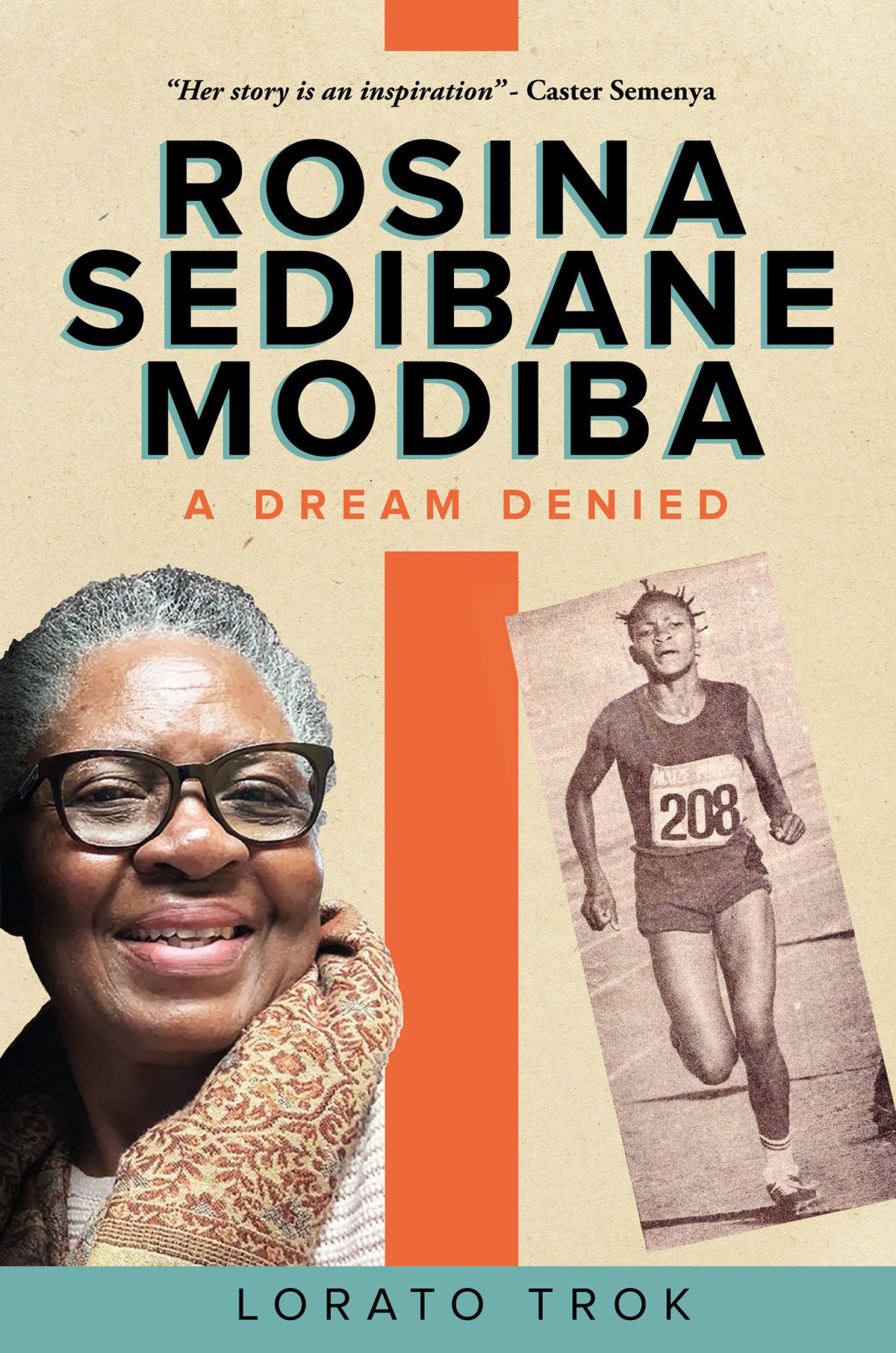 Rosina Sedibane Modiba’s star on the athletics track was on the rise during the repressive 1970s when the Apartheid state was cementing its grip on power after crushing the black resistance in the early to mid 1960s.

With the banning of political movements, the sweeping arrest of leaders mobilising people against its policies, the execution of many others at the gallows and with many more fleeing into exile, the Apartheid state seemed in total control during the 70s.

In this book titled Rosina Sedibane Modiba – A Dream Denied [New Africa Books 2021], author Lorato Trok details school girl Sedibane Modiba’s battle against the odds as she rode the crest of the wave in athletics during this volatile period.

This was a time when the lives of African people were micro managed and made harder by the repressive laws that sought to control every aspect of their existence. As a black athlete competing against whites when racially integrated sport was only being introduced, Sedibane Modiba found herself always having to deal with the effects of institutionalised racial segregation.

Although this book is more a biographical account of a gifted township youth shining in the sporting world, Trok perfectly contextualises it around the prevailing political situation of the time that made South Africa an abnormal society.

An example of this is contained in Chapter 8 when Sedibane Modiba was set to fly to Windhoek in Namibia, known then as South West Africa to compete in a 400 and 800 metre race meeting there after coming third at the Ford Invitational in Port Elizabeth in February 1978.

Then Namibia was under Apartheid South Africa’s occupation and black people in that country were also not spared the inhumane system’s laws. Trok writes: “Rosina and her team were prevented from boarding a commercial flight to South West Africa, and were instead forced to cram into a military cargo plane.”

Sedibane Modiba faced many similar challenges especially when travelling to races. Transport and accommodation facilities were racially segregated, with those for black people often inferior, leading to long, tiring trips that surprisingly didn’t stop her from winning.

Even the venues where she competed against white athletes were racially segregated, making it impossible even for her own parents to watch her in action in some instances.

But what’s interesting in all this is that despite these odds, Sedibane Modiba always won on the field, something even the might of the Apartheid state could do nothing about. Trok also details how during the June 16 1976 uprising, Sedibane Modiba escape death when a bullet fired by Apartheid police grazed her head as she fled for dear life.

This is an incredible story, a sad story also, a story of courage and guts, told in a creative but accessible style that makes for easy, yet engaging reading.

Trok writes that Sedibane Modiba was spotted by US Olympic athletes Tommie Smith and John Carlos who came to South Africa in 1976 to conduct sports clinics in the townships.

One of the athletes spotted by the duo who had become icons in the battle against racial discrimination by marking their 1968 Olympic victory giving the black power salute was Sydney Maree.

Maree who like Sedibane also came from Atteridgeville, eventually went on to carve a glowing international career living in the US after being spotted by Carlos and Smith.

But Sedibane Modiba’s life turned out differently. While Apartheid made her rise to the top a laborious journey, in the end it wasn’t this crime against humanity that eventually denied the promising athlete her dream.

It is perhaps best to leave the reader to find out details of this tragic development as captured by the author somewhere in the pages of the book.

Other work by author