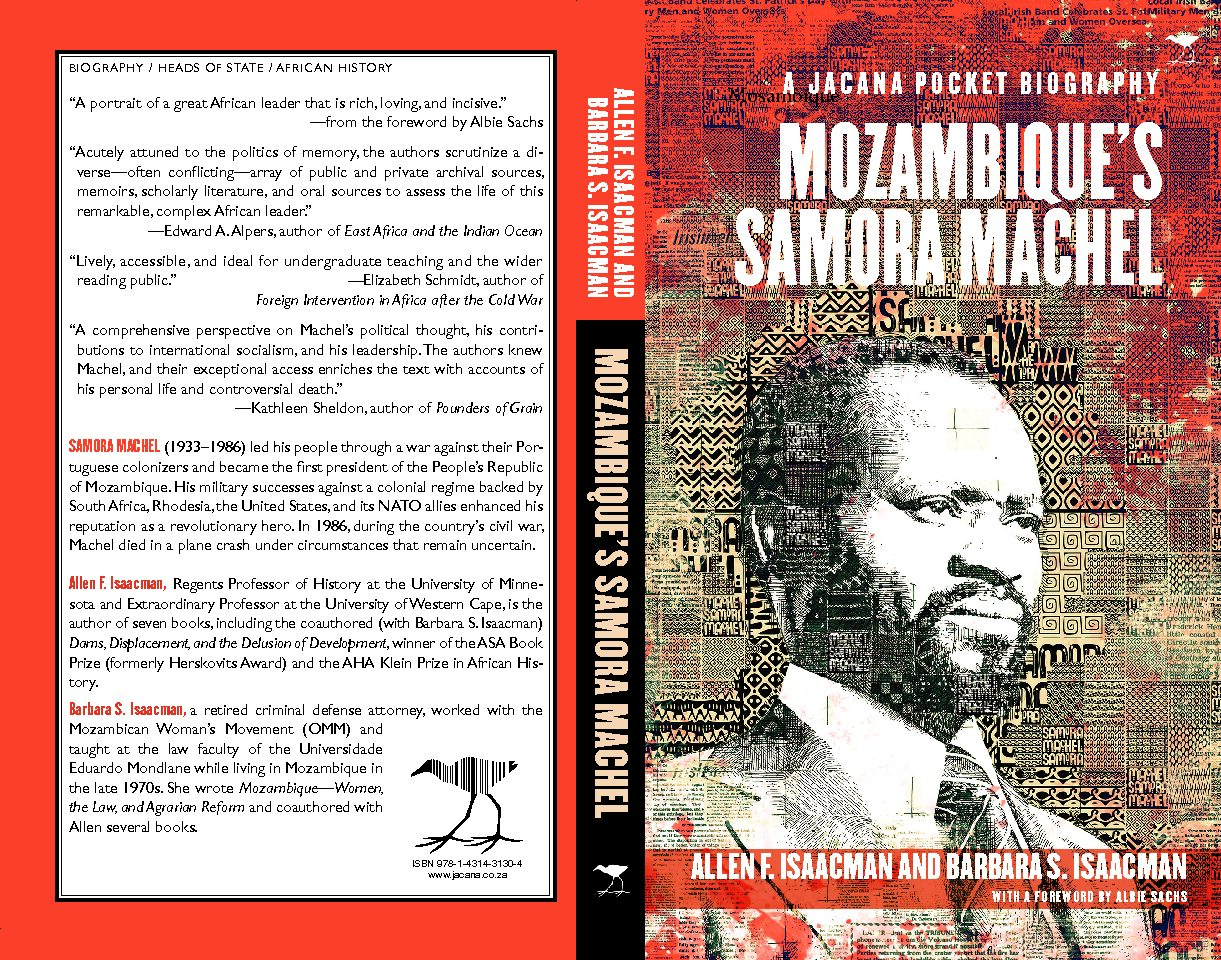 IN 1926, a military coup brought down the Lisbon government. Four years later, António Salazar came to power, ruling Portugal and its colonies for over forty years.9 Salazar premised his colonial strategy on two broad propositions—that the colonies must remain a permanent part of Portugal to advance its international standing and strengthen its economy, and that Portugal’s role was to “civilize” the Africans.

To bolster the metropolitan economy, Mozambique was expected “to produce the raw material and sell it to the Mother Country in exchange for manufactured goods,” which necessarily required the continued exploitation of cheap African labor. The Salazar regime paid only lip service to its civilizing mission: in 1941 it made the Catholic Church responsible for educating Africans up to the third-grade level, which clearly was insufficient to lead the African from “a savage to a civilized life.” The only exceptions were the small number of assimilado children who were allowed to attend European schools.

Medical treatment was also primarily reserved for the settler community in the urban centers. Health facilities in rural areas remained virtually non-existent. Only a handful of doctors worked in the countryside and the state allocated limited funds for rural health services. Africans’ poor diets and the lack of medical facilities and sanitation systems made them highly susceptible to infections and parasitic diseases, such as cholera and smallpox, and diseases caused by malnutrition, such as kwashiorkor.

It was into this harsh, uncertain, and often violent world that Samora was born. His first name came from a maternal uncle, Samora Mukhavele, who fought in the Portuguese army during World War I, battling German forces in northern Mozambique, and came back with tales of far-off insurrections there.

Samora also revelled in the exploits of his grandfather Malengani and listened intently as his father, mother, and especially his aunt Malungwanya Machel—who was remembered as a “living library” — described in detail the exploits of family members dating back nine generations. Elders also recall that as a boy Samora often rested under a large tree that was a symbol of Gaza resistance, musing on the past. History was clearly one of his early passions.

Singing was another. Samora was brought up in a culture in which music was an integral part of daily life. People sang when they were happy and when they were sad. They sang at births and deaths and other critical moments in the life cycle. They sang while working in the fields and herding cattle. Samora was no exception.

Thanks to the labors and sacrifices of his parents, Samora was born into a relatively prosperous family. Beginning in 1912, his father, like thousands of other young Mozambicans, avoided chibalo by trekking long distances to the South African mines. Dangerous conditions meant that many Mozambicans suffered from rockslides, industrial accidents, contagious diseases, and even death—conditions that adversely impacted the Machel family in many ways.

When Samora’s eldest brother died in the mines, the mining company sent forty pounds as compensation. Other relatives came home without limbs, blind, or deathly sick from tuberculosis or pleurisy—for which they rarely received even token compensation. Nevertheless, men kept going back and some rural families, including Samora’s, whose father worked there for nine eighteen-month periods, became relatively affluent as a result.

Samora never forgot their suffering. Half a century later he spoke of his pain and anger with Allen and António Alves Gomes as they walked along the white sands of Wimbe Beach in Pemba, taking umbrage with those who criticized him for signing the unpopular Nkomati Accord with the apartheid regime. “I have spent my life fighting apartheid and there is not one day that I do not remember the suffering [the South Africans] caused my family and the people of the region.”

Samora’s mother and thousands of other women were left not only to perform the household labor necessary to sustain the family, but also to chop down trees and clear brush to create the maize and sorghum fields and small vegetable gardens they spent long hours cultivating. Some of these more strenuous tasks had been performed by women even before colonialism because men were often absent for long periods of time, hunting or visiting relatives. After the opening of the mines, Guguiye had to learn how to plow with the draft animals purchased with her husband’s wages, despite local taboos that barred women from such tasks.

By 1926, Mandande and his family no longer lived off his wages from the mines. They had become successful farmers, using his four plows and animal traction to cultivate upwards of sixty acres in the rich alluvial soils adjacent to the Limpopo River and selling their agricultural surplus at local and regional markets. By the time Samora was ten, he was working in the family cotton fields and learning how to use a plow. Forty years later, Samora’s father proudly told Allen that Samora “worked very hard and was very respectful.”

Nevertheless, the family’s relative prosperity was precarious. African farmers were forced to sell their produce at artificially depressed prices because colonial administrators fixed prices in ways that privileged European producers. In a 1974 interview, Samora complained that “we would produce and sell one kilo of beans at three and a half escudos while the European farmers produced and sold at five escudos a kilo.” European merchants would then resell the beans to Africans for almost double the buying price.

Despite their lack of control over the markets, Mandande and other farmers worked hard and were able to save some of their income, which they reinvested in cattle and agricultural equipment. A handful of prosperous farmers who, like Samora’s father, had been schooled at Protestant missions were even recognized as assimilados. Although his family benefited from this relatively privileged status, it never blinded Samora to the suffering of those around him, and he was very critical of those who internalized the colonial civilizing myth and tried to emulate the Portuguese.

Samora was raised in a stern, but loving, home. His deeply religious Protestant parents bestowed upon him the middle name Moises to honor both his father and the biblical figure who led his people out of captivity. A half-century later at the time of his father’s death, Samora described him as a “soldier, successful cattle-keeper, innovative farmer, and a moral giant who fought against paganism, against witchcraft and alcohol. But above all else he was like a giant tree whose resolve against colonialism never wavered.” Although there is no evidence that Mandande was involved in early nationalist activities, like many of his generation he instilled in Samora a sense of pride in his African past and encouraged his son to think critically about Portuguese rule.

Samora’s mother, according to family friends, was a powerful woman in her own right from whom he inherited his self-confidence, defiant attitude, and great pride in his African past. She devoted herself to organizing and maintaining the Compound Mission, a Free Meth- odist church. When in 1937 Roman Catholic priests, aided by colonial authorities, pressured members of her community to convert to Catholicism, she mobilized fellow church members in opposition. Under her watchful eyes, Samora went to church weekly and listened to pastors preach the virtues of hard work, discipline, education, and righteousness. He continued to espouse these values throughout his life.

We know precious little about Samora’s early childhood. Like most prepubescent boys, he spent much of his time herding. While the cattle grazed, he and his agemates engaged in stick boxing (mugayiso), wrestling, and fist fighting. To avoid powerful blows to the head, stick boxers had to be dexterous and fast. From these activities Samora developed a passion for martial arts and boxing.

His children recalled that he continued to take pride in being a champion stick fighter and insisted that this skill had helped him to think strategically in battle.

Those who knew Samora in his youth remember him in different ways, but all agreed about his strong personality. His classmate and lifetime friend Aurélio Manave described him as “competitive and prone to argue if things were not going in the right direction.” His cousin Paulo remembered his early bravery, describing the time a calf was caught by a crocodile after wandering to the river’s edge. Alerted by another herder, Samora impulsively jumped in the water and threatened the crocodile by screaming and waving a stick. When the frightened beast released the calf, Samora pulled it out of the water by its tail and treated its wounds. Although this story may be apocryphal, it is still told widely in the region.

Over time, Samora increasingly encountered the harsh colonial world beyond his home. Lisbon’s grant to the Catholic Church of a monopoly over the education of virtually all African children meant that, if Samora wanted to be educated, he had to attend the Catholic native school at Uamexinga, five miles from his home.

This was a windowless cement structure divided into a handful of classrooms where students spent the mornings receiving rudimentary training, with an emphasis on religious education and physical labor, and the afternoons cultivating cash crops and foodstuffs for the church. Because African students were considered inferior, their teachers regularly failed them. Samora’s classmate Aurélio Manave remembered that “on average black students had to attend six years of primary education to complete a three-year course.”

It took Samora two years to complete the first grade, after which he was expelled—possibly because of his defiance. Indeed, it was during this period that his classmates began referring to him as “the rebel.” Others suggested that the expulsion was due to his Protestant affiliation. Whatever the case, he returned to his family kraal and herded cattle for two years before his father insisted he return to the school. Despite numerous conflicts with his teacher, Samora managed to complete third grade in 1948 at the age of 14.

By the time he enrolled in fourth grade, Samora had become a voracious reader with a passion for learning. He was preparing for his fourth-grade examination when church officials informed him he could only take it if he converted to Catholicism.

It was authored by Allen F. Isaacman and Barbara S. Isaacman with a foreword by former SA Constitutional Court judge Albie Sachs