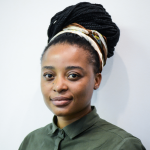 The Covid-19 pandemic and recent looting in South Africa have been stark reminders of the resilience and roll-up-you-sleeves attitudes of under-the-radar citizens, says non-profit organisation, Inyathelo.

They have contributed to “keeping our society functional, and democracy alive” and on this World Humanitarian Day, the non-profit salutes the role of ordinary citizens and civil society organisations.

The week of looting and violence dealt another severe blow to the country’s already ailing economy amidst the third wave of the Covid-19 pandemic and harsher lockdown restrictions.

Many businesses across different sectors in both the formal and informal parts of the economy were forced to close to ensure the safety of their employees and customers. Thousands who were employed at affected businesses have also been left jobless

Economists at the Bureau for Economic Research (BER) noted that the most immediate and direct impact on GDP was the loss of household consumption and industrial production in KZN and, to a lesser extent, Gauteng. They also said the looting would weigh heavily on consumer and business confidence for some time and could potentially impact consumer and spending behaviour.

But even with all this gloom, the Covid-19 lockdown has seen the mushrooming of Collective Action Networks (CANs) in neighbourhoods across Cape Town. Many CANs have partnered across long-established geographic and socio-economic boundaries, such as the collaboration between the Sea Point and Gugulethu CANs.

In the words of Gugulethu CAN administrator Pamela Silwana, “We did not wait for government to help us, but showed solidarity.” Working within these organisations in soup kitchens and workshops has given many people, particularly unemployed youth, a greater sense of meaning and purpose, says Inyathelo.

“Individuals and civil society organisations have reminded us of the power of positive action, rather than helpless resignation. There is also greater public awareness of the extraordinary role played by not-for-profit and disaster relief organisations such as Gift of the Givers, which has delivered over R3-billion of aid to 42 countries,” says Nazeema Mohamed, Executive Director of Inyathelo.

The United Nations (UN) World Humanitarian Day is held on August 19 each year. This day was designated in memory of the 19 August 2003 bomb attack on the Canal Hotel in Baghdad, Iraq, killing 22 people, including the chief humanitarian in Iraq, Sergio Vieira de Mello. In 2009, the United Nations General Assembly formalised the day as World Humanitarian Day to serve as a reminder to honour those who promote humanitarian causes, and aims to increase public awareness about humanitarian assistance activities worldwide and the importance of international cooperation.

This year, the UN is highlighting the immediate human cost of the climate crisis by pressuring world leaders to take meaningful climate action for the world’s most vulnerable people.

Inyathelo offers numerous resources for non-profits and civil society organisations which include articles, publications, training videos, toolkits and research reports. Most of these can be accessed free, online, and the organisation is also readily available to answer questions and provide advice.

“This Humanitarian Day it is appropriate that we honour and support those citizens and civil society organisations that have taken a stand in their communities and defended democracy against out-of-control corruption and delivery failure. Organisations such as Corruption Watch and the Organisation Undoing Tax Abuse, and the work of investigative journalists, have exposed both individual and collective abuses of power,” Mohamed further says.