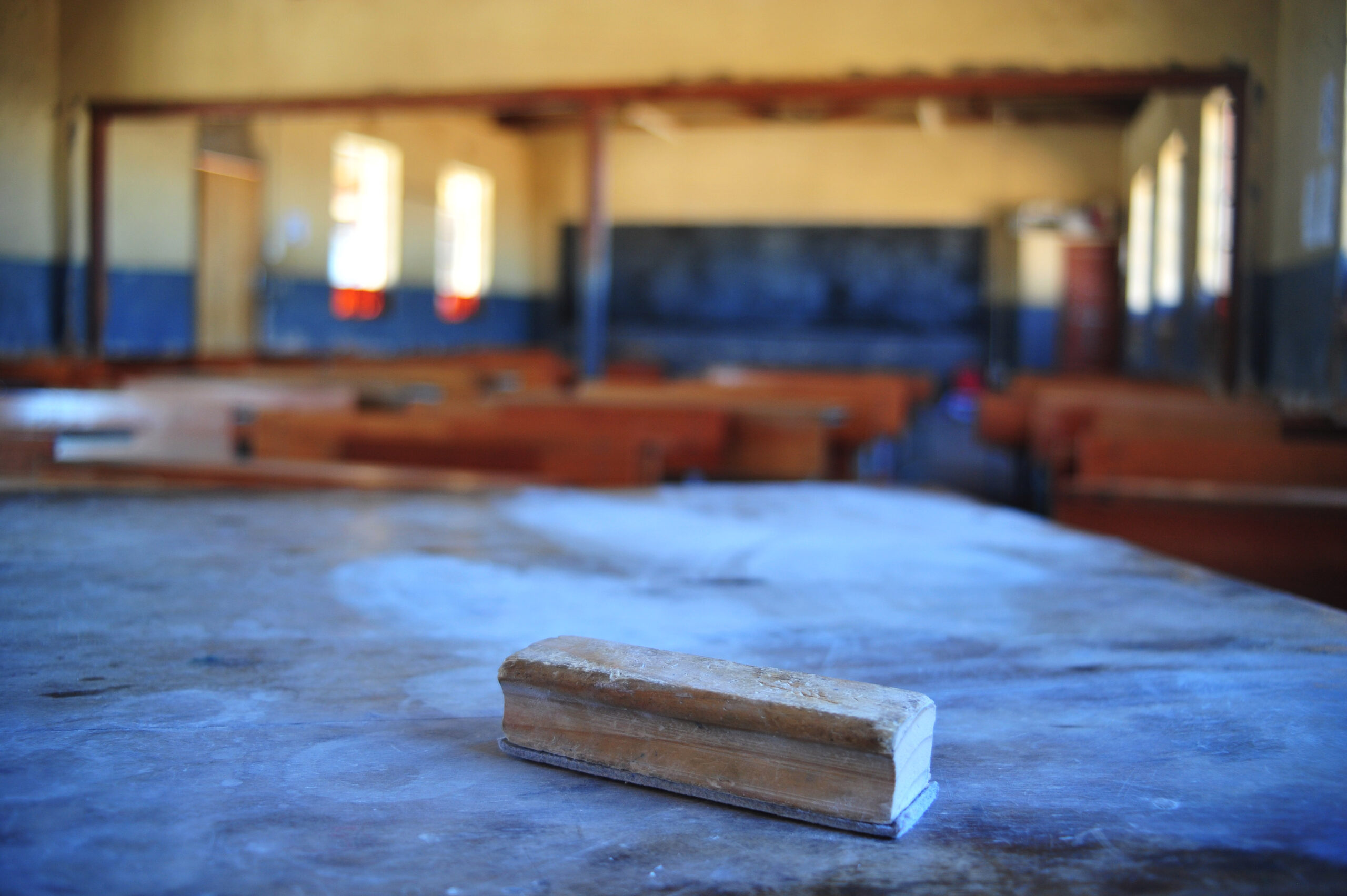 The use of language in education and learning remains a hotly debated topic.

In this doctoral thesis titled A model for mathematics teachers to promote English as a Second Language ESL acquisition through questioning strategies, Dr Maureen Ledibane explores the role of language in mathematics teaching and learning

The role of language in mathematics teaching and learning

According to Barwell (2008:2), mathematics is about relationships between numbers, categories, formulae, geometric forms, symbols, variables, etc., and these relationships, which are abstract in nature, require language to express them. Therefore, mathematics does require language. In fact, it depends on language to be understood by learners as it is shown in the different types of languages discussed in chapter two of the thesis.

According to Thompson and Rubenstein (2000:568), language plays at least three crucial roles in our classrooms, namely:

The important role of language in mathematics learning is succinctly captured below:

Language is the cement that allows us to build upon prior knowledge learning.

The above quotation implies that the role of language in mathematics determines learners’ success or failure in as far as learning mathematics is concerned. It is, therefore, not surprising that language has also been considered as one of the contributing factors that hinder mathematics teaching and learning for ESL and bilingual learners in some of the factors discussed below.

Some factors that hinder mathematics teaching and learning

There are many factors, inside and outside mathematics classrooms, which affect learners’ performance in mathematics. The 2011 TIMSS (Trends in International Mathematics and Science Study) and PIRLS (Progress in International Reading Literacy Study) (Mullis et al., 2011) revealed factors, such as, learners not speaking the medium of instruction at home, among other things. The results show that only 26% of learners always speak English at home. These factors relate to English, the medium of instruction (MoI), and also the language of learning and teaching (LoLT).

English as a Medium of Instruction (MoI)

The problems regarding our learners’ failure to do well in mathematics, according to Fleisch (2008), can be attributed to the “straight-for-English policies and early exit from mother-tongue” in primary schools in South Africa, where the majority of learners actually speak English as a second or third language. In fact, Fleisch (2008:98) asserts that less than one South African child in ten speaks English as their first language, and that is a very small number indeed, as confirmed in Howie (2003). In addition, the policies for changing the medium of instruction not only affect learners, but also most of the teachers who also speak English as their second or third language, and, as a result, experience language-related obstacles that hinder learners’ performance in mathematics1.

In studies conducted in Malaysia (Yahaya, et al., 2009), the United States of America (Khisty & Chval, 2002), and in South Africa (NSC, 2009), after the policy to change the medium of instruction from their native languages to English was implemented, the results showed that teachers and learners had a number of problems that affected learners’ performance in mathematics. Some of the teachers and learners’ findings are summarised below.

The results of the different studies showed that teachers resorted to teaching mathematics in a mixture of both mother tongue and English (Yahaya et al., 2009:142). The use of mother tongue, according to Hong (cited in Yahaya et al., 2009), will not only affect the learners’ language development, but also discourages the learners from using the target language. The teachers also maintained that learners’ low proficiency in English was the main cause for using their mother tongue in mathematics classrooms.

ESL teachers not fluent in English

The study in Malaysia found that as a result of using Malay due to their being not fluent in English, teachers encountered problems when explaining concepts to learners as they lacked the necessary skills to teach English. This was confirmed by 85.2% of the respondents, and 81.8% admitted using Bahasa Melayu, one of the Malaysian indigenous languages that is used as a first language (L1), to give explanations when faced with a breakdown in communication when using English. Similarly, in South Africa, English as a MoI affects most of the teachers who do not have English as their home or first language (Setati et al., 2008:14).

In an attempt to empower teachers, the Ministry of Malaysia provided them with self-learning materials, such as, multimedia courseware and grammar books. However, the respondents interviewed claimed that the materials were more suitable for teachers and learners who are proficient in English as they had trouble following the content presented because of language difficulties (Yahaya et al., 2009: 144). Similarly in South Africa, according to Howie (2003:14), 50% of the population live in rural areas, where there are limited resources and facilities, and a large percentage of under-qualified teachers experience problems with materials that are aimed at proficient English speakers.

In a study that observed 23 ethnically diverse classrooms in the USA, researchers found that in the core academic subject areas, teachers only spent 1.4 % of instructional time on developing vocabulary knowledge (Scott & Noel, cited in Taylor, 2009:7). The reasons for this could be similar to obstacles mentioned by the respondents in the Malaysian study, who indicated that they were unable to use self-learning materials such as multimedia courseware and grammar books provided by the Ministry due to lack of time. As a result, learners are not sufficiently taught mathematical discourse, which, if taught, would assist learners to understand lessons in mathematics classrooms.

Other difficulties ESL learners experience relate to the traditional teaching approaches used by teachers, such as, teacher-centred learning in mathematics classrooms, which result in learners losing confidence in the subject, as pointed out by Thijse (cited in Jagals & van der Walt, 2013:9). In such traditional settings, learners sit passively in class, listening to teacher-talk, and that does not encourage engagement in the learning of the subject (Taylor, 2009:7). English being their second, third, fourth or additional language (in the S A context), makes it difficult and almost impossible for them to come up with strategies and activities, used in ESL classrooms, that would make learners enjoy the subject.

English as the Language of Learning and Teaching (LoLT)

The problem of learners’ poor performance in learning mathematics is related to English, the language of learning and teaching in most of our South African schools. This problem is not limited to South Africa’s ESL learners only. In the United States of America (USA), where mathematics is also taught using English as the LoLT, learners experienced problems understanding the content as well as the questions asked by the teachers. In a study by Khisty and Chval (2002:156) conducted on Latino learners in Illinois, researchers found that learners in mathematics classrooms had to first acquire the language of instruction, English, and then the language of mathematics, which is different from the language of conversation. For example, in the expression y = f(x), where f stands for the word “function”, a word that is different from the normal everyday meaning of the word ‘function’, and that creates an additional burden for the learners who have to first battle with understanding the language of instruction used in questions as well as the complex mathematical discourse, before comprehending mathematical concepts, generalisations and thought processes.

The issue of English, the MoI and LoLT, as a factor for learners’ poor performance in mathematics, was also pointed out in the Mathematics Examiner’s report on the candidates’ performance in the November 2009 Mathematics examination Paper 1 consisting mostly of questions based on algebra, financial mathematics, equations and functions. Further comments on learners’ problems with the language of instruction are found mostly with regard to Mathematics examination Paper 2 which consists mostly of questions based on geometry and trigonometry (NSC, 2009).

The difficulties indicated above are experienced by all ELL and ESL learners when they are faced with test and examination questions phrased in English. The difficulties are a result of the language of mathematics being “limited largely to school” (Thompson & Rubenstein,2000:568), unlike the common English words that learners can hear, read on a daily basis from newspapers, television programmes, and other media sources. This is also confirmed in Biro et al. (2005:1) where it is stated that learners do not pick up academic English subconsciously by talking to their friends, because it is not used in casual conversations.

The examples given in the examiners’ reports include some of the types of questions learners did not understand due to the language and the vocabulary used in mathematics examination question papers. The problem could be that teachers do not use the types of questions that improve learners’ comprehension of mathematical problems in their classrooms. The imperatives or commands used give learners instructions on what to do with regard to the problems given, without creating opportunities for learners to use and acquire English in the process. Probing imperatives like Explain how you got the answer are used to a limited extent. For example, in the Grade 11 classroom mathematics prescribed book, the imperative Explain your answer, appears once in chapters one to seven (Laridon et al., 2006:165).

According to Lee (cited in Taylor, 2009:7), mathematics teachers are not motivated to know their ESL learners, their culture, or their families, and as a result, “learners’ poor performance is not only accepted, but expected”. Biro et al, (2005:18), advise mathematics teachers to respect ELL and English SLA learners’ customs by incorporating their languages and cultures within the classrooms, and communicate a message that says individual identities are valued. For example, learners may come from a culture where it is inappropriate for learners to express their opinion supported by evidence of thinking as expected in mathematics classrooms. Also, it may be inappropriate for some ESL learners to refer to the teacher using the second personal pronoun ‘You’ but instead say ‘the teacher’, as it is the case with learners speaking Setswana as a first language, thus confusing the teacher and other learners who do not understand Setswana and other cultures in the process. Therefore, teachers should adjust their teaching strategies to respect learners’ customs.

The discursive practices are used to assist learners to comprehend lessons, to process and interact using the language, to produce output, and to receive feedback in both ESL and mathematics classrooms. Discursive practices in this study involve the use of questions, questioning techniques, and teacher strategies used in mathematics classrooms, and these are discussed in chapter 8 which elaborates on the Planning Tool to promote Questioning Skills (PTQS) the researcher has designed to assist mathematics teachers to prepare learners for new content; assist learners to practise new content; provide learners with opportunities, to produce output; and to receive feedback on their utterances.

1 It should be noted that English as a second language (SL) in South Africa, is not necessarily a second language, as it might be a third, fourth or fifth language – that is why in our curriculum it is referred to as an additional language (AL).

‘Hey brother we will Kill you…’