Honour for man of God Shikwambane’s lifetime of service 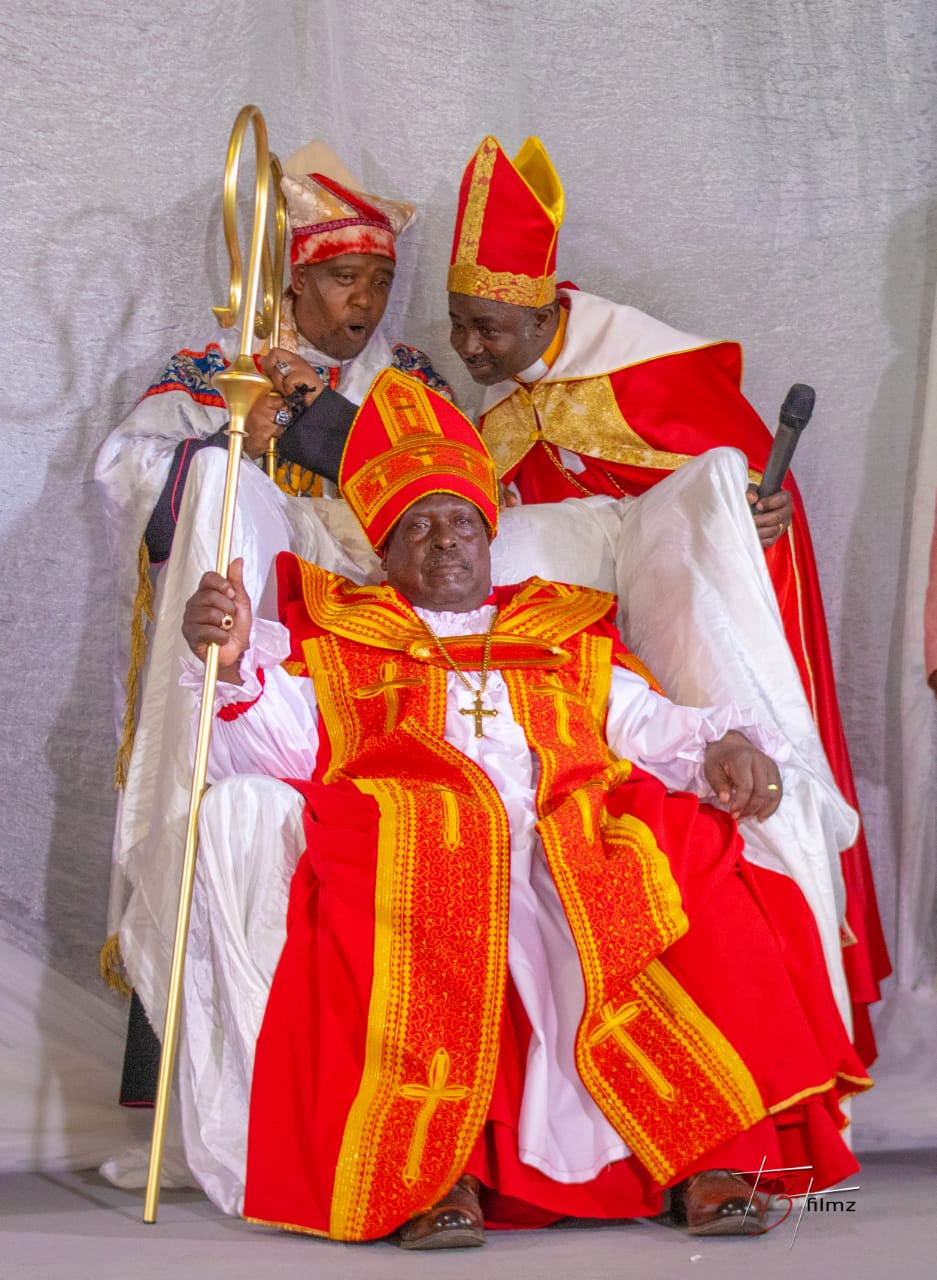 From humble beginnings to Arch Bishop and honorary doctor

Veteran cleric Hoveni Robert Shikwambane of the High Dimension Christian Fellowship in Malamulele, Limpopo Province, who has been promoted to the position of Arch bishop as well as awarded honorary doctorate at the age of 81 has come a long way.

Born at Mafarana village outside Tzaneen on April 14 1940, and herded cattle and goats like anybody in the area.

But in 1956 at the age of 16, something happened that was to be a turning point in his life.

“Who is your Shepherd?” they asked the senior Shikwambane.

He said his father, who had not understood the question for what it was, responded: “I have a shepherd looking after my livestock.”

The two later explained to the senior Shikwambane were simply saying to him that someone was looking after the livestock and there was someone looking after him, God.

After talking to the father, the two later left, and impressed with how they were dressed the young followed after them.

“When I looked at them, I immediately felt I wanted to be like them. But when they left, I followed them to ask more about them but after I reached the gate, I looked around and I did not know what direction they had taken,” he said.

In hind sight, he think those people were angels and they were not coming for his father but had been sent by God to him.

“Immediately after they left, I was born again,” he said.

Thereafter, the young man left school at Standard 1 and the only thing he thought of was to pursue to be a pastor.

He sought admission to study at the Central Bible College and was grated conditional admission, despite it being without any recommendation from any church.

After enrolling in 1976 and completed in 1977, the Apostolic Faith Mission Church appointed him as a pastor on a 6 months’ probation and God directed him to Malamulele.

This was to be from true humble beginnings…

“Operating from a tin shack, I was the laughing stock but after some time people ate humble pie because I also bought cars and a bus.”

In 1979, the late Pastor Reinard Bonke who was from Germany came to Malamulele and roped Shikwambane to his Christ for All Nations team, preaching at crusades and praying for people.

In 1982, he furthered his studies with the attendance of the whole year evangelism seminar at the Roberts University in the United States of America.

While in the US, a junior pastor was assigned to minister to his churches.

He later sought permission from his church to expand his territory and preached in neighbouring Mozambique where he opened 35 AFM branches.

He resigned in 1992 to start his international mission work.

In his missionary work, pastor Bonke also invited him to a Europe tour where they preached in Finland and Germany.

He was also invited to teach in Holland with Billy graham. He also parched in Switzerland and Israel.

At home in Africa, he has preached in Swaziland, Zimbabwe, Malawi and Mozambique.

He currently conducts mission work with Living Word Ministries and Faithnet in South Africa where he does mission work in five African countries.

He is the provincial manager of 85 churches and a spiritual father of more than 20 pastors.

He is the leader of High Dimension Christian Fellowship in Malamulele with 5 branches.

A week ago, he The 81 year old was last week honoured by the Living Faith Ministries Inc. based in Duluth, Appleton in the state of Wisconsin in the United States.

A certificate was presented to him at the event in his church in Malamulele a week ago.

Messages on the certificate presented to him by the organization’s president Dr Billy M Ferg and vice president Reverend Dawn S Ferg read: “Hoveni Robert Shikwambana was awarded the degree “after satisfactory examination of his service to our Lord and savior Jesus Christ.”

He was awarded the Doctor of Divinity degree.

There is no doubt that he has come a long way and his perseverance for years has paid off after so many years in the ministry.

“He is my spiritual father and for years he ministered the gospel changing many lives. I am happy that he has finally honoured to our satisfaction,” he said.

The newly appointed Arch Bishop and honorary doctor says he is overwhelmed. “I will always think of the two gentlemen. With my broken English, I am recognised the whole world.”