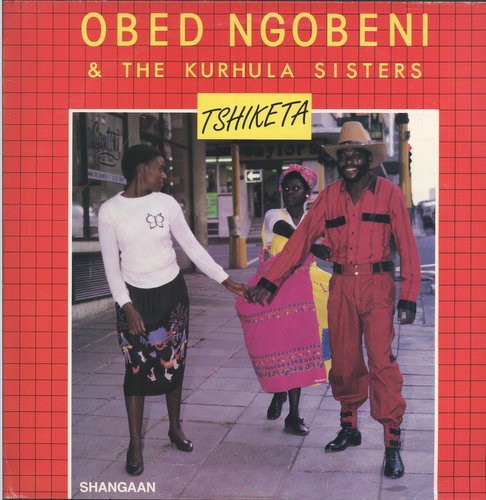 Obed Ngobeni may not have known that his track Ku Hluvukile eka ‘Zete’ would become a timeless classic and anthem sampled by artists beyond his rural Gazankulu long after his death. In this edited article Vonani F Bila explores the influence of the musician and his backing singers the Kurhula Sisters.

Bila catalogues Ngobeni’s significance as a pioneer of Xitsonga disco that helped shape South Africa’s ‘township bubblegum’ sound of the ’80s. He argues that Ngobeni defied apartheid’s social engineering in an attempt to foster and affirm African cultural values.

Veteran musicians such as Mahlathini and the Mahotella Queens, Harry Belafonte and several deejays have recorded versions of Kazet and toured the world, thus extending its reach beyond racial and ethnic confines – placing it on the continent and world music circuit.

Ngobeni’s music serves as an example of excellence emanating from the so-called backward and ‘unbookish’ pockets of our country.

Hence, I argue that music on the periphery is central in shaping critical perspectives, cultural affirmation and conscientising people around the issues of labour exploitation, cultural and historical marginalisation.

Through the song Ku Hluvukile eka ‘Zete’, Ngobeni reimagined a new, humane and egalitarian society way back in the ’80s before the advent of liberation and democracy in South Africa.

Through oral testimonies and interviews of men and women who worked on the ZZ2 farms as well as musical archives and other phenomenological approaches, the story of Ngobeni is revealed with sensitivity to the factors that foregrounded his music.

According to Afrosynth Records (2019), Obed Ngobeni and his backing singers the Kurhula Sisters were amongst the originators of Shangaan disco, a genre that helped shape South Africa’s burgeoning ‘bubblegum’ sound of the ’80s.

Ngobeni came to prominence in the early 1980s (from the ‘unbookish’ N’wa-Xinyamani village, in Limpopo province – author’s emphasis), with his 1983 hit Ku Hluvukile ka ‘Zete’.

The hit was produced by Peter Moticoe (Heads Music), later re-recorded by the same artist in 1986 as Kazet (Teal Sounds). Afrosynth further notes that this song gained international recognition as Kazet, and it is the first in Xitsonga music history, to attract scores of artists around the world to record their versions.

Simon Nkabinde (1937–1999) – the groaning lion of Soweto and king of mbaqanga better known as Mahlathini and the Mahotella Queens released his version as Kazet in the album Paris–Soweto (Gallo Record Company:1987), the venerable West Nkosi as producer.

Civil rights activist and humanitarian Harry Belafonte from the United States of America versioned it as Paradise in Gazankulu in 1988.

This track is available on several Digital Service Providers (DSPs) such as Apple Music, Spotify, Deezer and YouTube. According to SA Music News (2021), Kwazet reached number 1 on Ukhozi FMTop20 charts.

Sevhani (pers. comm., 19 March 2021) asserts that his father was born on 27 December 1954 to Daniel Ngobeni and Mamayila Ndzove. He started his primary school at Rivolwa on the hill that overlooks N’wa-Xinyamani, Chavani and Shirley villages.

N’wa-Xinyamani is the former Headman of Chief Bungeni, but now under Hosi Chavani Mukhari. The village is one of the largest settlements of Vatsonga in the Levubu river valley.

It is made up of predominantly Vatsonga and Vhavenda and symbolises deprivation 27 years since the 1994 political miracle. This populous village has no factories. The economically active men seek employment in the big cities of Tshwane and Johannesburg.

The less-educated women eke out a living on farms like ZZ2 or as nannies in the households of the village’s middle-class segment – the teachers, nurses and the police. The village roads are impassable, especially when it rains. They compare well with cattle trails and grottos!

Yes, there are more brick houses built by individual households as well as a sprinkle of government’s low-cost housing called the Reconstruction and Development Programme (RDP).

The grass-thatched mud huts and paraffin lamps of the ’70s seem like history. Those who can afford to drill for their boreholes do so to mitigate against the acute shortage of water so that they do not share water with animals in streams littered with soiled baby nappies called Pampers.

In the ’80s, N’wa-Xinyamani was labelled ‘hala minkoveni’, implying a place of impious heathens riddled with fear, anxiety, suspicion and bedeviled by the primitive and dreaded sorcerers.

That was the careless dogma we had inherited from the sadistic and scornful Christian missionary relics. Thinking about poverty and underdevelopment of this village reminds me of Reverend Cosmass Desmond’s book (1971), The Discarded People, in which he describes the forced removals and the creation of Bantustans in late 1960s, to ensure, as Lee and Colvard (2003:1) asserts, ‘that eventually there are no Africans who are citizens of South Africa’.

Besides relative peacefulness, N’wa-Xinyamani, epitomizes a neglected community with very little to celebrate. Common resources such as arable and grazing land, thatching grass, wood and water are fast diminishing because of fire, deforestation and climate change.

Indicators of progress in N’wa-Xinyamani and the broader Chavani area are embodied in the Tribal Office and a Community Health Centre built around the late 1960s, public schools and household electricity despite the ongoing and irritating Eskom power outages.

Key village personalities include musicians Obed Ngobeni and Samson Mthombeni – the latter revered as a pioneer of Xitsonga traditional music. A rare jewel is Dr Dakalo Muavha– one of South Africa’s four urogynaecologists who grew up in the village, raised by a single mother who supported her family by selling sweets in street corners.

He too, grew up inspired by Ngobeni’s music of hope. On the political front, the village brags about Deputy Minister Dr David Masondo and a prominent ANC leader and founder of Topisa Foundation.

These age-old practices seem to contribute to peace, happiness, trust and the general welfare of the village, despite the obvious disturbing challenges of acute unemployment, low literacy levels, poor diet and nutrition, alcohol abuse, HIV/AIDS diseases, and the now widespread COVID-19 deaths.

Like many rural villages, traditional beliefs still hold sway in as much as Christian values and practices are embodied. The rural outpost of N’wa-Xinyamani is the place that shaped Ngobeni’s outlook of the world before his relocation to Pimville, Soweto, to live with his father who was working for the South African Railway Services.

In Soweto, Ngobeni went to Orlando High School until Standard 8. In the song Ku Hluvukile eka ‘Zete’ and its later version Kazet no 2, Ngobeni raves about the imagined express economic activities in his forgotten village, and the then Gazankulu bantustan in particular.

According to Wikipedia (2021a), the total length of the then Gazankulu (1973–1994), from Elim Hospital to Hazyview, was 317 km long, which is a distance equivalent of travelling from Pretoria to Bandelierkop in Limpopo.

The homeland consisted of the ‘Mainland Gazankulu’ which were Elim, Giyani and Malamulele, with three large exclaves, which were Bushbuckridge, Tzaneen and Phalaborwa.Ku Hluvukile eka ‘Zete’ was produced by Peter ‘Hitman’ Moticoe in Johannesburg. It brought unusual freshness into the Xitsonga sound.

The known Xitsonga sound before Ngobeni was neotraditional music of M.D. Shirinda and Gaza Sisters, Thomas Chauke and Xinyori Sisters and Elias Baloyi and Mamba Queens.

It was dependent on guitars, percussions, human voices of the leader and chorus, and sometimes wind instruments. Ngobeni was different. He yearned to be unique. His music was loaded with voices, strophic, rhythmic, blended with the voices of women in chorus, imaginative variation, synthesizers and strong bass. His son and musical genius Sevhani (pers. comm., 19 March 2021), believes that his father always wanted to create uniquemusic which would appeal to a diverse audience beyond the narrow taste of Xitsonga traditional music.

The study explores and describes the attitudes, perceptions, observations and lived experiences of ZZ2 farmworkers and dwellers towards the idea of change and transformation in the former Gazankulu homeland.

Ngobeni’s health deteriorated after returning home to N’wa-Xinyamani from Gauteng. His wife Jane (2021) says he complained of stomach pains, cramps, fever and would constantly vomit. Before his death, he had had three major operations. He died on 23rd May 2002 at the Tshilidzini Hospital in Shayandima, near Thohoyandou, at the age of 48. Tshilidzini is one of the poorly serviced rural hospitals in the Vhembe district. His death certificate states Ngobeni died from peritonitis – perforated bowel.

*Vonani F Bila is an author, scholar and activist based in Limpopo province.