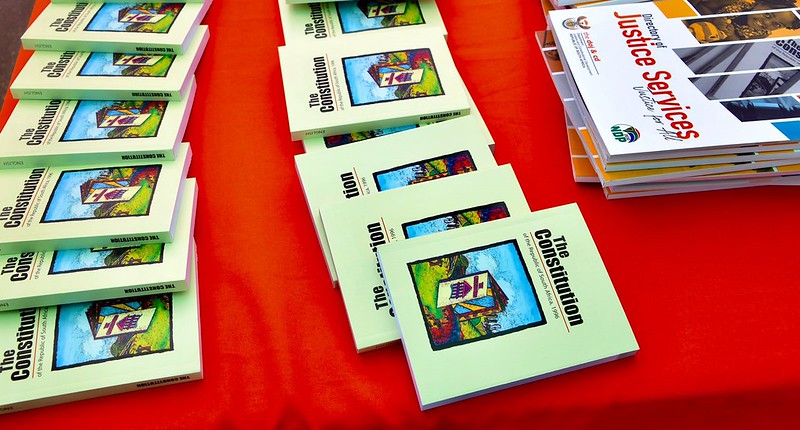 African Union Legal Frameworks aim to break the cycle of violence against women and girls.

In Africa, the most prevalent forms of Violence Against Women and Girls (VAWG) reported and documented, include, among others, Intimate Partner Violence (IPV), which manifests in physical, sexual or psychological violence by an intimate partner; Female Genital Mutilation (FGM), which is a common cultural practice in some parts of Africa; Early Child and Forced Marriage where girls below 18 years are forced into marriage; as well as Sexual Violence in Conflict (SVC) which includes rape, sexual assault with violent physical assault, kidnapping, sexual slavery and forced prostitution in conflict situations.

The persistence of VAWG in Africa is mainly associated with gender power relations reflected in well and commonly ascribed and accepted social norms, entrenched in patriarchal systems characterized by male dominance, unequal distribution of resources and power combined with social institutions that sustain gender inequality. These norms in the name of culture, dictate behaviors and attitudes that perpetuate stereotypes which are the most significant barriers to eliminating and preventing VAWG. Poverty and lack of income and assets add to women’s vulnerability to violence.

The rights of women to physical and psychological integrity are often compromised when women are subjected to violence and violations, which often happen in the context of violence against women, harmful traditional practices, poor health services and sexual violence including during armed conflict. The African Union (AU) views Violence Against Women and Girls as one of the critical impediments to women’s realization of their fundamental rights including the rights to life, human dignity, peace, justice, socio- economic and political development.

In 2020, Africa and the world at large experienced an unprecedented surge in Violence Against Women and Girls as a result of the lockdown and movement restrictions to contain the spread of the Covid-19 pandemic. Labelled the “shadow pandemic”, it was estimated that for an average lockdown duration of three (3) months, there would be an additional 15 million cases of VAWG; 31 million for an average of six (6) months; 45 million for an average of nine (9) months; and 61 million if the average lockdown period extends up to one (1) year. Across the African continent in particular, gender data shows exacerbated gender inequalities under COVID-19, placing women and girls at greater risk of VAWG.

The East African Community (EAC) reported a sharp increase in the number of Gender-Based Violence (GBV) cases. Ministries responsible for Gender across the region reported a 48% increase in the Gender-Based Violence cases reported to the Police or through the GBV Toll-Free lines. At the national level, official reports also showed that within the first week of level 5 lockdown, South African Police Services received 2,320 complaints of gender-based violence, a 37% increase from the weekly average of South African GBV cases reported for 2019. Liberia recorded a 50% increase in gender-based violence in the first half of 2020. Between January and June, there were more than 600 reported rape cases. In Algeria, several cases of femicide were committed since the beginning of 2020. The incidents increased in the context of the COVID-19 confinement, with a murder occurring every three to four days.

Following school closures, gender inequalities intensified especially for the poorest girls and adolescents who faced a greater risk of early and forced marriage, sexual abuse and unintended pregnancy. In Kenya, for instance, data showed that in the far northern town of Lodwar, teenage pregnancies nearly tripled to 625 in June-August 2020, compared to 226 in the same period in 2019. In Malawi, it was reported that at least 5,000 cases of teenage pregnancies in Phalombe district in the nation’s south, and more than 500 girls had been married off following the pandemic. In Uganda, at least 4,300 teenage pregnancies were registered in the first four months of the COVID-19 lockdown by the Ministry of Gender, Labour and Social Development. These statistics reflect the deep-seated structural inequities that feed and continue to provide a fertile ground for VAWG.

The African Union Campaign on Ending Violence Against Women and Girls.

The African Union Commission Chairperson H.E. Moussa Faki Mahamat, during the 16 Days of Activism Campaign to End Violence against Women and Girls in December 2017 highlighted the need to end VAWG and called for accelerated action to prevent and end this epidemic.

In this regard, the Women, Gender and Youth Directorate (WGYD), has developed the framework for the African Union Campaign on Ending Violence against Women and Girls, aimed at accelerating implementation of agreed obligations to prevent and end VAWG. The Campaign built on past experiences aims to ensure inclusiveness in terms of targets and partnerships to break the cycle of VAWG in Africa. The campaign is articulated around three pillars, namely: (i) prevention; (ii) advocacy and resource mobilization; and (iii) knowledge development and reporting and will be anchored within the continental and global development frameworks, i.e. Africa’s Agenda 2063 and Agenda 2030 on Sustainable Development Goals. It follows a rights-based approach and the principle of “leave no one behind”. The campaign complements other existing initiatives, such as campaigns to end female genital mutilation and marriage of girls.

The African Union Men’s Conference on Positive Masculinity in Leadership to Eliminate Violence Against Women and Girls.

Men in their various leadership diversities will be mobilized to play a key role in supporting and driving efforts towards the eradication of VAWG on the continent. Held under the theme ‘’African Men Leaders Engage in Positive Masculinity Approaches to End the Scourge of Violence Against Women and Girls in Africa’’, the Conference seeks to mobilise commitment and galvanise action by men in leadership to accelerate the prevention and elimination of violence against women and girls in Africa at all spheres and at all levels. The Men’s Conference also aims to secure commitment to create enabling environments to ensure an increase in the numbers of women in leadership at all levels, including as heads of state, government and other sectors to take this agenda forward while also creating political ownership of the AU Campaign on ending VAWG at national level. Leaders representing governments, business, youth, traditional and religious sectors, among others, will adopt a declaration with concrete actions and strategies to enhance men’s leadership and role towards ending VAWG, in their various capacities. The declaration will inform the engagement of African men and boys going forward. For more details, visit – Men’s Conference on Positive Masculinity.

The Maputo Protocol on Women’s Rights in Africa.

Protection from VAWG in Africa is encapsulated in various binding and non-binding legal instruments. For example, the adoption of the Protocol to the African Charter on Human and People’s Rights on the Rights of Women in Africa (the Maputo Protocol) in July 2003 was a historical milestone in the realization of the rights of women in Africa. Today, this instrument constitutes a model and an endless source of inspiration for the women in Africa. To date 42 African countries out of 55 have ratified the Maputo Protocol. The Protocol commits State Parties, among others, to adopt specific measures to combat violence against women, whether in public or private spaces, and to prohibit harmful practices which negatively affect the human rights of women and girls.

Explicit mention of violence against women is made in Article 4, which deals with the rights to life, integrity and security of the person. The Maputo Protocol notes a number of violations related to the aforementioned rights including protection of women from trafficking. It stresses that women should be protected from scientific experiments without their informed consent and calls upon state parties to enact and enforce laws to prohibit all forms of violence against women. The states are also required to allocate adequate budgetary resources for the implementation and monitoring interventions geared towards eradicating violence against women.

Article 5 of the Maputo Protocol deals exclusively with women’s protection from harmful practices. The section outlaws all forms of FGM, scarification and medicalization of FGM. State parties are required to eradicate elements in traditional and cultural beliefs, stereotypes, practice which exacerbate violence against women and to end all forms of harmful practices which negatively affect the human rights of women.

Learn More about the African Unions’ strategies and guiding legal instruments that focus on the attainment of gender equality and women’s empowerment in all spheres of life in Africa including developing and implementing policies and programmes that address issues related to women and girls’ rights, advocate for their protection and prohibit violence and harmful practices and other social norms that disempower women and girls. These include, the AU Strategy for Gender Equality & Women’s Empowerment, the Protocol to the African Charter on Human and Peoples’ Rights on the Rights of Women in Africa (Maputo Protocol), the Solemn Declaration on Gender Equality in Africa (SDGEA) and the African Charter on the Rights and Welfare of the Child.  www.aun.int